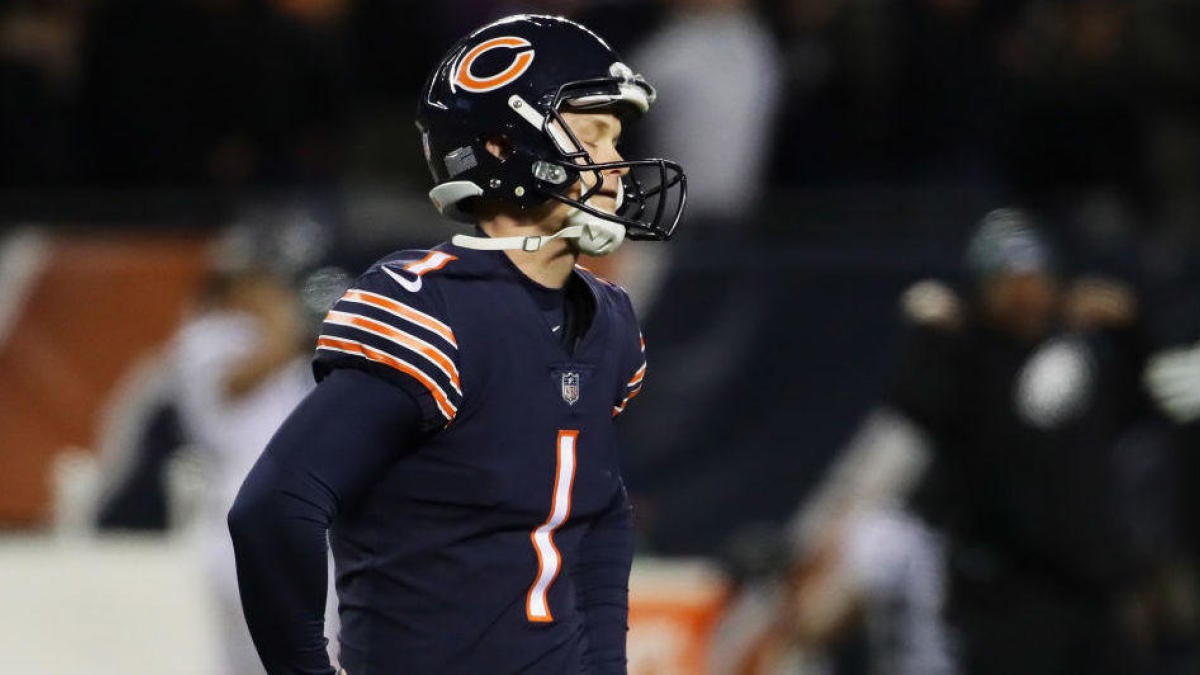 Former Chicago Bears kicker Cody Parkey is finally getting another chance.  According to NFL.com, Parkey is expected to sign with the Tennessee Titans on Tuesday, which means he’ll likely be the team’s kicker when they play at Denver this weekend. Parkey has been a free agent since February when the Bears unceremoniously cut him following a disastrous season that ended with one of the most dramatic missed field goals in NFL history.

During the 2018 season, Parkey missed a total of 10 kicks (seven field goals, three extra points) and finished with the third-worst field goal percentage in the NFL (23 of 30, 76.7 percent). Of course, the missed kick that NFL fans remember the most is the one that took place during the Bears’ 16-15 wild-card loss against the Eagles back in January.

With just under 10 seconds to play, Parkey missed a 43-yard field goal attempt after the ball was tipped by Philadelphia’s Treyvon Hester. The flailing ball hit off the left upright and the crossbar before bouncing out.

The crazy thing about Parkey’s miss isn’t it wasn’t the first time that he had hit an upright last season. In 2018, Parkey hit the crossbar or the upright on six of his 10 misses, which means that he was only inches off on each kick. Basically, if Parkey was having any mechanical issues on his kicks, they’re easily correctable, it’s just a matter of whether or not he’s mentally over the miss against the Eagles.

The Titans kicking job became available on Monday after the team decided to part ways with Cairo Santos. During a 14-7 loss to the Bills, Santos went 0-for-4 on field goals with the misses coming from 50, 36, and 53 yards. Santos also had a 33-yard miss in the game, but that kick was partially blocked from the Bills.

After the loss, Titans coach Mike Vrabel said he still had confidence in Parkey, but he clearly had a change of heart after sleeping on it.

“I have confidence in him,” Vrabel said Sunday, via ESPN.com. “I think we all have a job to do. We like to think that if you make mistakes, we can get them fixed and corrected. This is a guy who’s made some kicks for us. We’ll have to do a better job making them, and coaching him, and executing them.”

With four misses, Santos became just the 21st kicker in NFL history to miss four field goals without making one.

Santos wasn’t even expected to be the Titans’ kicker this season. The job has belonged to Ryan Succop since the 2014 season, but the Titans had to find a replacement for him after Succop was placed on injured reserve. Santos was signed in September, just days before Tennessee’s opener. If Succop’s healthy, he’ll eligible to return to action in Week 9, which means this could end up being a short stay in Nashville for Parkey.

The former Bears kicker is now on his fifth team in six seasons. Besides the Bears, Parkey has also spent time with the Eagles, Browns, and Dolphins.