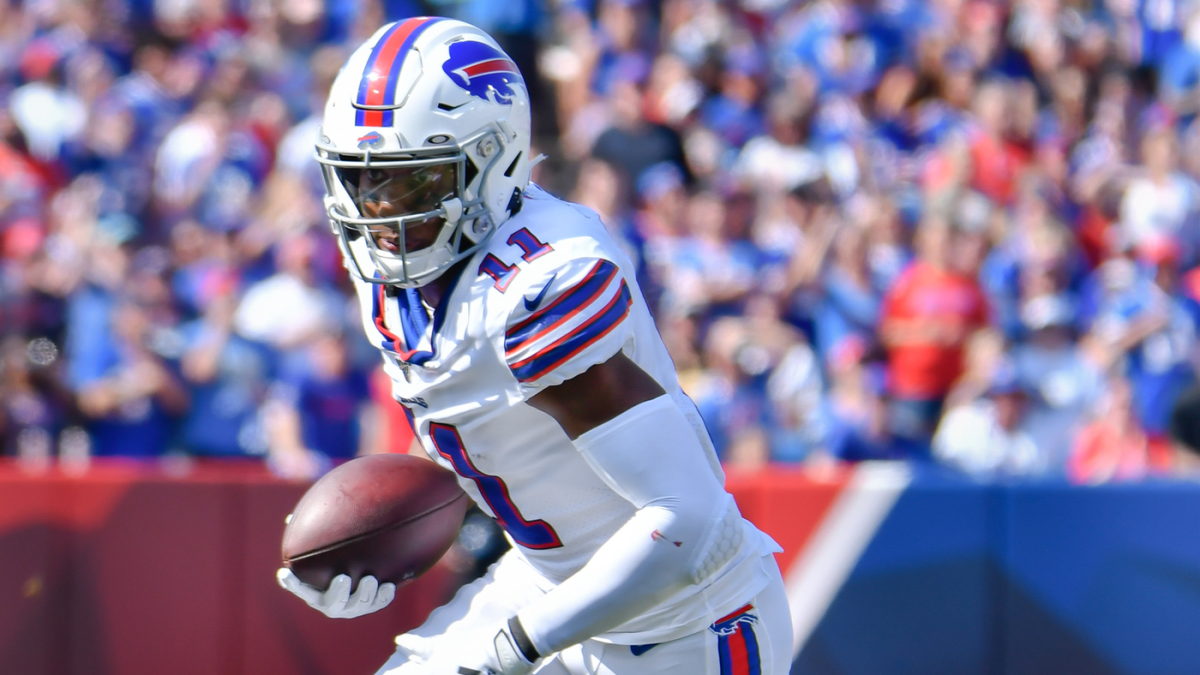 Zay Jones is getting a chance to revitalize his career.

On Monday night, ESPN’s Chris Mortensen reported that the Buffalo Bills have traded the veteran receiver to the Oakland Raiders in exchange for a fifth-round pick in the 2021 draft.

Jones, the 37th overall pick in the 2017 draft, has just seven receptions for 69 yards and zero touchdowns in five games this season. In 36 games with the Bills, the 6-foot, 200-pound wideout caught 90 passes for 1,037 yards and nine touchdowns. In 16 games last season, Jones caught 56 of 102 targets for 652 yards and seven touchdowns while averaging 11.6 yards per reception.

After enjoying a prolific collegiate career at East Carolina, Jones found himself buried on Buffalo’s depth chart during his third NFL season, with fellow receivers John Brown and Cole Beasley being one and two on the Bills in receptions and receiving yards, respectively.

While Buffalo gets a draft pick, Oakland gets a receiver that may just need a change of scenery after a disappointing start to his career. Raiders head coach Jon Gruden has brought in several veteran receivers in his second stint with team with varying results. While former Pittsburgh wideouts Martavis Bryant and Antonio Brown were busts, Tyrell Williams, a former Chargers receiver who is in the midst of his first season with the Raiders, leads Oakland with four touchdowns through five games. J.J. Nelson, another 2019 acquisition who spent his first four seasons with the Arizona Cardinals, has just 36 receiving yards through two games.

Both Williams and Nelson have been battling through injuries as of late, which is what likely promoted the Raiders to acquire Jones. Despite their recent injuries at receiver, Oakland is coming off an upset victory over the Chicago Bears that upped the Raiders’ record to 3-2 entering their Week 6 bye.