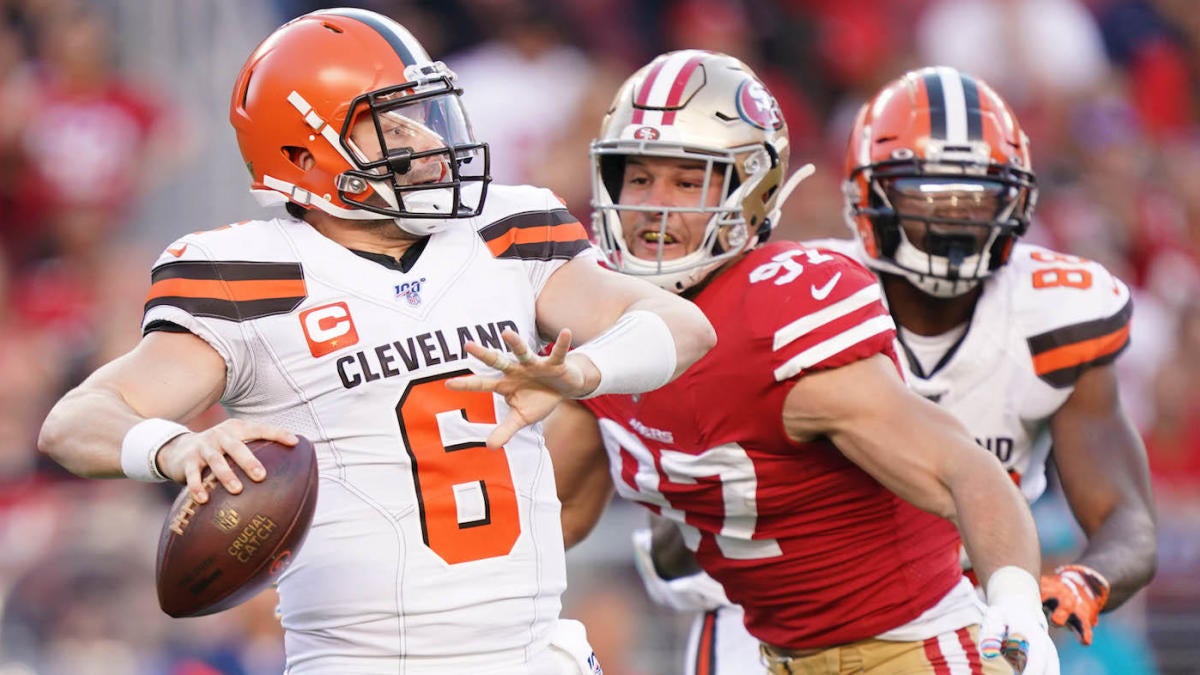 Heading into Monday night, you probably forgot about Baker Mayfield planting the Oklahoma flag at Ohio State back in 2017. While you may have, Nick Bosa sure didn’t.

With the first half of Cleveland and San Francisco’s Monday Night Football matchup coming to a close, the former Buckeye decided to get his revenge on the former Sooners star.  Mayfield was rolling out to pass, but Bosa was able to grab ahold of him and forced him to throw it away. After taking him to the ground, Bosa ran down the field, motioned as if he was waiving a flag, speared the earth and planted that imaginary flag in a similar style to Baker all those years ago.

This was the cherry on top of what was a dominant first half for Bosa as he totaled three tackles, a sack and four quarterback hits. While he wasn’t able to get the sack on that play, taking down Baker to force intentional grounding was probably one of the sweeter moments of his young NFL career.

“I’m sure my Buckeye fans know a couple years back Baker planted the flag in the Horseshoe, so I had to get him back for it,” Bosa said in a postgame interview with ESPN’s Lisa Salters.