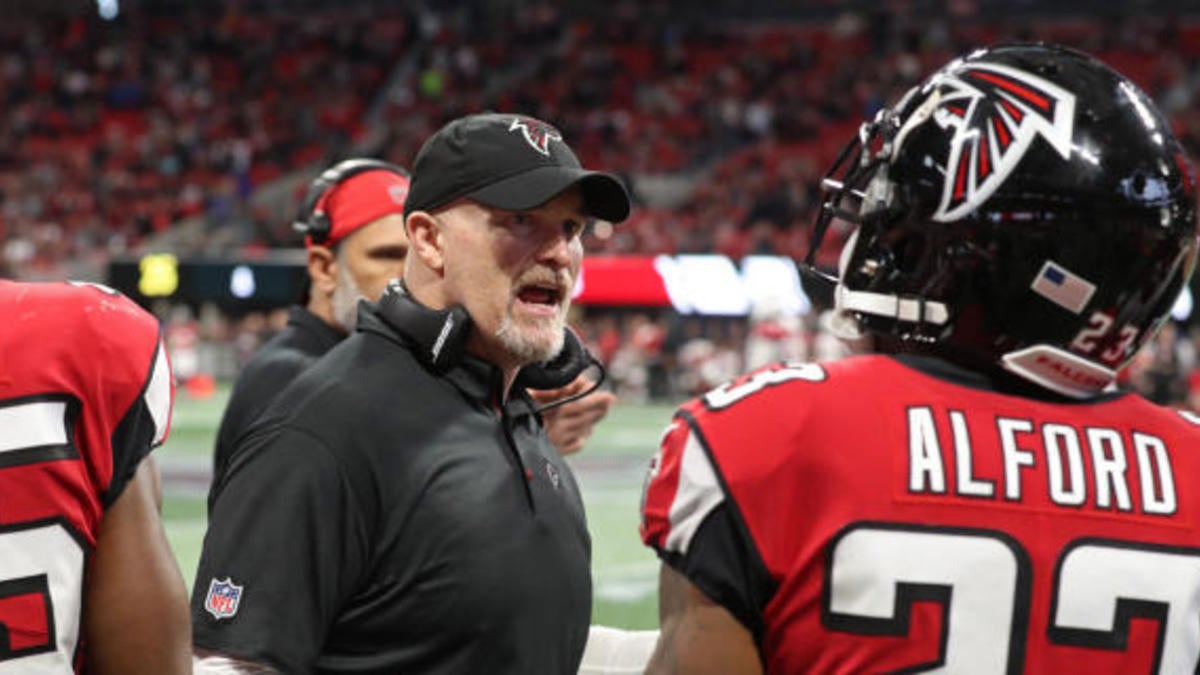 The Atlanta Falcons had high hopes going into the 2019 season, and just five weeks into the year, they’re already on the verge of collapse. If you watched Super Bowl LI, then you already know that no team does collapsing better than the Falcons.

In what could end up going down as their most embarrassing loss of the season, the Falcons got beat in every way that an NFL team can get beat during Sunday’s 53-32 loss to the Texans. As a matter of fact, the loss was so bad that Falcons owner Arthur Blank was asked after the game if he might consider making a coaching change.

“No,” Blank said, via ESPN.com. “This staff has performed before. My hope is they can fix what needs to be fixed and start winning some games.”

Well Arthur, the problem with that is that literally everything needs to be fixed, and that became clear after the loss in Houston. One of the reasons the Falcons hired Dan Quinn is because of his ability to design a strong defense, but he clearly couldn’t come up with anything to stop Deshaun Watson, who threw for 426 yards and five touchdowns.

The Falcons gave up 592 yards of total offense to the Texans, which is the most they’ve given up since 2002 and the third most they’ve given up in franchise history. The 53 points scored by Houston was also a black eye for Atlanta. The Texans’ point total was the most that any team had scored on the Falcons since 2004. Basically, it was a historically bad performance.

The most embarrassing part for the Falcons is that they couldn’t get any pressure on Watson, which has been one of the easiest things to accomplish for any NFL defense this season. Going into Week 5, Watson had been sacked 18 times on the year, which is an average of 4.5 times per game and was the third-worst total of any team in the league.

So what did the Falcons do against Houston’s offensive line? Absolutely nothing.

In a game where Watson threw 33 passes, he was sacked zero times and only hit once, which allowed him to make throws like this.

After holding the Texans offense to a punt on its first possession, the Falcons didn’t force another punt for the rest of the game.

The 1-4 Falcons have a lot issues that need to be fixed, and it’s starting to look like Quinn might not be the guy to fix them, even if Blank thinks that he can. One issue that’s been plaguing Quinn is his inability to beat AFC teams. Including their loss to Houston, the Falcons are now 1-12 in their past 13 regular season games against the AFC.

The good news for the Falcons is that they get the Cardinals in Week 6, which is the ideal opponent to face when you’re trying to fix things. However, after that game the Falcons play the Rams, Seahawks and Saints in consecutive weeks, which means they could be out of the playoff race before Thanksgiving, and if that happens, Blank might actually have to think about making a move.

Oakland 24-21 over Chicago in London