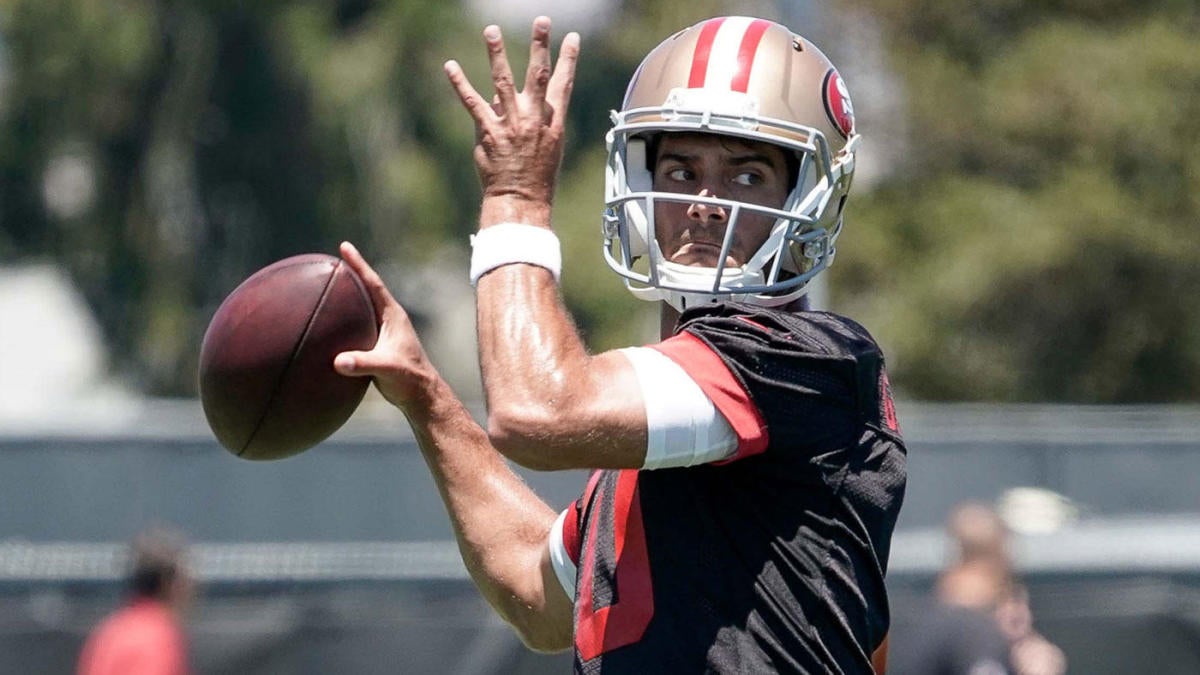 Off to their best start in 21 years, the San Francisco 49ers look to stay perfect when they host the Cleveland Browns on Monday Night Football. It’s an 8:15 p.m. ET kickoff from Levi’s Stadium. San Francisco (3-0) had a bye week after opening the season with wins at Tampa Bay, at Cincinnati and versus Pittsburgh. It’s been a dramatic turnaround for the Niners, who mustered just 12 wins total from 2016-18, the second-fewest in that span. Cleveland (2-2) also enters with momentum after a dominant 40-25 win at Baltimore. Bookmakers list San Francisco as a five-point home favorite in the latest 49ers vs. Browns odds, with the over-under for total points set at 47. Before you make any Browns vs. 49ers picks, see the Monday Night Football predictions from SportsLine data scientist and Cleveland expert Stephen Oh.

The renowned co-founder of Accuscore, Oh simulates each game 10,000 times using the SportsLine Projection Model. Last season, he nailed 26 of his 37 NFL picks against the spread, an incredible 70 percent success rate.

And Oh is uncanny when it comes to the Browns. In fact, all-time, Oh is 8-1 on against the spread picks for or against the Browns. That includes Week 2, when Cleveland (-6.5) cashed easily on Monday Night Football, crushing the Jets 23-3. Anyone who has followed him is way up.

Now, Oh has crunched the numbers and locked in another confident against the spread pick for Browns vs. Niners. It’s available only at SportsLine.

Oh knows quarterback Jimmy Garoppolo has been a steady leader this season for the Niners, completing 69 percent of his throws for 739 yards and five touchdowns. San Francisco ranks third in scoring at 32 points per game, but the 49ers’ biggest improvement has come on defense.

After ranking near the bottom in every major defensive category last season, San Francisco enters Week 5 ranked third in total defense (283.3), fifth in yards-per-play allowed (4.7) and eighth in points allowed (18.0). And this proud franchise historically plays well in the Monday Night Football spotlight, going 26-7 against the spread in its last 33 appearances.

But just because San Francisco is undefeated and playing at home doesn’t mean it’ll cover the 49ers vs. Browns spread on Monday Night Football.

Cleveland struggled out of the gate, perhaps feeling the pressure of massive expectations, but the Browns put it all together last week in Baltimore. Quarterback Baker Mayfield threw for 342 yards, hooking up with wide receiver Jarvis Landry eight times for 167 yards, while running back Nick Chubb ran for 165 yards and three scores. Chubb ranks fourth in the NFL with 368 rushing yards after four weeks.

With the 49ers prone to giveaways — they had five in their Week 3 win over Pittsburgh — there will be opportunities for a talented Browns defense that’s forced seven turnovers, tied for eighth-most in the NFL. Cleveland also has covered its last four road games, including both this season.

We can tell you Oh is leaning over, and he’s also isolated a critical X-factor that makes one side of the spread a must-back. He’s only sharing what it is, and who to back, over at SportsLine.