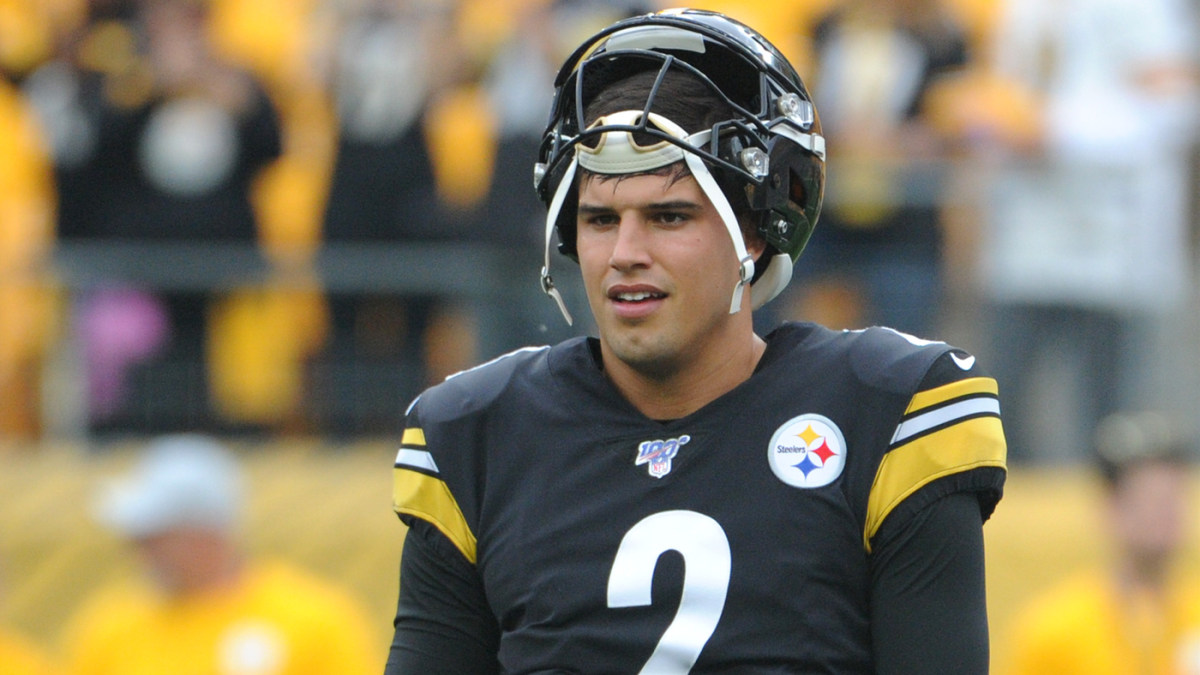 Mason Rudolph has had a whirlwind 24 hours.

During the third quarter of Sunday’s game, the Pittsburgh Steelers‘ starting quarterback was temporarily unconscious after receiving a helmet-to-helmet hit by Baltimore Ravens safety Earl Thomas. Rudolph, after regaining consciousness, was sent to a local hospital before spending the night at his home.

On Monday, a day after Pittsburgh’s 26-23 overtime loss to the Ravens, Rudolph was back in the locker room and, by all accounts, looked the way he always does the day after a game. Rudolph, who is in the NFL‘s concussion protocol, was seen chatting with his teammates a day after suffering one of the scariest moments of the 2019 NFL season thus far.

“I shot him a text last night, and he replied,” Steelers defensive captain Cameron Heyward told Joe Rutter of the Pittsburgh Tribune-Review. “To see him in person and see him doing a lot better than yesterday is a good sign.”

Rudolph will have to go through five steps before he is cleared by an independent neurological consultant to be removed from the concussion protocol. Rudolph is currently in the “rest and recovery” phase before he can begin light aerobic exercises. Rudolph will then be permitted to do increased aerobic exercises while adding strength training into his workout regiment before he can begin partaking in football related activities. Lastly, Rudolph will be cleared to participate in “full football activity” which in essence is the completion of a regular team practice.

While his status for next Sunday night’s road game against the Los Angeles Chargers is still very much up in the air, undrafted rookie Devlin Hodges is currently slated to get Pittsburgh’s first team reps when the Steelers begin practicing for the Chargers on Wednesday. Hodges, who failed to make Pittsburgh’s initial 53-man roster before being added to the practice squad after the regular season had already begun, went 7-of-9 for 68 yards on Sunday while directing two second half scoring drives. He appeared on his way to helping the Steelers pull off the improbable victory before Baltimore cornerback Marlon Humphrey forced and recovered a fumble of receiver JuJu Smith-Schuster that set up Justin Tucker’s game-winning field goal in overtime.

One of the most prolific passers in FBS history, Hodges left Samford as the school’s all-time leading passer. The 2018 Walter Payton Award winner (the FCS equivalent of the Heisman Trophy), the 6-foot-1, 210-pound quarterback threw for 14,584 yards and 111 touchdowns with just 41 interceptions.

“Just a very confident guy,” Smith-Schuster said of Hodges, who played well enough during the preseason to earn serious considering to be on the team’s initial 53-man roster. “He came in the game ready to play. He hasn’t practiced with us at all throughout the week. Knowing his confidence, and his emotions were strong. He was ready to play.”

While Rudolph looks to main progress while in the league’s concussion protocol, Thomas, who defended his hit while speaking with reporters after the game, will be fined but will not face a suspension for his hit on Rudolph, according to NFL Network’s Tom Pelissero.

Despite their 1-4 record, the Steelers are only two games behind the Ravens for first place in the AFC North. The Cleveland Browns are currently 2-2 and will move ahead of Baltimore in the division standings if they defeat the San Francisco 49ers on the road on Monday.