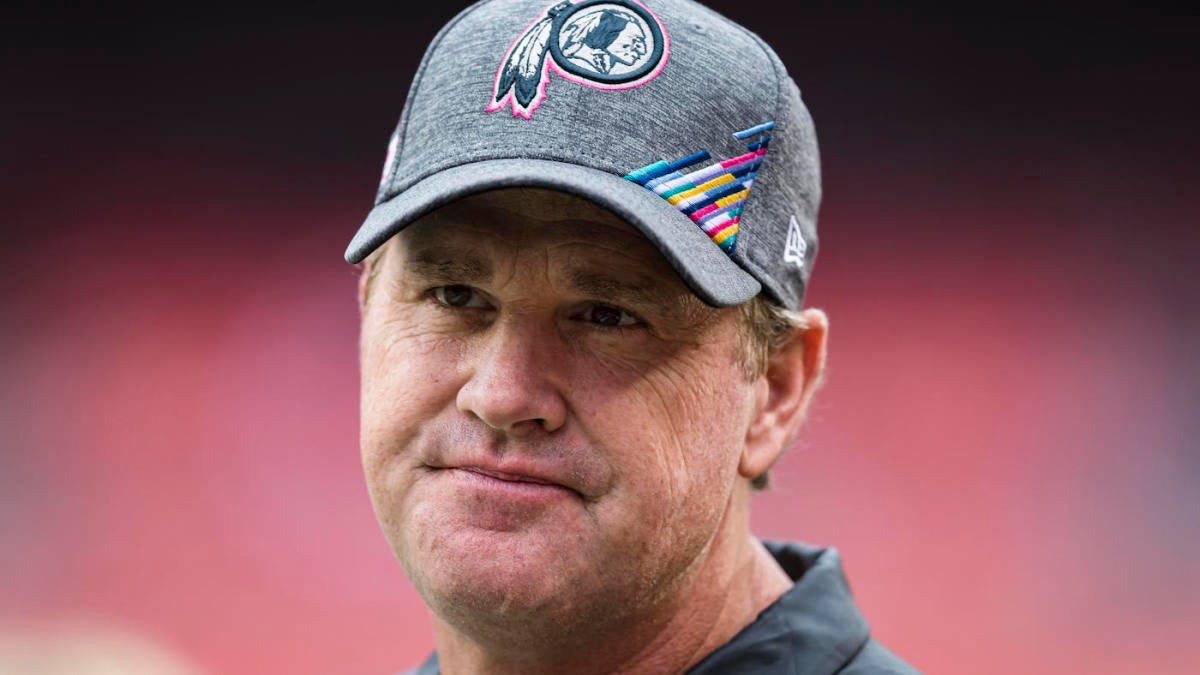 The Washington Redskins finally made the decision to fire head coach Jay Gruden on Monday, after the team lost their first five games of the 2019 season. It was a move that many saw coming, including Gruden himself.

Gruden had been with the franchise for a little more than five full seasons and accumulated a 35-49-1 record. The lone playoff appearance in 2015 seems like ages ago, as the Redskins have finished third place in the NFC East for three seasons in a row now.

On Monday afternoon, Gruden spoke with The Washington Post about what he did during his last few hours as the head coach of the Redskins.

Gruden received a text at about 8 p.m. ET on Sunday night alerting him about a 5 a.m. meeting with owner Daniel Snyder the following morning. Gruden knew what would happen during this meeting, so he went ahead and drove to the Redskins’ facility in Ashburn, Virginia around midnight. He packed up his office, took a nap, took a shower and then met with Snyder and team president Bruce Allen early in the morning to receive his walking papers.

“I’m not bitter,” Gruden told The Washington Post. “This is a production-based business, and I didn’t get it done.”

There were concerns that Gruden had already mentally checked out over the past couple of weeks, and ESPN’s Stephen A. Smith was just one of the national media members who was quick to call him out.

“I want to make sure that everybody knows that I actually did work,” Gruden said on Monday afternoon.

A lot has happened in just the past year. Halfway through the 2018 season, the Redskins appeared to be in the driver’s seat of the division. Multiple injuries eventually derailed the season, as Washington finished with a 7-9 record for the second year in a row.

With the amount of injuries and the questionable amount of power Snyder and Allen held, who knows if Gruden really did get a fair shake in Washington? Considered a player’s coach, he was well-respected by his fellow coaches and his players. Washington’s problems appear to go much higher than just the head coach.

The Redskins have a chance to win their first game in the post Gruden era this Sunday, when they travel to take on the winless Miami Dolphins.