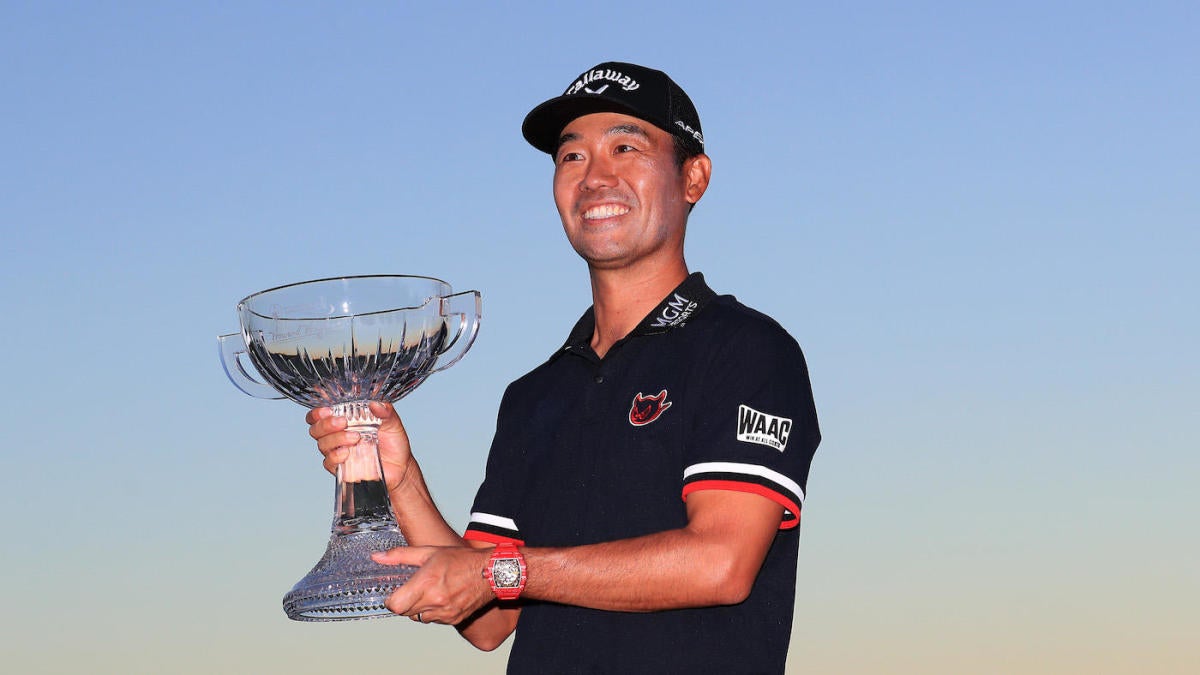 It was a big weekend for future Ryder Cup (?) golfers on both the PGA Tour and European Tour. Kevin Na took down the Shriners Hospitals for Children Open in a playoff over (another Ryder Cupper?) Patrick Cantlay, and Jon Rahm went back to back at the Spanish Open, defeating Rafa Cabrera Bello by five.

Let’s take a look at what popped over the weekend in golf, and have a little look at what’s ahead (not only this week but into the following year).

PGA Tour winner — Kevin Na: The American Presidents Cup and Ryder Cup prospect won for the third time in his last 30 events by taking the Shriners Hospitals for Children Open narrowly in two playoff holes over Cantlay. After walking in putts — as Na does — and recoiling on drives, Na spoke candidly about what winning this event for the second time in his career means for his Presidents Cup chances in December (he would have to be a captain’s pick).

“I’m hoping [Presidents Cup captain Tiger Woods] texts me,” said Na. “If not, I’m going to be texting him. You know, during the playoffs I had the birth of my second child where I missed the BMW Championship. I was injured quite a bit last season. I only played 19 events, which is six to seven short of my normal. I usually play 26, so that is actually seven short of my normal.

“So I was a little bit behind on the points, but I got two wins in this calendar year, so hopefully he’s keeping an eye on me. I could make some putts. I’m a good match play player. I don’t know. I keep trying to sell myself. Hopefully he considers me.”

He will, and it won’t just be for Australia in December either. Na is a legit Ryder Cup prospect for Whistling Straits in 11 months. That team is going to be loaded up, though, and it will likely take another win or two for Na to find himself in the lineup for the first time in his career.

European Tour winner — Jon Rahm: It’s no surprise that Rahm backed up his 2018 Spanish Open victory with another one this year. He’s on a low-key heater, only interrupted by last week’s missed cut at the Dunhill Links. He roasted the field this week (fourth place finished nine back) en route to the fifth win of his European Tour career.

Best move: This from Na was unbelievable, and I say that having been a consumer of a long, long line of unbelievable walk-in putts from him over the course of his underrated career ($32M in career earnings).

Stat of the week: This … seems impossible.

“I feel like I’m a pretty good putter,” he noted. “I’m a player that I feel like I get better as I get closer to the greens. That’s a strength of my game, a part of my game that gets stronger. Putter got hot this week. Tends to do that sometimes, and when it does, if I’m hitting it halfway decent I feel like I can win.”

Best news: The Players Championship is showing every single shot from next year’s event. This is absolutely ludicrous and also absolutely amazing. Hopefully it’s the start of a new trend in golf.

Boldest prediction: Bryson DeChambeau says he’s going to be yoked up when we see him again, or something like that.

“You’re going to see some pretty big changes in my body, which is going to be a good thing,” said DeChambeau. “Going to be hitting it a lot further.”

“Not necessarily bigger, but just stronger in general,” he added. “I am going to look probably a lot bigger, but it’s going to be a fun month and a half off. I have never been able to do this, and I’m going to go do things that are going to be a lot of fun.”

What’s next: This week’s Houston Open will be held in the fall for the first time. The field list is, uh … well it isn’t the prettiest. Henrik Stenson, Cameron Champ and … Cole Hammer (?) are probably your headliners.