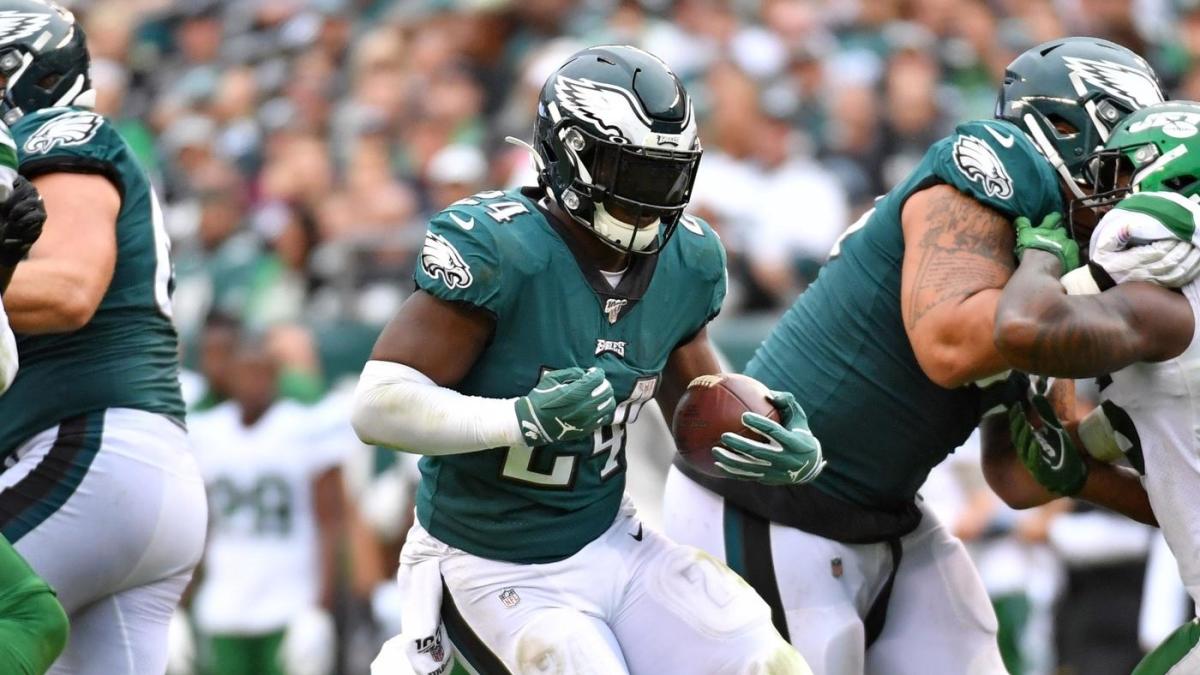 Through the Philadelphia Eagles‘ first five games, Jordan Howard has been the most efficient running back on the roster. Howard and Miles Sanders, the team’s second-round pick, have been splitting carries for the Eagles’ potent rushing attack and have complimented each other well.

Howard has been the more consistent of the two when it comes to moving the ball on the ground, despite the lack of flashy plays he provides for the offense. The Eagles move the chains and sustain long drives when Howard is carrying the ball, similar to how Sanders opens up the passing game.

“I think as we go, Jordan has been the lead back the last couple of games for sure,” Pederson said Monday. “But Miles is learning and coming, and we are really happy with both of them.”

“First of all, it’s a good mix of guys, a good mix with those two guys. You’re seeing Miles in the passing game be a little more explosive with some of the down-the-field throws with him,” Pederson said. “And with Jordan, he’s kind of the guy that you kind of settle down in the run game and give him those touches. He’s a between-the-tackles guy. He’s big and powerful. He has good vision. And I really think Miles is learning from Jordan running the ball, which is a positive.”

Sanders and Howard have bene given equal opportunities to contribute to the Eagles, part of the running-back-by-committee approach Pederson and assistant head coach Duce Staley prefer to run. Sanders has three 30-plus yard receptions on the year, which are the most by an NFL rookie running back through five games since at least 1991. Howard has five touchdowns in his last three games, the first Eagles running back with five touchdowns in a three-game span since LeSean McCoy in 2011. He’s the first Eagles running back to score in three straight games since Ryan Mathews in 2016.

Both Howard and Sanders have played their role in the Eagles offense. Going forward, Pederson will lean on Howard just a little more.

“I think moving forward, it’s kind of going that way,” Pederson said. “But again, I can’t sit here and tell you if Miles [Sanders] has a hot hand one day that he gets more touches, but right now, that’s kind of the trend.”