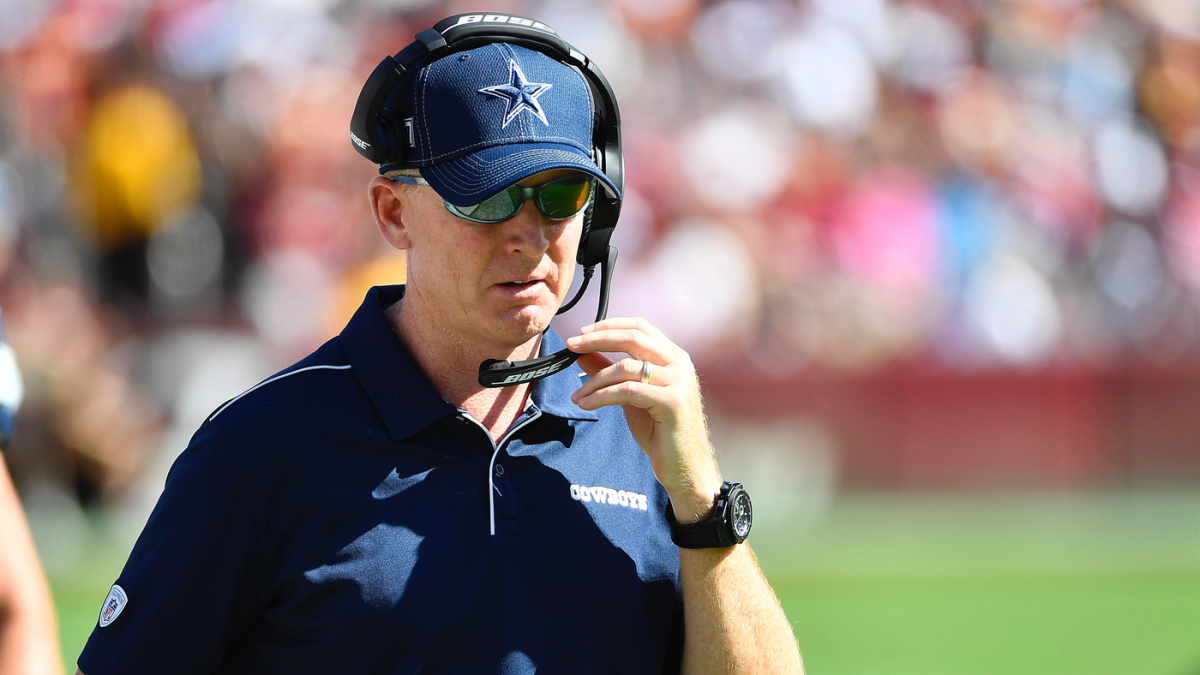 Jay Gruden’s dismissal from the Washington Redskins stole most of Monday’s NFL headlines and there has been the obvious speculation about who will likely replace Gruden as Washington’s next head coach, with Dallas Cowboys head coach Jason Garrett’s name being mentioned as a possible candidate for the job. Outside speculation about Garrett — who is coaching on the final year of his contract — possibly being on the proverbial “hot seat” intensified after the Cowboys fell to the visiting Green Bay Packers on Sunday night, dropping Dallas to 3-2 after a 3-0 start. Team COO Stephen Jones, during an interview with 105.3 The Fan on Monday, made an obvious effort to quiet the noise, stating that Garrett is “absolutely not” on the hot seat five weeks into the 2019 regular season.

“As you saw yesterday, he had this team playing hard and guys playing hard when that game could have gotten real ugly,” Jones said, via Mike Fisher of Sports Illustrated. “He’s got them playing hard and we just have to correct a few things and we’ll be back in line. I totally believe that and I know Jerry believes it.”

Jones was referring to his father, Hall of Fame Cowboys owner Jerry Jones. While Jones was clearly not happy with Sunday’s officiating, he apparently still believes in Garrett, who received an unsportsmanlike conduct penalty after losing his cool with an official during Sunday night’s 34-24 loss.

Garrett, regarded as one of the NFL’s more reserved head coaches, was uncharacteristically emotional during Sunday’s loss, prompting Garrett’s former teammate and current Fox Sports analyst Troy Aikman to suggest that Garrett was starting to feel the weight of coaching under a contract extension. Aikman’s comments may have contributed to the outside rumblings with regard to Garrett’s job security in the hours following Sunday’s loss.

While Jones’ comments all but confirm that Garrett’s future — with regard to coaching out the season — is a non-factor, Garrett is undoubtedly coaching for his next contract. While his team has won more games than any other NFC team since the start of the 2016 season, Garrett has yet to guide the Cowboys back to the Super Bowl, a place they haven’t been since Jan. 28, 1996. After a promising 2018 season that saw Dallas win their second playoff game under Garrett, it’s Super Bowl or bust for the ’19 Cowboys, a team that has arguably the league’s best running back, a young franchise quarterback and a defense that currently ranked sixth in both yards and points allowed.

The Cowboys appeared to be on the fast track towards an NFC East crown following their 3-0 start that saw Dallas outscore the opposition by a count of 97-44. But after a close loss at New Orleans and a 10-point loss at home to the Packers, the Cowboys are looking to take their frustrations out on the winless New York Jets on the road before hosting the Philadelphia Eagles.

A pair of wins before the Week 8 bye will likely quash any rumblings about Garrett and his future, at least for now.

Given their high expectations and an owner who is desperate to add a fourth championship ring to his collection, Garrett will likely have to get to at least advance more than just one round in the postseason to ensure his job status for the 2020 season and beyond. But for now, Jones, based on Monday’s comments, wants his head coach focused on the journey instead of the final destination.