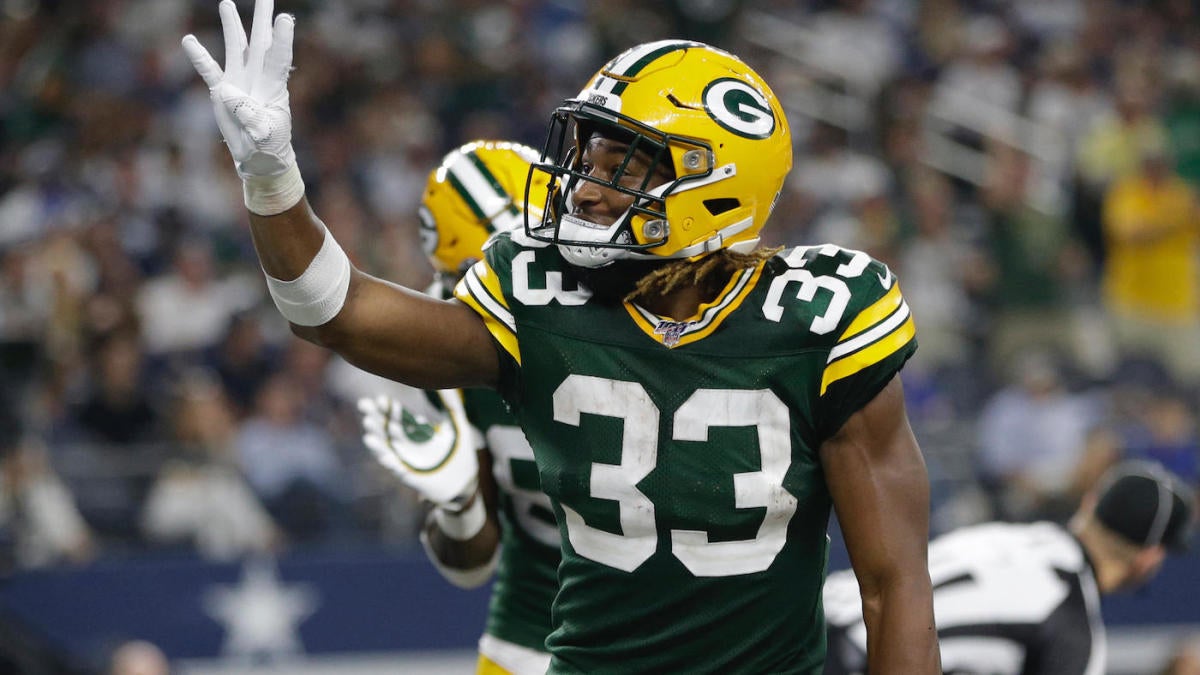 That’s a fair sentiment if you happened to watch the Dallas Cowboys‘ second-consecutive loss of the 2019 season, but not necessarily because they lost — but rather the fashion in which they did it. With leading receiving Davante Adams ruled out for the Green Bay Packers, running back Aaron Jones having struggled to do anything meaningful in the first four games of the season and the run defense resembling literal swiss cheese — this is a game the Cowboys entered as favorites and for good reason.

Despite the 12-10 loss to the New Orleans Saints in Week 4 — which also occurred in Louisiana, not Texas — the Cowboys had all the tools to dismantle the Packers and their arch nemesis Aaron Rodgers. Instead, it was the latter taking the former to the woodshed in a battle that wasn’t even remotely one at all until it was far too late to change the outcome. So, what went wrong for the Cowboys? The easy answer is nearly everything, but as with any NFL game — no matter how ugly — there’s much more nuance to dissect. This one is no different, and the Cowboys better absorb every single detail if they want to get back on track again when they visit the lowly New York Jets; and especially with an all-important NFC East battle looming in Week 7 against the visiting Philadelphia Eagles — who beat the very same Packers at Lambeau Field.

Now that the Cowboys have been knocked back to Earth, let’s sift through the rubble from the crash.

Talk about a tough scene for the three-time Pro Bowler, because in the same game wherein he racked up a career-high 226 receiving yards on 11 catches along with a touchdown, he also had a key drop on the first offensive drive of the game that resulted in an interception by cornerback Jaire Alexander. The Packers would instead drive down the field and score their own touchdown on the takeaway on a play that should’ve been a walk-in TD for Cooper, and he admits he took his eyes off of the ball — which caused the drop. It all went rolling downhill from there for the Cowboys and despite a monster day for Cooper, but all that’ll be remembered from Week 5 is how he helped cost the team a win. Cooper took Alexander to school on Sunday, but it was he who still ended up learning a valuable lesson.

La’El Collins battling a back problem? Problem. Tyron Smith absent with a high ankle sprain? Very big problem. The Cowboys’ battered offensive line ran into a buzzsaw when they made the mistake of letting the Packers force them into a one-dimensional game, because Collins and backup swing tackle Cameron Fleming got beat like bongos by both Preston Smith and Zadarius Smith — the two combining for three sacks on Dak Prescott and six QB hurries. All in all, Prescott was hurried eight times and didn’t routinely have time to set and make throws, and it was all he could due to both dodge incoming pressure — that rarely required an added blitzer — while trying to make plays downfield to climb out of a multiple-possession scoreboard grave. The good news for the Cowboys is Smith expects to play in Week 6, but Fleming’s attempt at replacing him in Week 5 was much akin to someone trying to replace the driver’s side door on their car with Saran wrap.

Cooper’s initial drop was marked as Prescott’s first interception on the day, but it wasn’t his last. The second came when he didn’t recognize cornerback Chandon Sullivan in zone coverage. Of Prescott’s three interceptions on the day — a season-high — this one couldn’t be blamed on Cooper causing a tip drill or Michael Gallup being interfered with on what turned into an interception for Kevin King. Like Cooper’s mistake, Prescott’s second interception killed a promising offensive drive for the Cowboys and further drove a nail into their coffin. Credit Prescott and his never-say-die attitude for nearly mounting a historic comeback win when all hope looked lost for two and a half quarters, and that included finishing with career-high 463 passing yards, but the ground was much too starved by the time Rayne began to pour.

Ezekiel Elliott becomes The Forgotten One

The Packers entered the game with the 26th-ranked run defense in the NFL, and one that allowed the Eagles to have a field day just one week prior. Enter the reigning league rushing champ two times over in Elliott, and the formula should’ve been to hand off the ball quite a bit to both bruise the Packers defense and keep Rodgers off the field. Instead, Elliott had only 12 handoffs and the result was the Cowboys getting dominated in time of possession, with the Packers owning it by nearly 14 game minutes. A struggling defense was tasked to remain on the field for nearly 35 of 60 minutes of football, and they paid dearly for it. The problem here wasn’t the scheme, though, but instead how lack of execution of said scheme put the Cowboys down by multiple possessions early and stole away the ability of potentially feeding Elliott a full course meal. It was clear Kellen Moore had put together a quality and potent game plan, but he barely got to execute it fully thanks to a slew of mental and physical errors; and in the end, Elliott left with his ribs touching.

You knew you’d hear the name Aaron before it was all said-and-done in Dallas, but you didn’t think the last name would be Jones. The third-year running back flat-out took the Cowboys run defense to task in Week 5, rushing for 107 yards and his four rushing touchdowns being the most ever scored by one player on the ground against Dallas. That’s a monumental feat when considering the Cowboys have been around since 1960 and have faced a slew of Hall of Famers over the decades, but neither Earl Campbell nor Jim Brown nor Barry Sanders nor anyone else ever did it before Sunday. To add insult to injury, Jones had only 195 rushing yards and four rushing TDs in his first four games combined, but he went on to match the latter number in just one game against the Cowboys. And because they had no answer for Jones — who should’ve been more easily stopped in the absence of Adams — it allowed the real Aaron to stand up.

There were questions surrounding Rodgers’ ability and/or willingness to utilize his mobility in 2019 following a knee injury that caused struggles in 2018. That has now been put to bed because the Cowboys’ pass rush simply couldn’t get a handle on the slippery Rodgers as he escaped pressure time and again en route to what looks like a pedestrian 238-yard outing with no touchdowns, but was actually anything but. It wasn’t the amount he racked up as much as it was the quality thereof because his timely escapes were followed with plays down the field that kept the chains moving nearly every time the Cowboys’ defense needed a big stop. It wasn’t until the fourth quarter that Dallas finally got their hands on Rodgers — sacking him twice — but the damage had already been done by a familiar foe that is now 5-0 in AT&T Stadium, and remains the demon the Cowboys can’t exorcise to save their soul.

The issue at kicker continues to show itself for the Cowboys, and this isn’t an explanation that requires a drawn-out analysis. The fact is Brett Maher missed two kicks in a game wherein his team desperately needed points, and it’s not the first time. Sure, he’ll bounce back sooner or later and nail one that makes the team forget he’s a liability — having opted to not repair the issue earlier in the offseason — and owner Jerry Jones can be critical of the officiating, but continues to lob confidence-building comments toward a kicker that doesn’t necessarily deserve them right now (or recently). The Cowboys better hope they don’t have a playoff game come down to a kick because if so, they’re going to be sweating bullets the size of a grizzly bear’s arm.