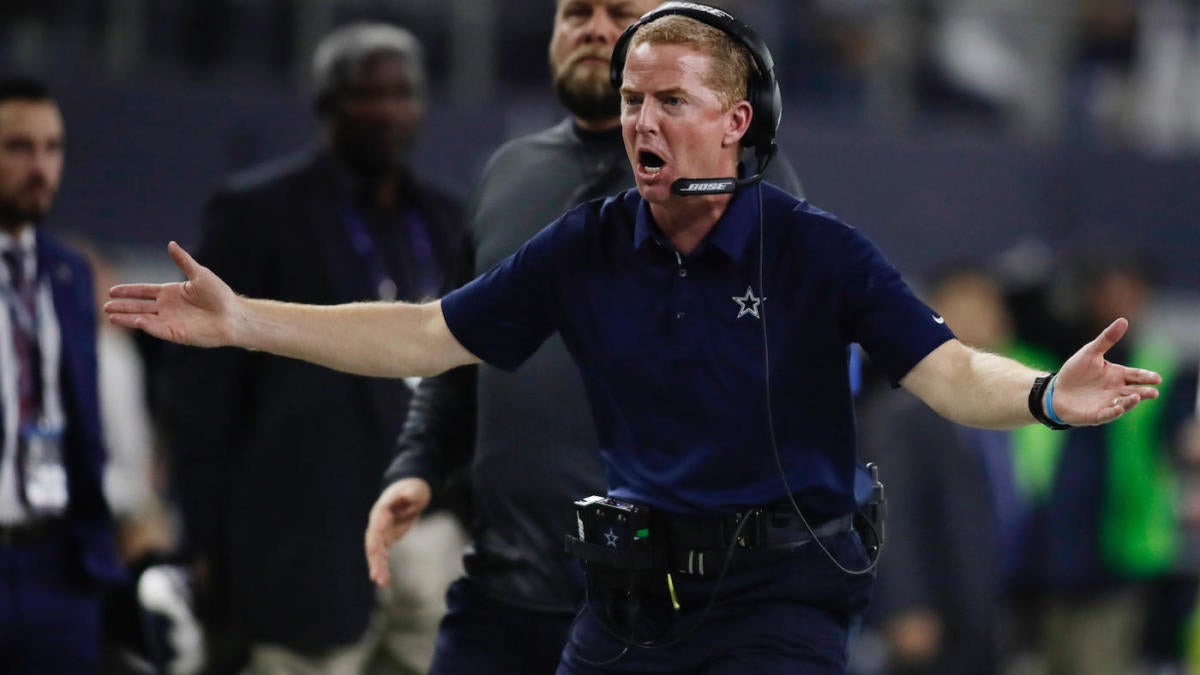 There are several reasons the Dallas Cowboys lost to the Green Bay Packers at AT&T Stadium in Week 5, and most of it has nothing to do at all with the quality of NFL officiating. Still, there were calls and no-calls that littered the second half of the game some would deem questionable, and one of those persons is owner Jerry Jones.

Jason Garrett was clearly fed up with the officiating and let them know about it in the heat of an offensive rally, and was hit with a penalty for his efforts. Challenging a called incompletion against Amari Cooper would result in an overturn on review, but not before Garrett was hit with an unsportsmanlike conduct penalty for throwing down the challenge flag and yelling at the official. The review itself cost the Cowboys their final challenge of the game with an entire fourth quarter left to play, and none of this got past a hawk-eyed Jerry Jones, who had some choice words when asked about the heated sideline encounter.

“[It’s] the same guy that didn’t bother calling that interference call on [Michael Gallup] across the middle,” Jones said following the game, via DallasCowboys.com. “To me, that’s his call too, and I don’t know what in the world to make of all that.”

He didn’t exactly pull any punches when he was told the penalty was for “abusive language”.

“Well, I hope the little darling didn’t hear anything he hadn’t heard before,” he said.

It’s key to note Jones has never been one to continually point fingers at NFL officiating, and that combines with Garrett’s fury to convey just how displeased the Cowboys are lately with what they believe to be inconsistencies. It remains to be seen if NFL commissioner Roger Goodell will agree, or if he’ll fine Jones for getting colorful with his words in the event he doesn’t.

For his part, Garrett felt he shouldn’t have let his emotions get the best of him.

“Obviously, I didn’t handle that situation as well as I should have,” Garrett said in his post-game press conference. “I knew we were going to get the play because I saw it, and unfortunately, we had to use the flag there. And he made that decision to throw a flag on me.

“…Apparently he didn’t like how I threw the flag.”

Dak Prescott seemed to have more he wanted to say on the matter, but opted to instead focus on supporting Garrett in general to avoid what would be obvious punishment handed down by the league — had he spoken freely.

“We’ve got our coach’s back,” he said when asked about the exchange after the game. “I don’t want to say too much on that. That’s a guy being passionate about his team — passionate about a play. I think all I saw was him [throw the flag and say something like] ‘Hey, here’s the challenge flag and I know that’s a catch,’ and a flag comes after that?

“Yeah, I’ve just got to be careful what I say.”

By all accounts, Garrett said enough for all involved.