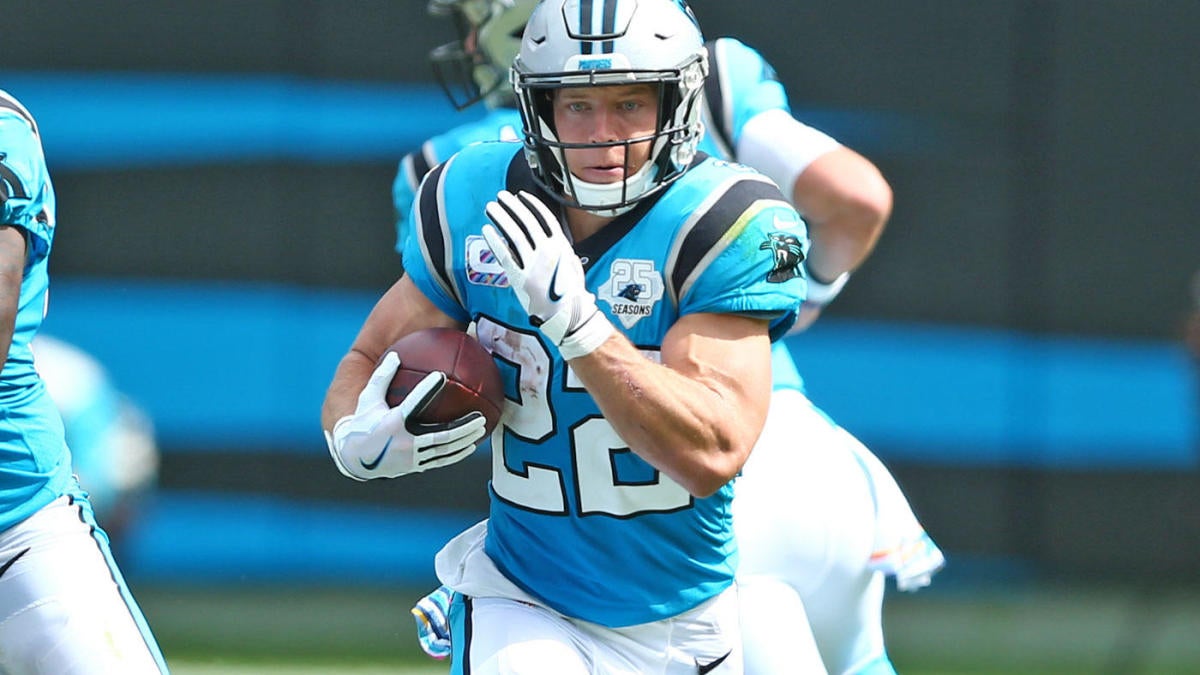 Quarterbacks have dominated the Most Valuable Player award as the NFL has become a passing league over the past decade, but that could change at the end of the 2019 season. Carolina Panthers running back Christian McCaffrey is looking to buck that trend, one which has seen a quarterback win top honors 11 of the last 12 years. McCaffrey has made his MVP case, carrying the Panthers offense on his back with former MVP Cam Newton sidelined with a foot injury. The Panthers running back leads the NFL in carries (105), yards (587), yards per game (117.4), touches (136) and yards from scrimmage (866). He’s averaging 5.6 yards per carry while having 31 catches for 279 yards and seven total touchdowns on the year.

Sunday’s win over the Jacksonville Jaguars showcased McCaffrey’s dominance as he finished with 19 carries for a season-high 176 yards and two touchdowns while adding six catches for 61 yards and a score. McCaffrey finished with 25 touches for 237 yards and three touchdowns, becoming the fourth Panthers player to have multiple thee touchdown games (Steve Smith, DeAngelo Williams, Mushin Muhammad). Included in that performance was an 84-yard touchdown run, the longest run in Panthers franchise history. He has two touchdown runs over 76 yards this season, adding to his dominance at the evolving running back position.

“If I was writing, I would see if he’s from Earth,” said Panthers defensive lineman Gerald McCoy, per the Panthers website. “I’d have to check to see if he’s from Asgard or something. I don’t know where that dude’s from. If the season ended right now, he’s the MVP.”

The Thor reference describes how dominant McCaffrey has been through the season’s first five games as he joins Jim Brown as the only players with at least 175 scrimmage yards in four of the team’s first five games of a season. His 866 yards from scrimmage to open the season is the second-most in NFL history since 1950, behind only Jim Brown’s 988 in that 1963 season, per NFL Research.

McCaffrey and former Buffalo Bills running back Thurman Thomas are the only players in NFL history to record at least 500 rushing yards and 250 receiving yards in their team’s first five games of a season. Thomas accomplished the feat in 1991, the year he won MVP.

McCaffrey is averaging 173.2 yards from scrimmage per game, on pace to have 2,771 for the season, which would beat Chris Johnson’s record of 2,509 set in 2008. That season Johnson finished with 2,006 rushing yards, one of only seven running backs to have 2,000 rushing yards in a season in league history. McCaffrey is on pace for 1,878 rushing yards and 893 receiving yards in addition to 99 catches and 22 touchdowns for the year. Those are video game numbers.

Correction — those are MVP type numbers. Running back or not, if the Panthers make the playoffs with a backup quarterback and McCaffrey stays around this pace, he deserves to have the NFL’s highest honor.