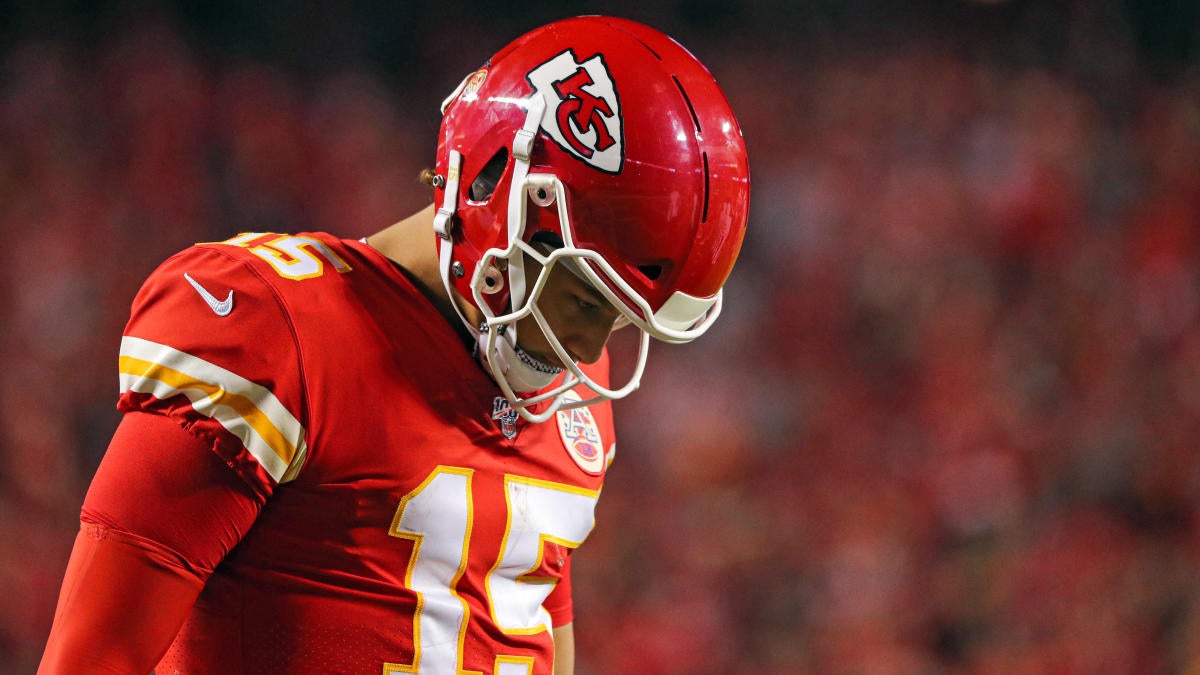 Quarterback Patrick Mahomes and the Kansas City Chiefs were handed their first loss of the season by Jacoby Brissett and the underdog Indianapolis Colts at Arrowhead Stadium on Sunday night.

The Colts managed to do what many deemed impossible and had the extra layer of difficulty playing in the Chiefs’ house. Mahomes, who is known for making ridiculous throws, incredible comebacks and putting up crazy numbers struggled as the team showed pockets of weaknesses.

Danny Kanell and Raja Bell broke down what allowed the Colts to get the W against one of the top contending teams in the league on Monday’s episode of “Kanell & Bell.”

Bell commented that the offensive line completely fell apart, which impacted Mahomes’ approach to the game.

“Patrick Mahomes was running for his life most of the game,” he said.

Bell added that the lower leg/foot injury Mahomes suffered earlier in the season seemed to have an impact, as the QB was seen limping after a hard hit late in the game, but says it should not be too big of a worry for Chiefs fans.

“The best defense against Patrick Mahomes is keeping him off the field,” Bell said, and that is exactly what the Colts did. They kept Mahomes off the field with their run game and did not allow the reigning MVP to have the chance to put up video game-like numbers.

It is no surprise that the team struggled, as they are without key running backs and need to get healthy in many areas, but the two think the Colts deserve more credit. They agreed that while many were throwing away this season after Andrew Luck retired, Brissett has been able to lead the offense and the team’s defense has impressed as well.

Kanell said this game showed that while everyone wants to put Mahomes on a pedestal this performance showed that, “he’s human.”

He noted that while the 23-year-old is still one of the most impressive quarterbacks, if not the most impressive, in the game right now, he will still have these types of games. Kanell still has the Chiefs winning the Super Bowl, but says the offense needs to find a way to be more aggressive as the season continues.

Going forward, if the Chiefs do want to make that Super Bowl run, Kanell and Bell say the team needs to get healthy and find a way to prioritize defense.