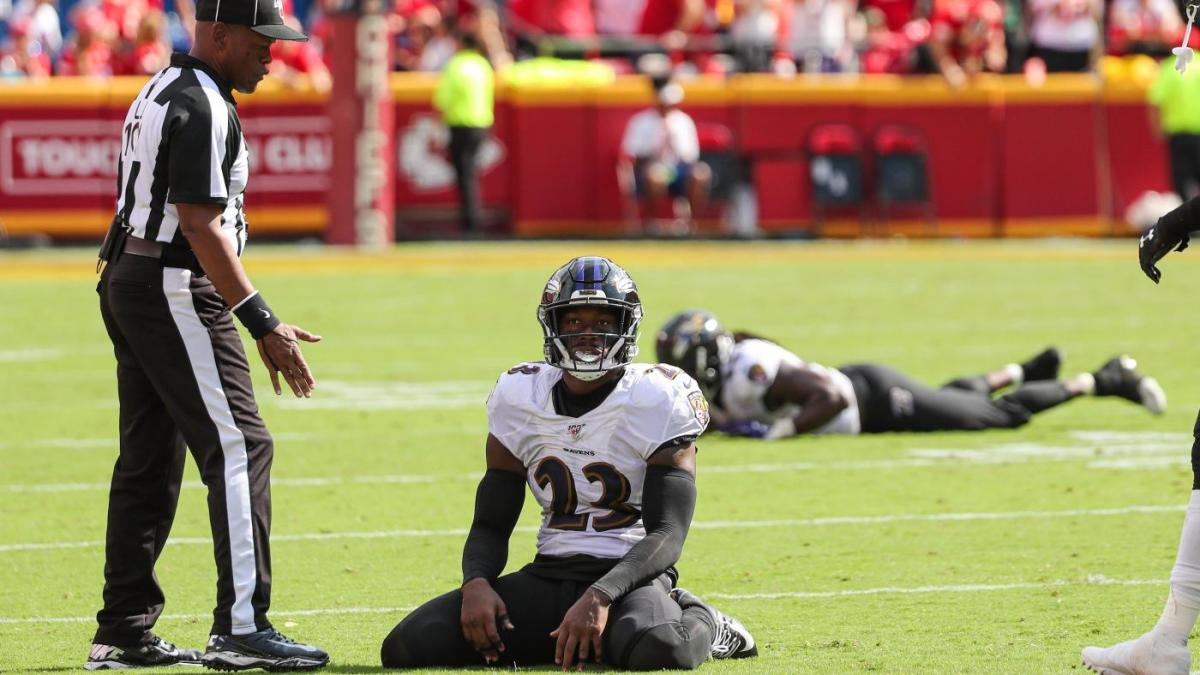 Baltimore Ravens head coach John Harbaugh confirmed that safety Tony Jefferson suffered a torn ACL and potentially additional damage during Sunday’s win over the Pittsburgh Steelers. The injury occurred on a 2nd and 8 at the Pittsburgh 35-yard line with 9:41 remaining in the fourth quarter. Steelers quarterback Devlin Hodges attempted a pass for tight end Nick Vannett but it was intercepted by Ravens safety Earl Thomas. He returned it 21 yards but the play was negated by a defensive holding penalty by Jefferson, who would be injured on the play.

Jefferson entered the league as an undrafted free agent out of Oklahoma in 2013. He spent four seasons with the Arizona Cardinals before signing a four year deal worth $34 million, including $19 million guaranteed in June of 2017. He has one more season remaining on that deal.

The California native recorded 20 tackles and two pass deflections this season. He will not record a sack, forced fumble or fumble recovery for the first time since his rookie campaign.

Baltimore’s secondary has been average in most passing categories this season. They rank No. 8 in the NFL allowing a 62.1-percent completion percentage. However, they are also surrendering the third-most passing yards (302.0) on average per game.

It was a physical game between the two AFC North franchises. Pittsburgh quarterback Mason Rudolph was hospitalized with a concussion after a brutal hit from Thomas. Baltimore wide receiver Marquise Brown left the game at one point as well but later returned.

The Ravens were victorious thanks to an overtime 46-yard field goal from Justin Tucker. Baltimore assumes first place within the division with a 3-2 record. Pittsburgh falls to third place in the division with a 1-4 record. The Cincinnati Bengals, who lost to the Arizona Cardinals Sunday, hold court in the basement with an 0-5 record. The 2-2 Cleveland Browns are on the road against the San Francisco 49ers on Monday Night Football.