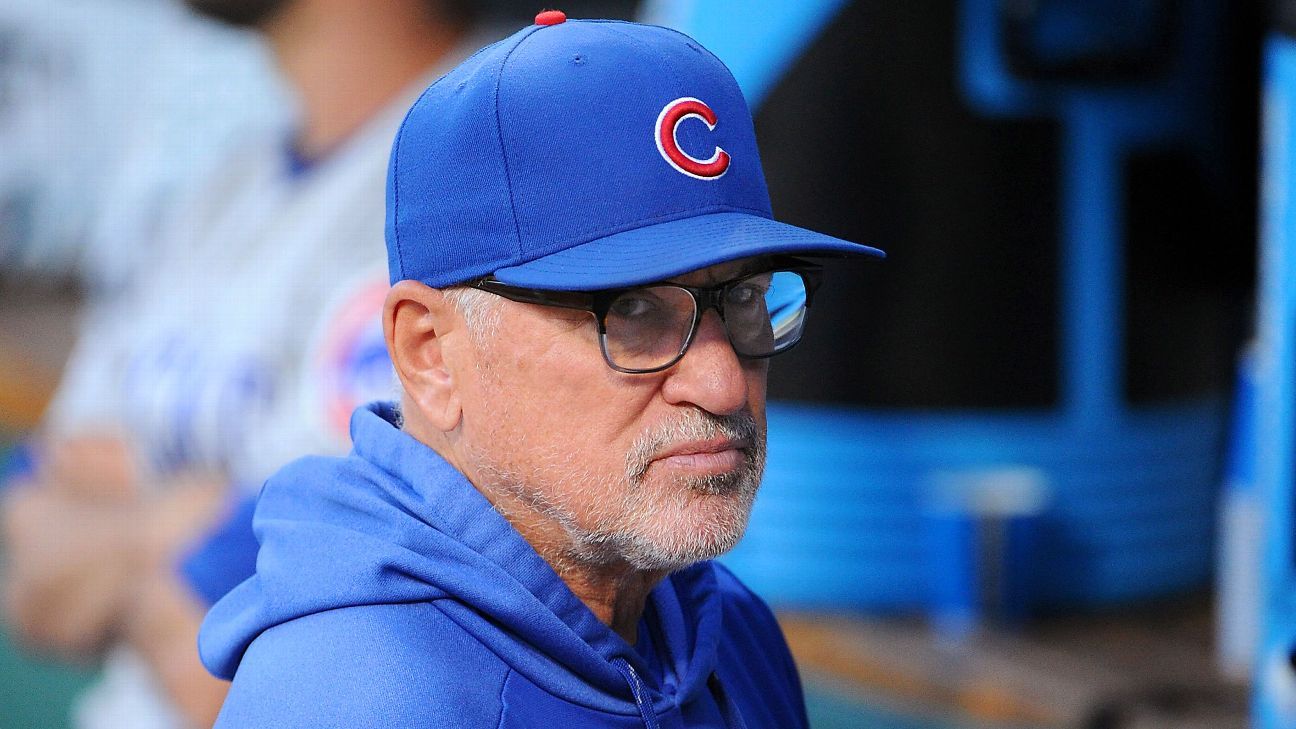 The Los Angeles Angels will interview Joe Maddon for their vacant managerial position on Monday, a source confirmed to ESPN on Sunday night.

Maddon is the first known candidate at the moment, though Angels general manager Billy Eppler said earlier this week that the team will undergo a traditional search.

The Angels, who finished 72-90, fired Brad Ausmus after only one season on the first day of their offseason.

Eppler, owner Arte Moreno and president John Carpino then poured through a list of candidates the following afternoon. But Maddon has long been considered the front-runner for the job.

Maddon then went on to manage the low-budget Tampa Bay Rays, a highly successful nine-year run that included the franchise’s only trip to the World Series. From there, Maddon led the Chicago Cubs to their first title in more than 100 years. He was dismissed after five seasons.