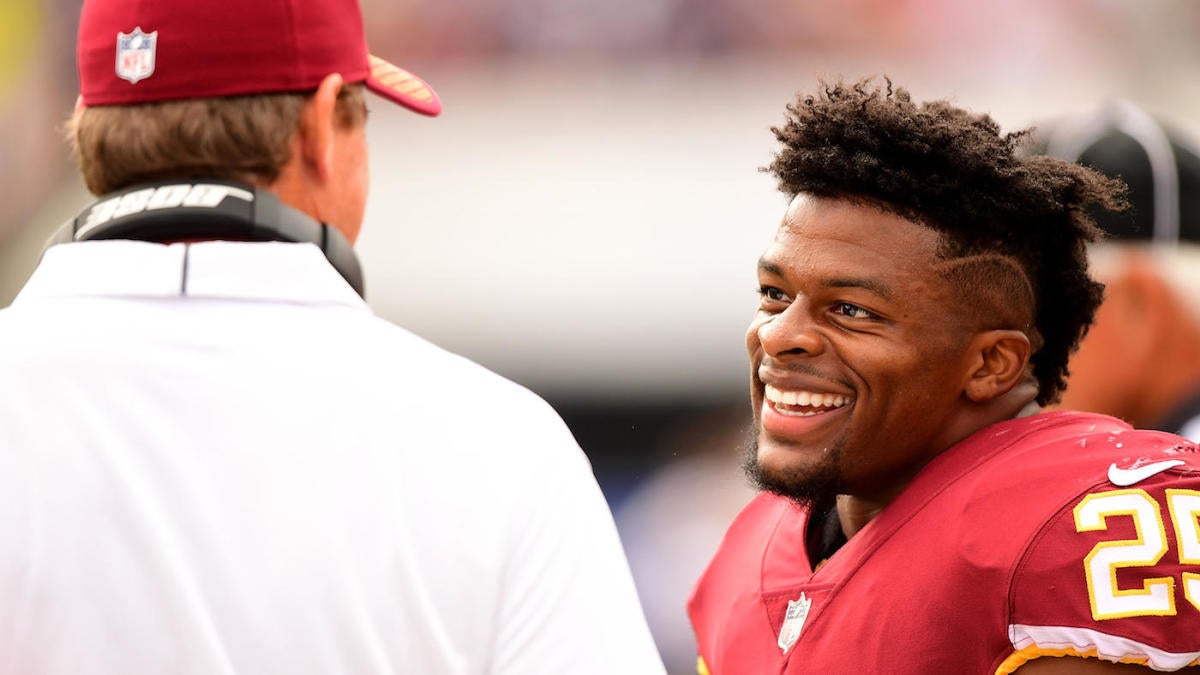 With the 33-7 loss they suffered against the New England Patriots, the Washington Redskins fell to 0-5.

It has long been speculated that head coach Jay Gruden is on the hot seat. After finishing in third place in the NFC East for the third season in a row last year, Washington’s brass wanted to see signs of improvement in 2019, and there has been anything but.

While no one was expecting the Redskins to upset the Patriots, Sunday felt like a low point in many ways. The on-field struggles continued and there doesn’t seem like any way out. Following the game, several players were asked about Gruden’s job security, and running back Chris Thompson couldn’t help but get emotional when faced with the reality that his head coach could be handed his walking papers soon.

“I feel like he was one of the guys that really believed in me and wanted me to stay here and be with him through his whole legacy here as a coach,” Thompson said, fighting back tears. “Just going through that practice squad year, was really tough for me. It’s tough man.”

Thompson was drafted in the fifth round of the 2013 NFL Draft. He was initially tabbed as a return specialist, but found himself on the bench after he struggled. Thompson was cut at the beginning of his second season and signed to the practice squad. That was Gruden’s first year as the Redskins’ coach, and he maintained that the young running back had promise, even though he wasn’t able to suit up on most Sundays.

The following season, it appeared that Thompson had secured his roster spot. He caught 35 passes and recorded 35 rushes as the Redskins went 9-7 and earned a playoff bid. Over the past few years, Gruden has given Thompson a versatile role in his offense, as he has worked primarily as a receiving back. In 60 career games, he has recorded 195 receptions for 1,662 yards and 10 touchdowns.

As for Gruden, he’s aware of his precarious position, but maintains that he has not heard anything definitive yet.

“Nobody’s told me anything,” Gruden said in his postgame press conference, per ESPN’s John Keim. “I don’t have a concern; I’ll just wait and see — if my key works on Monday, keep working, go attack the Miami Dolphins and plan on getting our first win next week.”