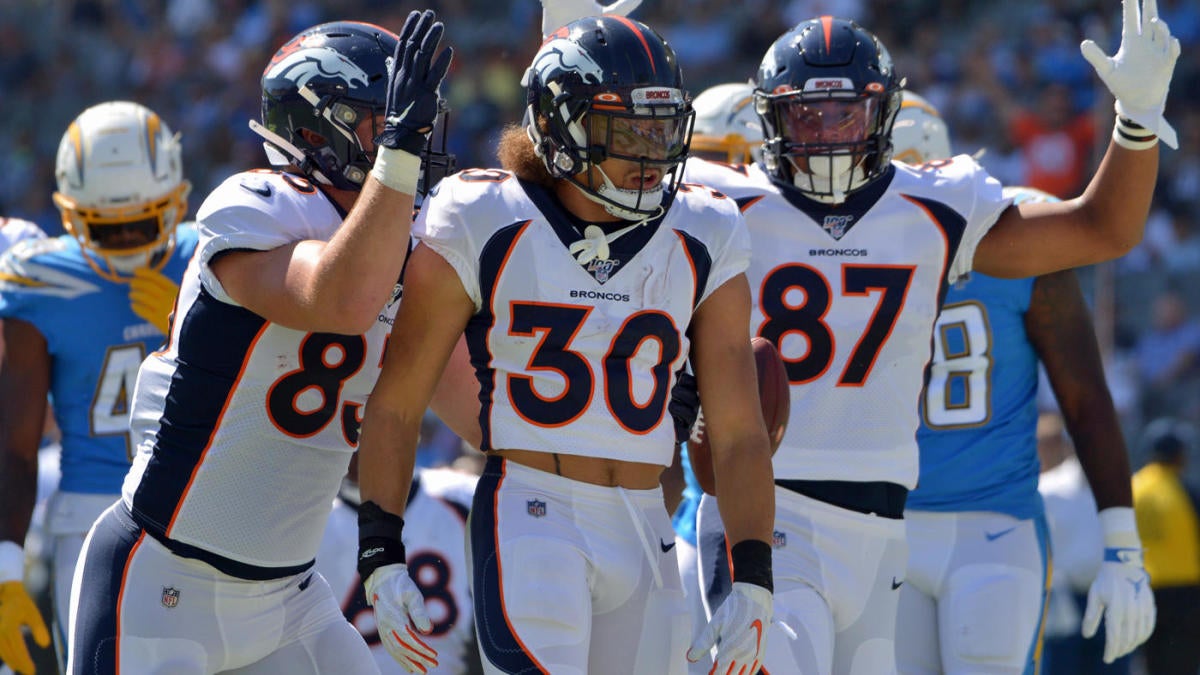 The Denver Broncos built a big enough lead to hold off the Los Angeles Chargers and get Vic Fangio his first win as an NFL head coach in a 20-10 victory in Week 5. Denver flirted with disaster throughout, but the Broncos had a crucial five-play, 41-yard drive in the waning moments of the fourth quarter of a one-score game to hold off a Chargers comeback attempt.

Phillip Lindsay was crucial on the final drive for Denver, starting the possession with a 32-yard run and rushing for 13 yards on a third-and-14 to put the Broncos in field goal range to seal the win. Brandon McManus drilled a 46-yard field goal to put Denver up 10 points with two minutes left, ending the Chargers’ chances to get over .500 on the young season.

The Chargers had two possessions inside the Broncos’ 2-yard line, but they failed to come up with any points. The Chargers also had three turnovers and were just 4 of 13 on third down in a performance they would like to forget. The Los Angeles defense and special teams did their best to keep them in the game, with Desmond King’s 68-yard punt return as the lone touchdown for the Chargers in the loss.

It was a historic win for Denver as the Broncos become the 14th NFL franchise to reach 500 wins. Flacco finished 14-for-20 for 181 yards with a touchdown and an interception in winning his first game as the Broncos quarterback (win 96 games in 11 seasons with the Baltimore Ravens). Lindsay had his first 100-yard game of the season in the win, averaging 7.6 yards per carry.

The win wasn’t pretty, but the Broncos are in the win column … while the Chargers are seeing their season reach panic mode.

Why the Broncos won

The Broncos finally saw the defense they thought they were going to get at the beginning of the season. Denver entered Sunday’s game allowing 23.2 points per game and 349.2 yards per game, both middle of the pack. The Broncos held the Chargers to 13 points and didn’t give up an offensive touchdown, forced three turnovers, and held the Chargers’ high-powered offense to 246 yards on the day. Denver didn’t have a sack, making the performance all the more impressive. The Broncos took a 17-point lead in the first half, which was more than enough for the defense to hold off the Chargers.

Why the Chargers lost

The Chargers had two possessions that took them inside the Broncos’ 2-yard line, but didn’t get a single point out of them — a problem in a game that was ultimately decided by one score. Los Angeles had a 14-play drive late in the second quarter that took the Chargers to the Broncos’ 1-yard line. They failed to score on a fourth-and-goal at the one just before the half in a 14-0 game. With 3:44 remaining in the third quarter, Joe Flacco threw a crucial interception to Kyzir White deep in his own territory that had the Chargers starting their drive at the Broncos’ 7-yard line. On third-and-goal from the Broncos’ 2-yard line, Rivers looked for Austin Ekeler to his right, but the first read wasn’t there. Rivers threw the ball in the middle of the end zone, which was picked off by AJ Johnson and resulted in a turnover. The Chargers left two touchdowns on the board because of their failure to score in the red zone.

The Chargers had an opportunity to have momentum heading into halftime despite falling into a 14-0 hole early. The final play of Los Angeles’s 14-play drive — the last play of the half — ended up costing the Chargers as Austin Ekeler was stopped short of the goal line by Broncos cornerback Kareem Jackson as time ran out. Ekeler and Melvin Gordon were in the backfield on the play, but Gordon was a decoy as Rivers faked the handoff to him and Ekeler took the ball to the left side of the field. Jackson was there in position to make the stop.

Jackson hit Ekeler as the Chargers running back reached into the end zone for the score, resulting in a fumble and a turnover on downs to end the half. Jackson had three big hits in the first half, but that play kept the Broncos up two scores and the Chargers off the board.

Play of the Game

The Broncos scored on their first two possessions. Joe Flacco found Courtland Sutton on an X-post for a big gain, as Sutton broke a tackle attempt from Chargers cornerback Rayshawn Jenkins and was off to the races for a 70-yard touchdown.

Roderic Teamer made a diving attempt to stop Sutton after he bounced off Jenkins, but Sutton had the afterburners on as Denver raced to a 14-0 lead. That was the Broncos’ biggest offensive play of the afternoon. Sutton finished with four catches for 92 yards and a score.

“The Bronco fans that we had here we’re great. I was told it would be that way, but until you experience it here, you really don’t know. It speaks well of Broncos Nation, oh what am I supposed to say Broncos Country.” — Vic Fangio on the Broncos fans in attendance.

“It’s a home game for us. That’s what it feels like. It felt like that when we went to San Diego, too. Shout out to the Broncos fans, Broncos Country.” — Broncos cornerback Chris Harris Jr. on the crowd, per Nicki Jhabvala of The Athletic.

The Chargers had a home game, but Broncos fans invaded Digital Health Sports Park as the crowd was heard throughout the CBS broadcast whenever Denver made a play. There was an obvious sea of orange throughout the stadium.

Check out our live blog for a recap of the game where we broke down the best plays, key highlights, what was buzzing on Twitter, and more.

Re-live action from today’s game in our live blog below. If it fails to display, click here to reload.