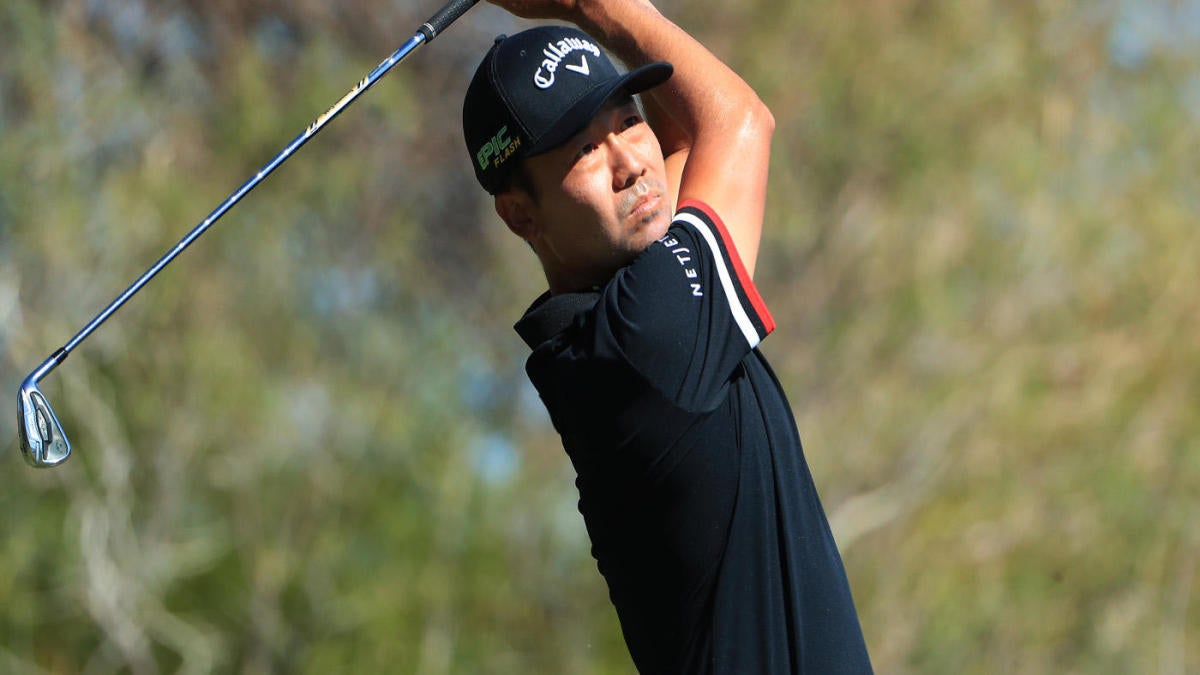 LAS VEGAS (AP) — Kevin Na lost a three-shot lead on the back nine, saved his chances with a clutch par putt on the 17th hole and won the Shriners Hospitals for Children Open in a playoff Sunday when Patrick Cantlay three-putted the second extra hole.

It was a wild finish at the TPC Summerlin made possible mainly by Na’s mistakes.

Leading by three shots going to the back nine, he made triple bogey on the 10th hole without finding a hazard. Then, he hit into the water on the par-5 16th and lost the lead for the first time all day with a bogey.

But he delivered a 25-foot par putt on the 17th hole to tie for the lead after Cantlay went into the water, and he matched Cantlay’s birdie putt on the 18th on the first extra hole.

A day of mistakes ended with the worst one — a three-putt from Cantlay from 45 feet, the second one from just inside 6 feet.

Na, who closed with a 1-under 70, rolled in his 4-foot par putt and raised his arms in celebration. It was his third victory in the last 15 months, and third in as many seasons on the PGA Tour. He joined Jim Furyk as the only multiple winners in Las Vegas.

“It came down way to close,” Na said.

Cantlay was runner-up for the second straight year in Las Vegas, where he earned his first PGA Tour victory two years ago. Even so, this was a tough loss to take. As much as he took advantage of Na’s blunders, Cantlay made some of his own.

He two-putted the par-5 16th from 40 feet for a one-shot lead after Na hit into the water and made bogey. But on the next hole, Cantlay came up short and just enough left that the ball rolled back into the water.

He got up-and-down for bogey and looked as if he would keep his lead when Na went into a bunker and had such a perilous shot that he chose to play away from the flag to keep it out of the water. But he made the 25-footer for par.

On the closing hole, Cantlay hit the longest drive of the final round — 345 yards — and had only 113 yards left. But he could get no closer than 25 feet, and his putt hung on the right edge of the putt.

Cantlay, trying to win for the third time when facing a deficit of at least three shots, closed with a 68.

On the first extra hole, Na hit wedge to just inside 10 feet. Cantlay was just outside 10 feet — on the same line as his 25-foot birdie chance in regulation — and made it. Na poured his in, walking toward the hole before the ball dropped.

Na set a record by making 559 feet of putts over four rounds, the most since the PGA Tour developed its ShotLink system of measuring every shot of every player. And he won with a 4-foot par.

Pat Perez closed with a 68 to finish alone in third, his best finish since he won in Malaysia two years ago.