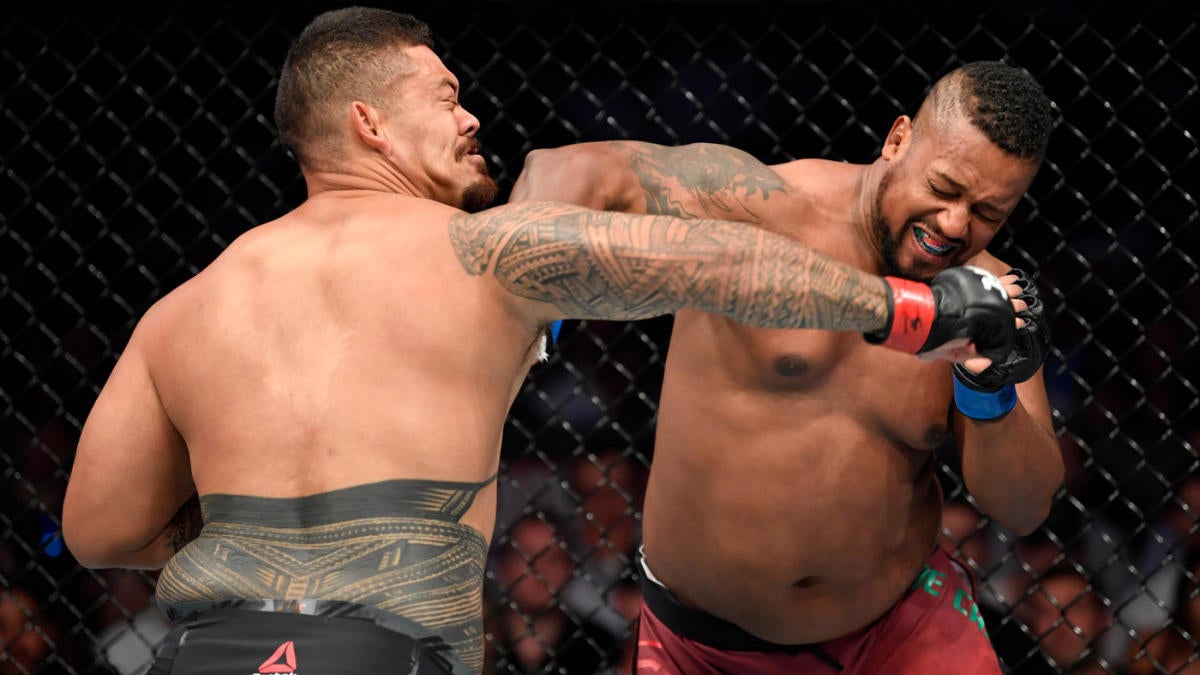 Justin Tafa entered the cage in Melbourne as the favorite against Yorgan De Castro. Minutes later, Tafa was faceplanted on the canvas after a vicious counter right hand caught him clean on the chin courtesy of Yorgan De Castro.

The scorecards weren’t expected to be needed when the heavyweights stepped into the Octagon to kick off the UFC 243 PPV festivities, but it took seconds before De Castro (6-0) and Tafa (3-1) were letting loose with wild power shots. Tafa attempted to slow the action briefly, pinning De Castro to the cage. When the fighters were separated, Tafa landed an uppercut but ran forward recklessly and was caught by a nuclear overhand right that shut out his lights.

“I may look a little chubby, but I got power in my legs and power in my hands,” De Castro said during his post fight interview.

De Castro earned his way to the Octagon scoring the only leg kick TKO in the history of Dana White’s Contender Series and proved he truly belongs in the ever-chaotic heavyweight division with the highlight reel knockout. Tafa, who was making his UFC debut in front of a supportive hometown crowd, will be sent back to the drawing board after suffering his first career loss.

“I wish a quick recovery for my opponent. This is my time. I worked for this,” De Castro said. “I want to thank the UFC. I was expecting three rounds of war, but he came hard at me with his chin open. I knew I just had to time him. I have power, man. If I land, they’re going down.”