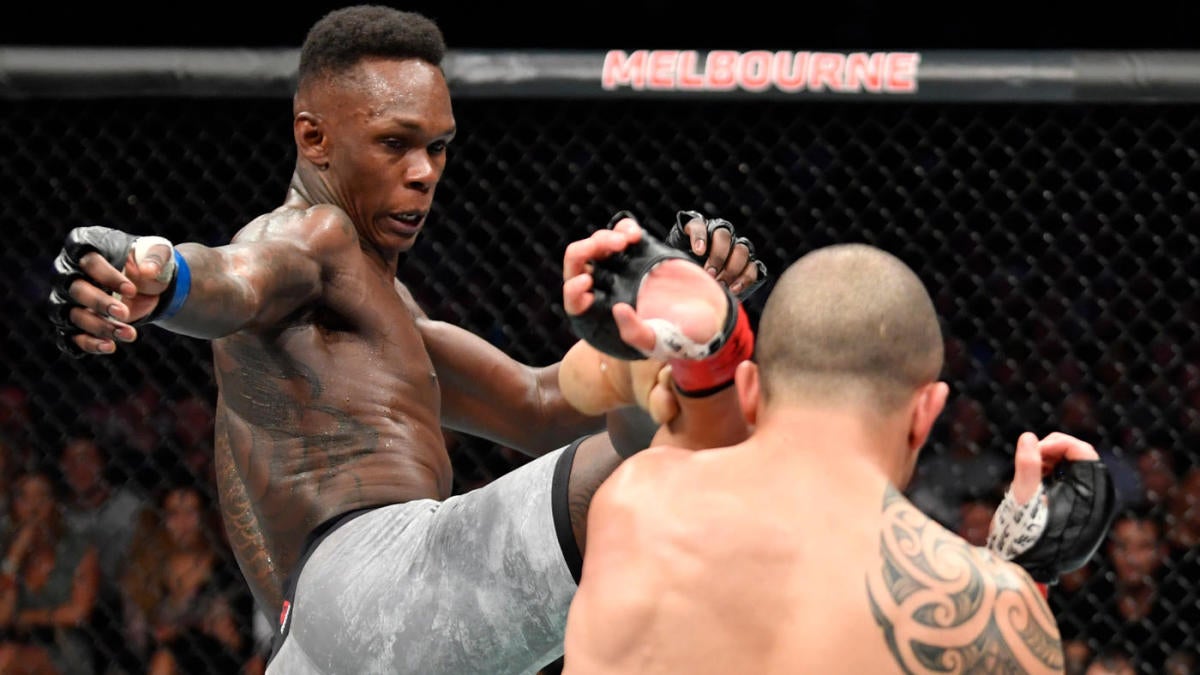 Israel Adesanya is the new king at 185 pounds. “The Last Stylebender” delivered on his promise to claim the middleweight crown by stopping Robert Whittaker in the second round of their main event bout at UFC 243 in Melbourne, Australia. Adesanya used his versatile skillset to slay the dragon and take the title, using his flair for the dramatic all the way through.

As Adesanya danced his way to the Octagon during an elaborate choreographed entrance, fans were left to wonder if they were seeing shades of former boxing champ Prince Naseem Hamed or a replay of the recent failed performance of Michael Pereira. Just before the second round came to a close, Whittaker was left laying on the canvas and Adesanya was left as the division’s one true king.

Whittaker (20-5), fighting for only the second time since winning the championship at UFC 213 in July 2017, attempted to pressure Adesanya (18-0), but the defense of “The Last Stylebender” kept the undefeated 30-year-old out of trouble. In the final second of Round 1, Adesanya cracked Whittaker and dropped him to the canvas. Had the horn not sounded, the fight likely would have ended there.

Instead, Whittaker came out hard in Round 2, not backing down after being nearly finished moments prior. Adesanya continued using footwork and defensive tricks to avoid Whittaker’s shots before connecting with a right hand and a follow up left hook that dropped Whittaker once again. This time, without the horn to save him, Whittaker was finished and Adesanya was left standing as the best middleweight in the world.

The victory was the culmination of Adesanya’s journey to the top of the fight game.

“I remember everything like an elephant,” Adesanya said. “Like I said, I was in the nose bleeds. Now I made his nose bleed.”

Following his victory, Adesanya was quick to call his next shot. Adesanya called out undefeated Paulo Costa — including throwing a pro wrestling-style crotch chop at the Brazilian star.

CBS Sports was with you for every punch, kick and submission attempt with our live blog below. If you are having trouble viewing the blog, please click here.