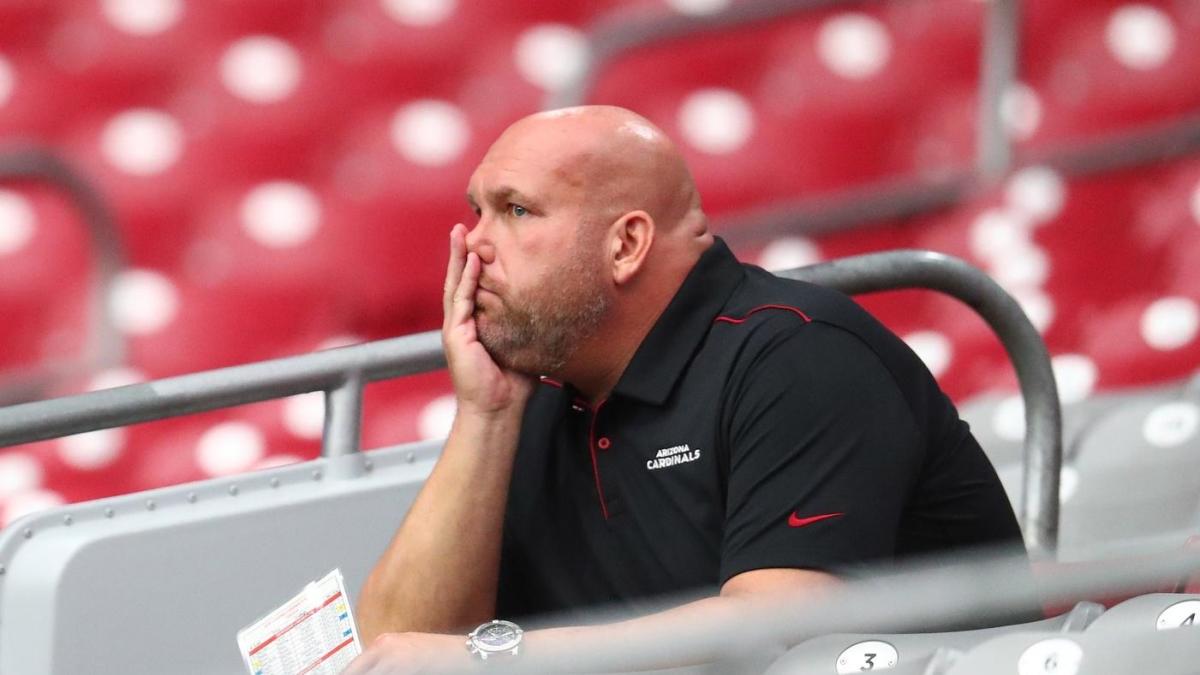 The Arizona Cardinals went through a purge in their organization last season, firing head coach Steve Wilks after finishing with the NFL‘s worst record. In addition to Wilks’s departure, Arizona traded quarterback Josh Rosen one season after moving up to the 10th overall pick in the NFL Draft to get him.

In came Kliff Kingsbury as head coach and quarterback Kyler Murray as the No. 1 overall pick. General manager Steve Keim remained, despite Arizona’s free fall from reaching the NFC Championship Game in 2015 to the worst record in the league in just three years. Keim was given the opportunity to fix the mess he created, since he was the general manager that hired Bruce Arians and was responsible for the Cardinals reaching back-to-back playoff appearances for just the fourth time in franchise history.

The Cardinals were bad last year, but look even worse this year. The clock is ticking for Keim.

“This is a results-based business,” Keim said, via the Cardinals website after an appearance on 98.7 FM. “When you take these (GM) positions and certainly the position I’m in, you have to have thick skin and be prepared for the criticism that, quite frankly, a lot of times it’s accurate. You don’t want to get too high on the highs, when you are Executive of the Year, and you don’t want to get too low on the lows. You’ve got to stay consistent, you’ve got to stay confident in yourself — which I do — and I’m excited with some of the things we are doing.

“The wins aren’t there right now, which is not acceptable. But at the same time I do see some good things going on and I am glad we made some of the decisions we made this offseason.”

Keim bought himself some time with the Kingsbury hire and the selection of Murray, but how much time does he actually have? The Cardinals are 25th in points (18.5) and 23rd in yards (326.2). The defense is one of the worst in the NFL, ranking 29th in points allowed (28.8) and 31st in yards allowed (417.5). Compared to last season, the Cardinals have upgraded the offense, which finished last in points (14.5) and yards (241.5). This is with one of the worst offensive lines in the NFL.

Murray has shown encouraging signs, completing 62.7 percent of his passes for 1,071 yards with four touchdowns and four interceptions for a 78.8 passer rating. He also has 18 carries for 113 yards and a touchdown while being sacked 20 times.

The Cardinals will need to win games to prove they’ve made progress. Their next chance to do so comes against the winless Cincinnati Bengals Sunday. Surely this is a game Keim would like to have.