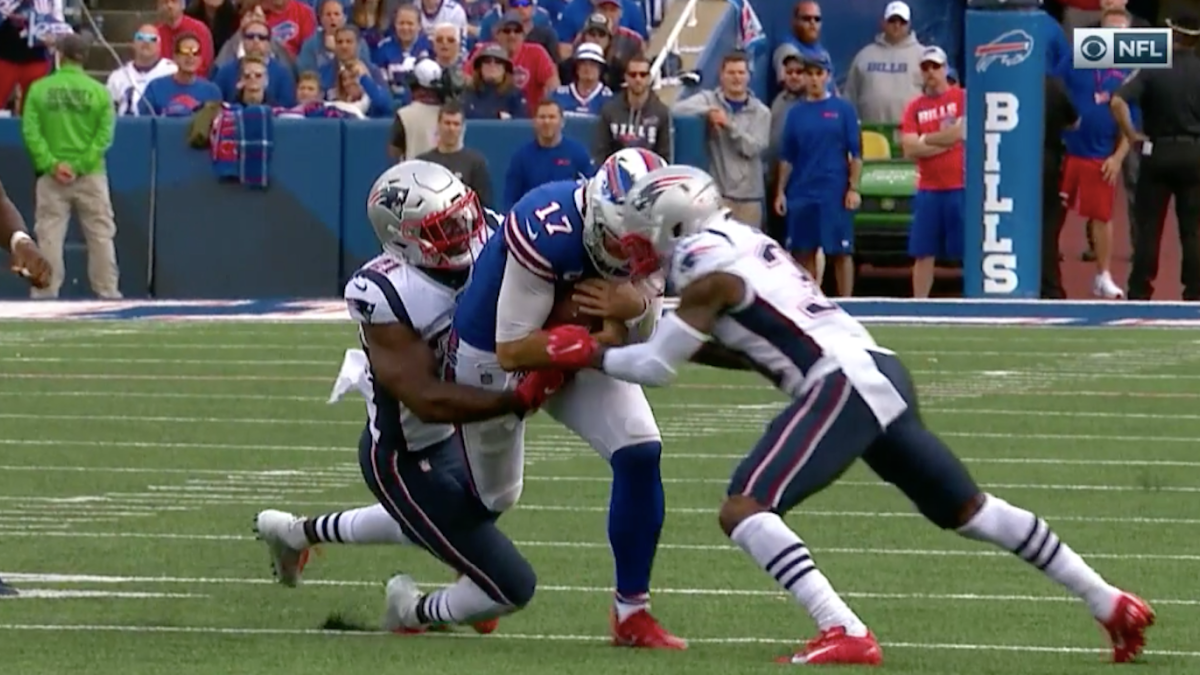 Buffalo Bills quarterback Josh Allen cleared concussion protocol Saturday, paving the way for him to start Sunday against the Tennessee Titans. In addition to Allen, fullback Pat DiMarco and safety Dean Marlowe were also cleared and are expected to play against Tennessee.

Allen was in concussion protocol throughout the week after a helmet-to-helmet hit by New England Patriots cornerback Jonathan Jones in the fourth quarter of New England’s 16-10 win. Allen left the contest, which sparked controversy in the Bills locker room throughout the week how Jones was allowed to continue in the game.

The Bills quarterback was a limited participant in practice Wednesday and Thursday, but was a full participant Friday. Bills head coach Sean McDermott indicated Allen would play if he cleared concussion protocol earlier in the week.

“I’d be comfortable (playing him),” McDermott said, via NYup.com. “If he’s OK then he’ll play. That’s as clear as I can be.”

Jones reached out to Allen this week on the hit, but kept the conversation private to the media. He hasn’t heard from the NFL if he will receive any punishment for the hit.

“It was just football,” Jones said, via Henry McKenna of the Patriots Wire . “Got a chance to talk to him. Now I’m good.”

Allen has completed 60.3 percent of his passes for 903 yards with three touchdowns and six interceptions this season. He also has 31 carries for 131 yards and three touchdowns as the Bills are off to a 3-1 start.

The betting line for Sunday’s game when Allen’s status was in doubt was Titans -3 but ticked down to Titans -2.5 in the immediate wake of the news that Allen has been cleared. Our Dave Richard has updated his Week 5 Fantasy rankings to account for Allen, but the Bills quarterback did not crack his top 20, checking in at No. 22.