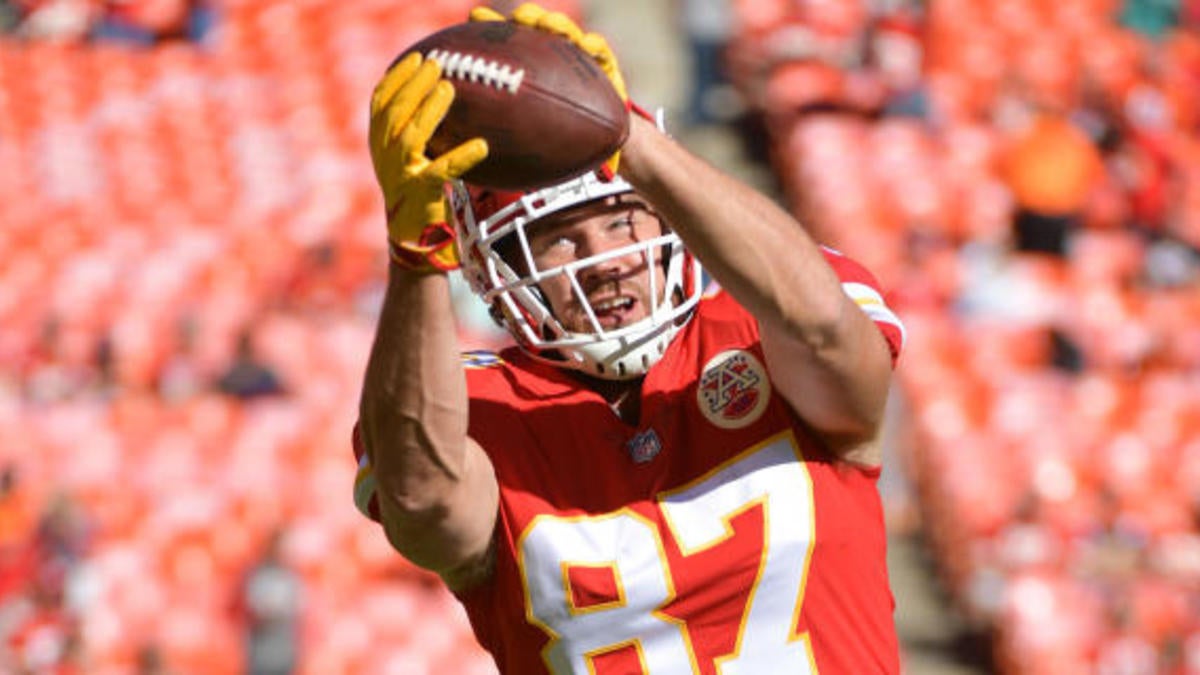 The 2019 NFL schedule is one-quarter through, and those of you who are still standing in NFL survivor pools have 13 weeks left to navigate. Unfortunately, Week 5 has already thrown everyone a curveball because the Miami Dolphins are on bye, and several top players have made hay by picking against the struggling Fins every week. However, there are still three double-digit favorites in Week 5, with the Patriots favored by 15.5 over the Redskins on the road, the Eagles favored by 13.5 at home against the Jets and the Chiefs favored by 11 at home against the Colts on Sunday Night Football. Is it the right time to use any of them for your NFL survivor pool picks? Before you make any Week 5 NFL knockout pool picks, be sure to see the latest NFL pick’em plays from the model at SportsLine.

Since its inception, this model is up over $7,000 for $100 players on its top-rated NFL picks. On straight-up picks, it ranked in the top 10 on NFLPickWatch for the third straight year and beat over 96 percent of CBS Sports office pool players last season. Anyone who has followed it is way up. The model advanced with the Eagles, Ravens, Cowboys and Chargers the first four weeks, and now it’s revealing its optimal NFL knockout picks for Week 5 only at SportsLine.

We can tell you the model is not going with the undefeated Chiefs, even though they’re 11-point home favorites over the banged-up Colts on Sunday Night Football. Patrick Mahomes has Kansas City on cruise control at 4-0, but the Colts have been tough despite the preseason retirement of franchise quarterback Andrew Luck.

Indianapolis is 2-2, with its two losses coming to the Chargers in overtime and the Raiders by seven last week. Quarterback Jacoby Brissett is completing 65.2 percent of his passes and has thrown 10 touchdowns against just two interceptions as the starter.

The Colts are also averaging 4.6 yards per carry and are going up against a Chiefs defense that allows 5.9 yards per tote. The model is hesitant to guarantee they’ll take care of business in a game that may be tougher than the spread indicates. Plus, it’s saving Kansas City for a lighter opponent down the road.

There’s a team that’s winning just as often, and it’s the top play this week for your NFL football pools. Picking this team also sets you up for the rest of the season. You need to see who it is before locking in any NFL survivor picks.

So which team is a must-back in your Week 5 survivor pool? Visit SportsLine now to see which team carries you to victory in Week 5, all from the proven computer model that’s ranked in the top 10 in straight-up picks three years running.