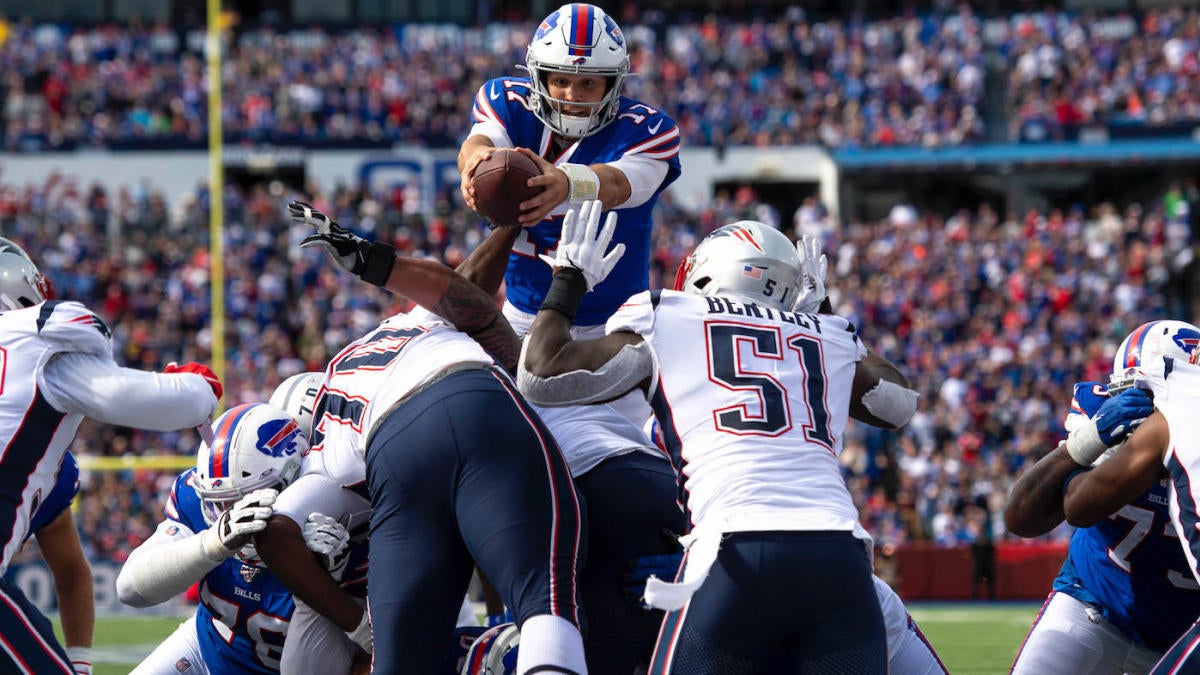 This week on the podcast, we were able to find five plays we all love to throw into a big parlay that would pay 22-to-1 if it hits. Our five-leg play includes three unders as we look to capitalize on some defenses that have played really well to date and some questionable quarterback situations.

If you’re just looking for straight picks, you can check out Brinson’s best bets in his Friday column and White’s SportsLine selections for Week 5.

All lines have been updated to Friday’s listings at Westgate.

Five-team monster! We all like three of the picks you see above as consensus plays. And we also like the 49ers laying the points on Monday night. If you don’t want to wait until Monday to cash that puppy and/or you’re dealing with the Bills being off the board, just parlay the three over/unders in this spot. I like all three a lot, obviously.

Someone needs to tell me how this parlay of big favorites lose. Just kidding, I already know the answer. It’s the Vikings. The Eagles, Patriots and Chiefs — all double-digit favorites — are going to win outright and probably do so comfortably. But putting those three teams in a parlay is still just -275, so you have to risk $100 to win $36.36. It’s going to win but that’s not worth the cost of admission

We need one more team to make the money right and that means finding a favorite we trust. I narrowed it down to the Texans, Bears, Chargers and Vikings. Matt Ryan could go off and beat us, so I scratched Houston. Chase Daniel overseas is a lock right? I don’t know. Something spooky there. I’m not going to be punching myself in the face when the Broncos beat the Chargers Sunday. The Vikings get a rookie quarterback who is undefeated in a week when things look like they’re falling apart. This is a prime spot for Kirk Cousins to go nuts and keep everyone off his scent for a little while. Throw in Minnesota and this four-team favorite parlay pays basically even money. That’s great value. If Minnesota wins this should cash.

Here’s the bonus for this parlay: if we get the three legs in the afternoon, you can loop back and take the Colts on the ML as a hedge — at +450, you could take them for 1/4 of a unit and guarantee profit. You could also take Indy +11 for .5u and give yourself a window.

Cardinals +145 at Bengals
Broncos +220 at Chargers

Here we’re taking our best DVOA play in the Cardinals from my betting tips column on Wednesday and finding a solid longshot to pair them with and get +750 odds on the two-team package. Why Broncos? The Chargers are coming off a long road trip to Miami, and I like fading them in that spot and going with a Denver team desperate for a win for their new coach.

Cardinals +10 at Bengals
Packers +10.5 at Cowboys
Patriots -8 at Redskins

The goal of this particular teaser is to get the Patriots under double digits. Nothing is guaranteed in life or the NFL, but I feel confident the Pats will beat the Redskins by more than 10 points this week. I also believe Arizona, given how bad the Bengals defense is, will have a chance to storm through the backdoor worst case with this teaser and can absolutely win outright. The Packers are missing key players but the same theory holds for Aaron Rodgers on the road in Dallas, where he traditionally plays well. If the Cowboys whip Green Bay by 14 points you just tip your cap to Kellen Moore and clap loudly in Jason Garrett’s direction.

Patriots -9 at Redskins
Cardinals +9 at Bengals

There honestly isn’t a whole lot worth teasing; if you try and get tricky and go through zero with a 3.5-point favorite, you aren’t getting to +3 on a six-point teaser. So I’m going to take the Patriots down to only needing to win by 10. I would hate doing this with most teams on the road, but if there’s anyone that should be safe for this play, it’s Bill Belichick’s squad. And of the lines around three we can tease up, I’m most comfortable doing it against an awful Bengals team.