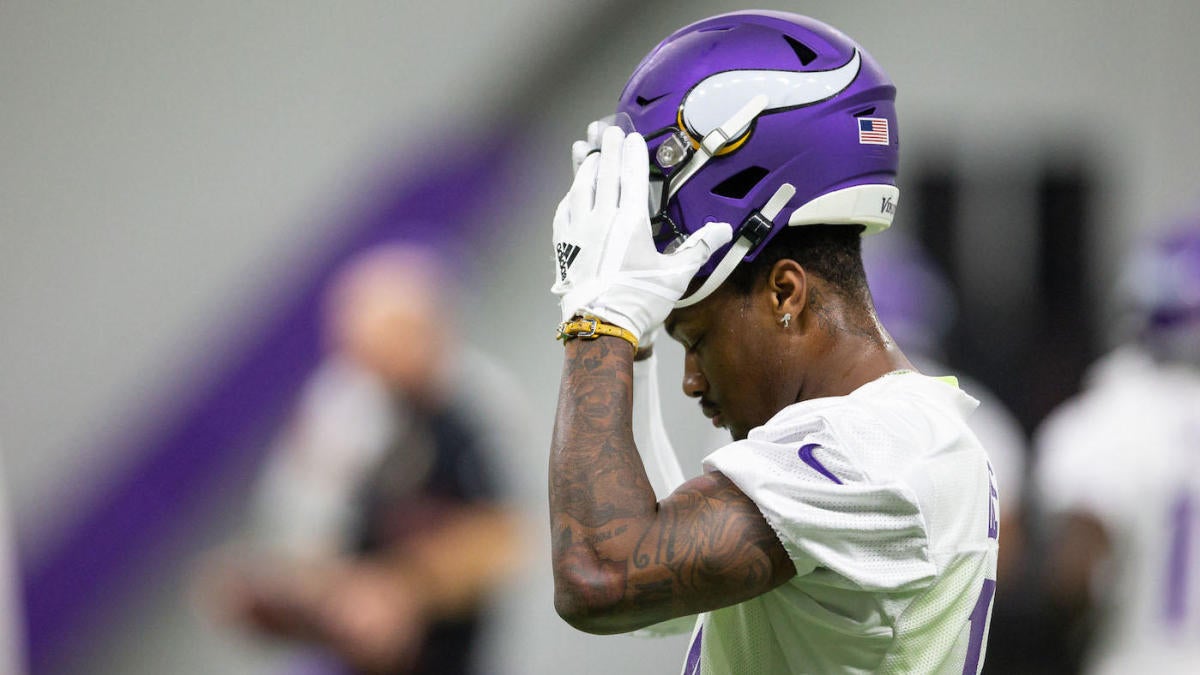 Minnesota Vikings wide receiver Stefon Diggs has made it clear that he’s not ecstatic about his current standing with the team, and now, he has been punished for time missed this week. Diggs missed several meetings and practice due to undisclosed reasons. As a result, Tom Pelissero reports that the team has fined him. What’s interesting is that this is apparently not the first time he has missed a meeting this season.

On Thursday, Diggs spoke with reporters about the swirling trade rumors that have been the focus of headlines for the past week. The former fifth-round pick didn’t exactly deny that he’s at odds with the team, but did respond with, “I feel like there’s truth to all rumors, regardless of what it is — good or bad,” Diggs said, per The Athletic. “I can’t say what’s real and what’s not.”

While Diggs is healthy, head coach Mike Zimmer said on Friday that he’s not even sure if his wide receiver will suit up to play the New York Giants this weekend in an odd back and forth with reporters, per NFL.com:

Did he seem like the regular Stefon Diggs in practice?
“I have to watch the tape.”

What do you base it on whether he’ll play or not?
“When I watch the tape.”

It’s how he looks, not a punishment of any sort?
“No, he’s already been punished.”

Diggs has gotten off to a slow start this season, but he did record his best game last week against the Chicago Bears, when he caught seven passes for 108 yards. The Vikings still lost to backup quarterback Chase Daniel, 16-6, as the offensive struggles continued.

Much of the blame for the Vikings’ 2-2 start has been pinned on quarterback Kirk Cousins. He is averaging just 183 yards per game and has thrown for three touchdowns and two interceptions so far. With offensive weapons like Dalvin Cook, Adam Thielen and Diggs, Minnesota’s offense appears to be one of the best in the league on paper, but it just hasn’t clicked yet.

Ian Rapoport said on Thursday that Minnesota has no intention of dealing Diggs, barring a massive offer. ESPN reported earlier that at least one NFL team “definitely interested” in acquiring Diggs was informed by the Vikings he would not be traded.

Fining Diggs probably felt like throwing salt in a wound. This situation appears to be far from over.