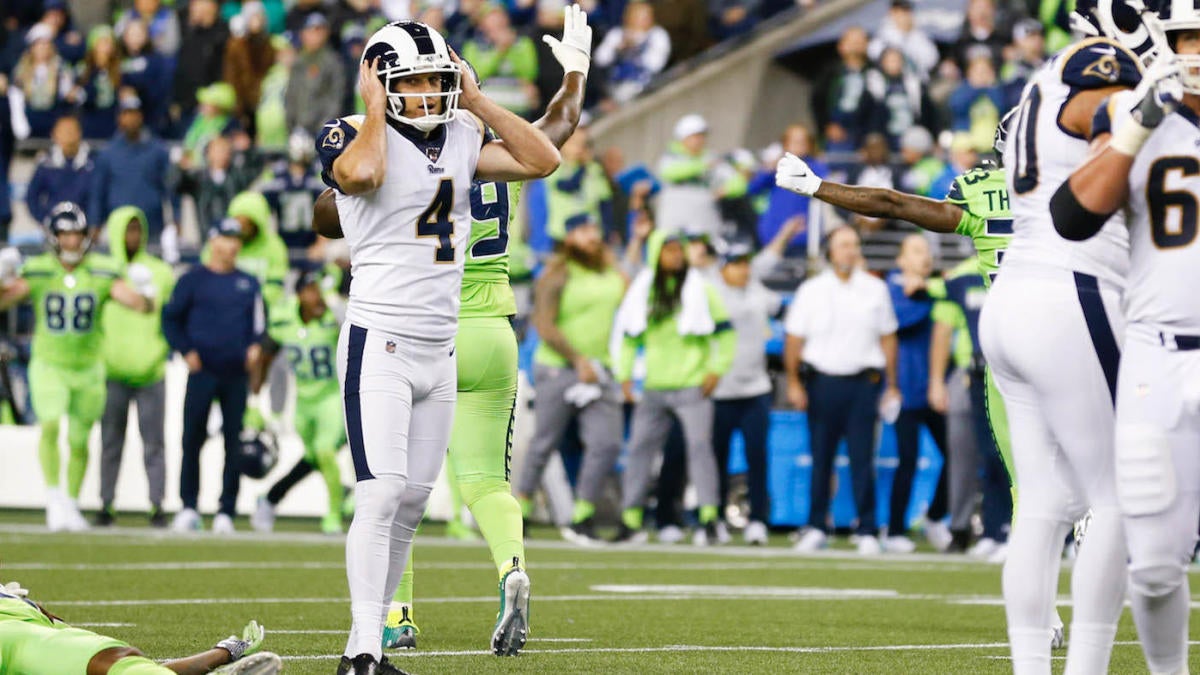 The Rams were in position to walk out of Seattle 4-1 on the season and be in a commanding spot in the NFC West as Greg Zuerlein lined up for a 44-yard attempt on Thursday night. But the pendulum swung the other way, Zuerlein’s kick was no good and Los Angeles fell to the Seahawks, 30-29, at Century Link Field.

After the game, Zuerlein admitted that his swing at the ball was poor and said that’s what led to the miss.

“I thought it had a chance to come back in,” Zuerlein said, via The Los Angeles Times, “but any time I swing like that it’s usually not a recipe for success.”

Of course, the Rams have been on the positive end of Zuerlein’s kicks for the most part, including a game-winner in the NFC Championship Game last year. Given that, their confidence in him doesn’t appear to be shaken with this miss, despite it putting them behind the eight ball against a division foe.

“It didn’t all come down to that kick,” quarterback Jared Goff said after the game. “There were a lot of plays that we could have done better.”

The Seahawks won a wild game on Thursday night football, and John Breech, Ryan Wilson and Sean Wagner-McGough joined host Will Brinson to break it all down on the Pick Six Podcast. Listen to the full episode below and be sure to subscribe here for daily NFL goodness.

Added head coach Sean McVay: “He just missed it. We have a lot of confidence in Greg. It’s one kick, he’s made a lot of kicks for us. He will continue to make a lot of kicks for us. There were a lot of plays in this game, one play will never really determine the outcome. I know that was the final one, but I thought there was a lot of really good things on both sides of the ball.

“Special teams did some good stuff. I thought it was a very high-caliber football game. Credit coach (Pete) Carroll and the Seahawks, they did enough to get the win tonight. We will take a couple of days, we’ll get ourselves healthy, we’ll look in the mirror and figure out what we can do better and we’ll respond.”

Zuerlein is 12-for-15 on the year on field goals while netting all 14 of his extra point attempts.

From here, the Rams will try to regroup and prepare to snap their two-game losing steak when they host a critical matchup with the currently unbeaten San Francisco 49ers in Week 6.