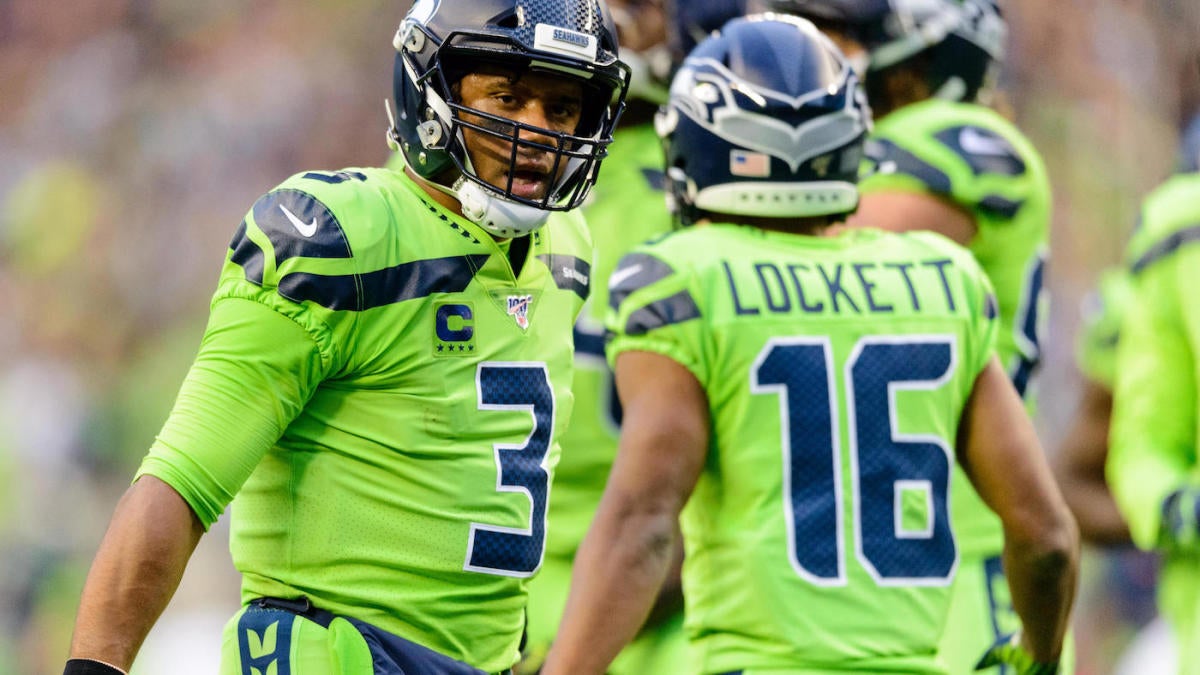 If your jaw wasn’t sitting firmly on the floor after seeing what Russell Wilson and Tyler Lockett did early on in their Week 5 battle with the Los Angeles Rams, you’re not a human being. Trying to avoid a two-game losing streak was the goal of both teams when they took the field at CenturyLink Field for Thursday Night Football, but it was the Seattle Seahawks escaping with the win in a 30-29 nail biter.

If not for the following insane pitch-and toss during a broken play by Wilson and Lockett, they might’ve instead found themselves on the losing end in such a tight contest. With the Rams up 6-0 approaching the end of the first quarter, broken protection forced Wilson to roll out to his left and what looked like a cross-body throwaway wound up being one of the best touchdowns of the season when Lockett — who was streaking across the back of the end zone in heavy traffic — reeled it in and somehow got both feet in.

After a successful PAT, the Seahawks went up 7-0 and used the play as a jet pack to battle through the rest of the game.

It was the first of four touchdowns on the night for Wilson, and the one that jumpstarted the offense.

“Yea, I don’t practice that,” Lockett said with a smile, via Bellingham Herald. “Because I’m so short, it works out perfectly for me to just keep my feet in. That was a great play by Russ. It didn’t work out the way that we wanted it to with the play being ran.

“Russell kept the play alive, and anytime the defensive back is facing you and his back is turned to Russ — Russ is going to throw it and give us a chance to make a play. The best thing about that throw was that if I didn’t get it, nobody was going to get it. Just the fact that he trusted me enough to be able to give me a chance, and I was able to secure the catch and get my feet in — that’s a big-time play. It put us up 7-6, and I’m just thankful and blessed God put me in that position.”

And as far as where it ranks among the favorite catches of his NFL career?

“That might have to be No. 1,” Lockett said. “I know I do a lot of toe taps, and lucky I’m still able to secure the catch and do it, but just looking at it — by what a lot of you guys are saying — it’d probably have to rank No. 1.”

Given the athleticism to pull it off and the timing, the 4-1 Seahawks would probably agree.