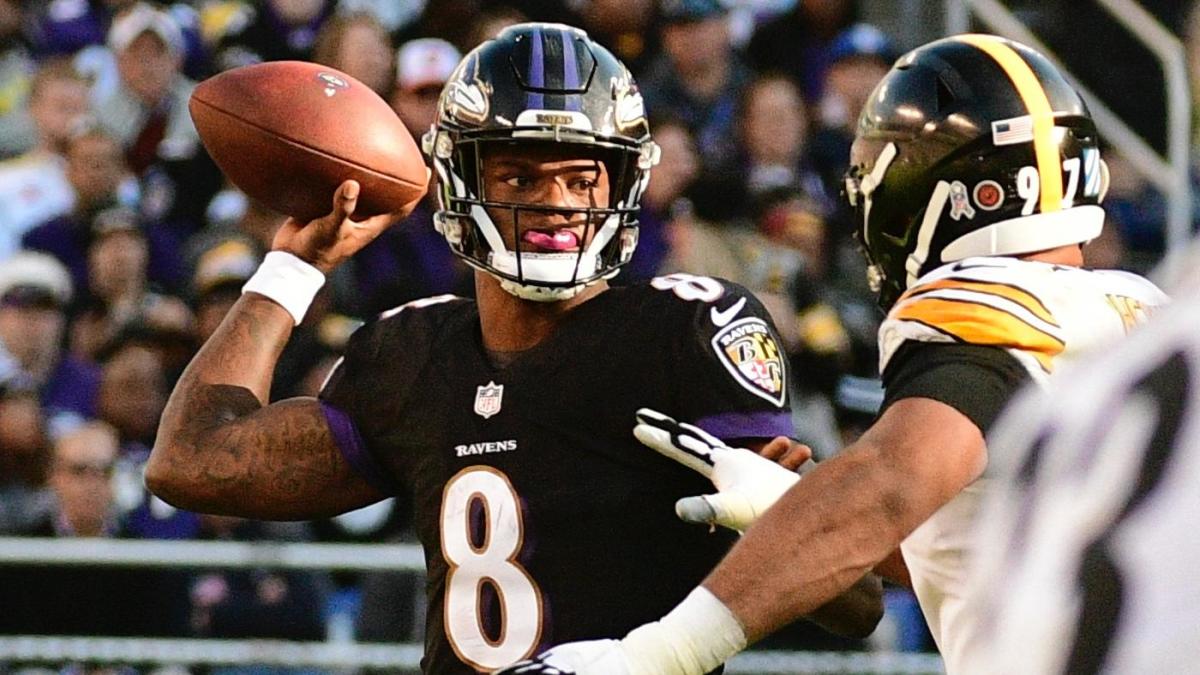 Aside from bragging rights, the Baltimore Ravens‘ road matchup against the Pittsburgh Steelers may help determine which team will remain in the AFC North division title chase as the second quarter of the 2019 regular season begins.

Baltimore comes into Sunday’s game losing to erase the stink of two consecutive losses after a 2-0 start to the season. The Ravens’ defense, specifically, has struggled as of late, allowing 73 total points in those two losses — and that includes giving up 40 points to the Cleveland Browns in Baltimore last Sunday. The Ravens will surely be looking to top Pittsburgh’s 29th ranked rushing attack after allowing Cleveland to rush for 193 yards and four touchdowns on 27 carries. Baltimore’s 30th ranked pass defense will look to get on track against Pittsburgh quarterback Mason Rudolph, who mostly played it safe during Monday night’s blowout victory over the Cincinnati Bengals while going 24-28 with 229 yards with two touchdowns and zero interceptions.

Sunday’s big matchup will be Baltimore’s emerging offense against Pittsburgh’s also emerging defense. While the Ravens boast the NFL‘s highest-scoring offense (largely due to their 59-point outburst against the hapless Miami Dolphins in Week 1), they also own the league’s most prolific passing attack as well as the league’s top-ranked rushing attack. Rookie receiver Marquise Brown and tight and Mark Andrews have been Jackson’s favorite targets, while running back Mark Ingram, 2019 free agent signee, is off to a tremendous start in Baltimore, with five touchdowns through four games while averaging 6.0 yards per carry.

The Ravens’ offense will be tested by a Steelers defense that recorded eight sacks and two turnovers in Pittsburgh’s 27-3 win over Cincinnati on Monday night. T.J. Watt and defensive captain Cam Heyward accounted for half of the Steelers’ sack total, while rookie inside linebacker Devin Bush looks to be every bit as good as his 10th overall pick in this year’s draft would suggest. Minkah Fitzpatrick has made an immediate impact as Pittsburgh’s new starting strong safety after the Steelers traded the Dolphins next year’s first round pick for him after the first week of the regular season.

The Steelers’ defense needs to do a better job containing Jackson than they did Russell Wilson during the Seattle Seahawks‘ Week 2 win in Pittsburgh. I believe they will while consistently applying pressure on Jackson. If the Steelers can apply pressure on Jackson while also stopping Ingram and Baltimore’s formidable running game, Pittsburgh will have a great shot at pulling off the upset.

Pittsburgh also needs to make sure that Rudolph isn’t exposed against a Baltimore defense that is surely out to prove that last Sunday’s stinker against Cleveland was a fluke. While I don’t have confidence in the Steelers’ offense, I believe that they will just do just enough to complement their defense while getting their second straight win. I also believe this game might come down to Pittsburgh kicker Chris Boswell, who has yet to miss a field goal this season after a disastrous 2018 campaign.