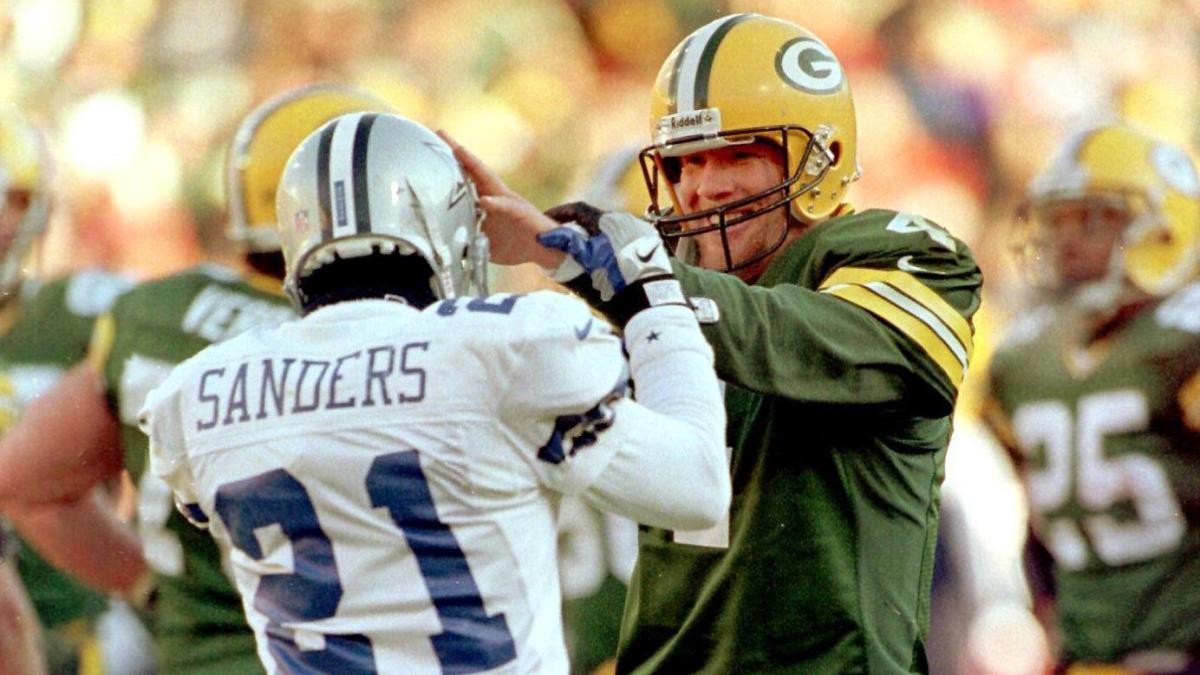 While Sunday will mark only the 37th time that the Dallas Cowboys and Green Bay Packers have faced one another, these two storied franchises have competed in some of the NFL‘s greatest games dating back to their first meeting on New Year’s Day, 1967.

Before they renew their rivalry this Sunday at “Jerry World,” here’s a look at the five greatest moments in this rivalry’s history.

Packers outlast Cowboys to advance to Super Bowl I

In front of a sellout Cotton Bowl crowd, the Packers raced out to a 14-0 lead after special teamer Jim Grabowski returned a fumble for a score. Despite Green Bay quarterback Bart Starr’s 51-yard touchdown pass to Carroll Dale, two rushing touchdowns by the Cowboys and two Danny Villanueva field goal trimmed the Packers’ lead to 21-20 minutes into the third quarter. Green Bay responded to back-to-back touchdown passes, as Starr — who went 19-28 for 304 yards and four touchdowns — found Max McGree and Frank Clark for scores.

But after Dallas quarterback Don Meredith found Frank Clarke for a 68-yard score, Dallas was in position to tie the game on the game’s final possession. Green Bay’s defense, however, ended the Cowboys’ comeback bid when Dave Robinson’s pressure of Meredith forced an errant pass that was intercepted by Tom Brown on the Cowboys’ final offensive play.

Green Bay would go onto defeat the AFL champion Chiefs in Super Bowl I, 35-10.

Who’s going to cover the spread in every Week 5 game? Pete Prisco and R.J. White join host Will Brinson on the Pick Six Podcast to give you winners and more gambling advice. Listen to the full show below and subscribe here for daily NFL goodness.

A partisan Packers crowd inside Lambeau Field braved the -23 windchill to see if their team could win a fifth NFL championship in a seven-year span while getting back to the Super Bowl. The Cowboys didn’t make it easy, however, with Dallas taking a 17-14 fourth quarter lead on Lance Rentzel’s 50-yard touchdown pass from halfback Dan Reeves.

Undaunted, Starr and the Packers drove into Cowboys’ territory before facing third and goal from the 1-yard-line with just seconds left. After using their final timeout, legendary Packers coach Vince Lombardi decided to risk having the clock run out on his team by calling a running play. Starr, who was supposed to give the ball to Chuck Mercein, decided to keep the ball while running behind Hall of Fame lineman Jerry Kramer.

The score gave Green Bay a 21-17 lead en route to a 33-14 win over the Oakland Raiders in Super Bowl II. It would be the Packers’ final championship during their decade of dominance.

After already defeating Brett Favre’s Packers twice in postseason play, the Cowboys raced out to a 14-3 lead in the 1995 NFC Championship Game on two touchdown passes from Troy Aikman to Michael Irvin. Undaunted, Favre — who won his first of three straight league MVPs that season — completed a 73-yard touchdown pass to speedster Robert Brooks to cap off an exciting first quarter.

Favre continued to fire away, throwing two more touchdown passes that included his go-ahead touchdown pass to Brooks with 5:19 left in the third. The Cowboys countered with Hall of Fame running back Emmitt Smith, who that season set the then-NFL record with 25 touchdown runs during the regular season. Following Favre’s second touchdown pass to Smith, Dallas embarked on a 14-play, 90-yard drive that ended with Smith’s 5-yard touchdown run with 12:24 left.

Despite taking the Packers’ best punch, the Cowboys prevailed, 38-37, en route to becoming the first team in NFL history to win three Super Bowls in a four-year span. Green Bay, despite losing to Dallas in the regular season, would go 13-3 during the 1996 regular season before defeating the New England Patriots in Super Bowl XXXI.

The Cowboys quickly responded, with Murray’s 30-yard run helped get Dallas into Green Bay territory. But after the draft stalled, Dallas faced a fourth and two on the Packers’ 32 with 4:42 left. That’s when Romo lofted a deep pass to Dez Bryant, who appeared to haul in the pass while putting the Cowboys in position to advance to their first conference title game in 19 years.

That’s when the officials, after reviewing the play, ruled that Bryant “did not complete the act of making the catch” while awarding the ball to the Packers.

Green Bay would then run out the clock while defeating the Cowboys in the postseason for the first time in 47 years. And while Dallas fans spent the week (and years since) railing against the league’s decision to overturn Bryant’s score, Green Bay lost an equally heartbreaking game to the Seattle Seahawks in the NFC title game.

The 2016 Cowboys appeared to have a feeling of destiny entering the postseason. Led by rookie sensations Dak Prescott and Ezekiel Elliott, Dallas won an NFC-best 13 regular season games while earning home-field advantage throughout the playoffs. The Cowboys were also looking to settle the score with the Packers two years removed from their gut-wrenching playoff loss at Lambeau.

Green Bay, having defeated New York in the wild-card round, raced out to a 21-3 lead that included two touchdown runs by Ty Montgomery. While Dallas responded with 10 consecutive points, Rodgers’ second touchdown pass, a 3-yard pass to Jared Cook, gave Green Bay a 28-13 lead with just over 11 minutes left in the third quarter.

Dallas continued to battle, as touchdowns by Bryant and Jason Witten helped set up Dan Bailey’s game-tying, 52-yard field goal with 35 seconds left. After having trailed for most of the game’s first 59 minutes, the Cowboys had appeared to have forced overtime while keeping their Super Bowl hopes alive.

That’s when Rodgers ended those dreams for good, as he fired an improbable, 36-pass to Cook that set up Mason Crosby’s game-winning, 51-yard field goal as time expired.

That win, coupled by Green Bay’s 2017 regular season victory over Dallas, has given the Packers a 19-17 series lead entering Sunday night’s showdown.