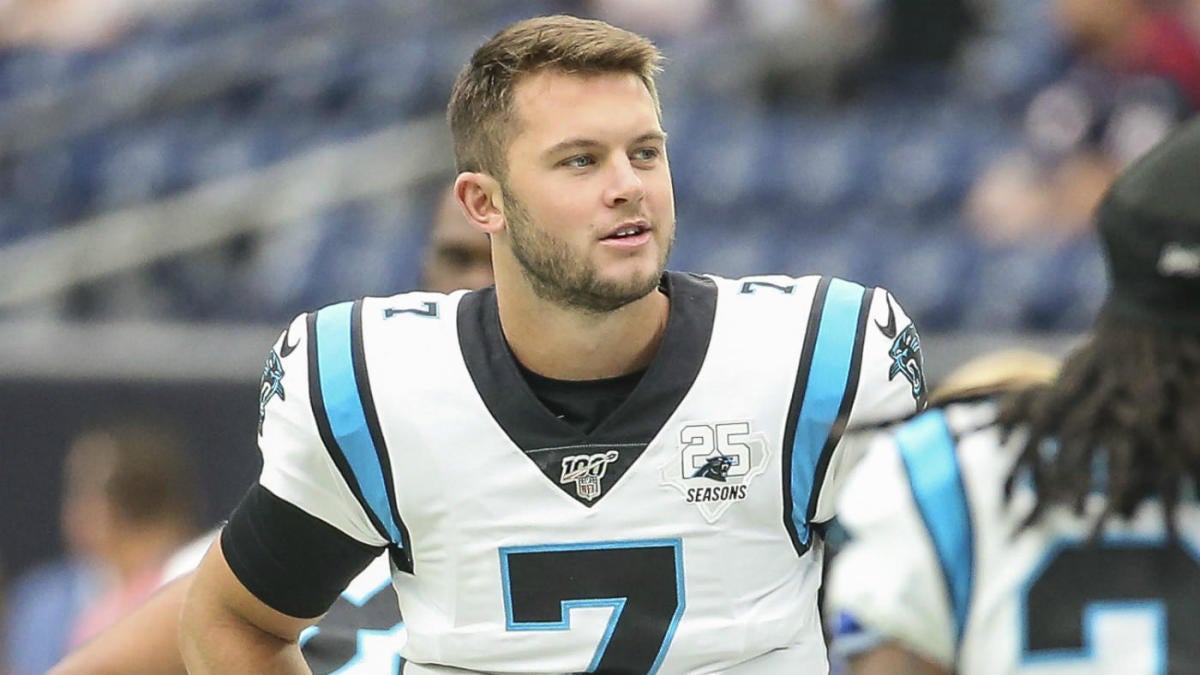 Rough week for me last week, which isn’t really surprising, considering I spent the top part of my article and the early part of my podcast talking about how hot I was. Should just shut my mouth and focus on finding winners. Also I got ahead of myself on the Vikings (they had Kirk Cousins under center against a great Bears team), took some road chalk (Cowboys at Saints) and banked on multiple bad teams (Giants, Redskins, Cardinals) scoring a ton of points. When you step back and say it out loud, those decisions don’t seem entirely sound.

It’s OK. It’s one bad week. They’re going to pop up. Just need to mitigate the damage with a scorcher this week. Somehow I stumbled into eight (eight!) NFL plays for this week. We also have a pretty stout five-game parlay from the Pick Six Podcast all set up as well. You can read it below, but if you prefer you can hear me, Pete Prisco and R.J. White hand it out in the player below and make sure to subscribe right here to get the podcast daily (eight shows a week!).

Rolling with Carolina in another good spot. The Jaguars are coming off a big win over the Broncos and are on their second-straight road game. The injury report indicates Jalen Ramsey won’t be playing this week again, which means the Jags defense should struggle to slow down, well, anyone. Joe Flacco lit them up! Kyle Allen can do the same with the way the Panthers offense operates. More importantly, Gardner Minshew is banged up, which could cause some problems for Jacksonville’s offense if his mobility is limited. The Panthers are tied for the most sacks in the NFL (18) and even with Kawaan Short gone for the year are creating HAVOC on opposing offenses. They sacked Kyler Murray eight times and Deshaun Watson six times. Minshew is willing to hold the ball and has been sacked 10 times already this season. Carolina’s run defense is a concern here, but if Carolina can get a lead and make the Jags one dimensional it could get ugly in Charlotte.

This is a lot of points for a team coming off a loss and going against a road team in Atlanta that should be desperate and gets the benefit of playing in a domed stadium. Here’s the issue: the Texans are just a matchup nightmare for Atlanta. The Falcons are bad at protecting Matt Ryan (sacked 10 times this year) and the Texans defensive line is playing really well. J.J. Watt is wreaking havoc and Whitney Mercilus is putting together a monster season in a contract year: He has five sacks and four forced fumbles through his first four games. He’s going to feast off the edge while the offense is busy worrying about Watt. Additionally, the Texans are a team that should be hitting on the deep ball more than they have. Deshaun Watson has just two plays longer than 40 yards but it should be like six — he definitely missed two long touchdown throws against the Panthers because pressure was in his face. I don’t think he’ll see as much heat against Atlanta and if Will Fuller draws Isaiah Oliver it could mean some big-time shots. The number here is a little concerning for a backdoor cover and I wouldn’t be surprised if Matt Ryan has a huge day in a loss, but if the Texans get up and can pin their ears back, he’s going to have a long day regardless of the numbers.

This game might be off the board until Josh Allen is officially ruled out, but I don’t really mind taking Matt Barkley in this spot either. The Titans are a very up and down team and are coming off an impressive win over the Falcons (in Atlanta no less). Buffalo’s defense might be the best in the league, non Patriots division. Sean McDermott has this team clicking on that side of the ball. Frank Gore is an ageless machine on offense and continues to rumble with the rock in his hands. I just think the Bills are the better team here and I don’t see a way Tennessee moves the ball against this defense. I’ll take the points, and if Allen happens to play the Bills might be favored here.

The biggest concern, by far, for this matchup is the Tyron Smith injury. The Cowboys left tackle has missed games previously and when he’s absent there’s a noticeable dip from the Dallas production on offense. Two things give me some sense of relief here though. One, the Packers just can’t stop the run regardless of who’s on the offensive line. I think Ezekiel Elliott is headed for a BIG day. And two, Kellen Moore will have a more creative approach than his predecessor when it comes to deploying an offensive attack against a stout Packers defense that is coming into question after being gashed by the Eagles last Thursday. Both of these teams want to run the ball; we’ll see if the Packers can have success against one of the best linebacking corps in football. Dallas’ defense is just average by advanced metrics, but take out one long Saquon Barkley run and they’re doing a heck of a job snuffing out run games. But that won’t stop the Packers from rushing the ball and Dallas will certainly comply in that regard too. Love the under in this spot as a result of those game plans. (If you’re missing it, that’s two best bets on one game.)

If you watched our Pick Six Podcast YouTube exclusive on Sunday night where the SuperFriends broke down the early lines for Week 5 as soon as they came out, you know that I liked the under in this game at 46. Obviously 46 is better than 42.5 for an under! And the total is going to keep dropping in my opinion: I don’t know that we’ll get to 40 because there’s too much of a window opportunity there, but it’s down to 42 and I think 41 is certainly in play. It should be. The Patriots have the best defense in football. They’ve scored more points on defense than they’ve allowed. The Redskins are either starting an injured Case Keenum, a rusty Colt McCoy or a wholly unprepared Dwayne Haskins. As Les Robinson of the Washington Post reported Friday, ownership pushed/is pushing Haskins on Jay Gruden and the situation is becoming combustible. Do not bet on the Redskins this week. Don’t do it. New England would probably like to get in, snuff out the Skins and get out with a win and no injuries. Expect a lot of second-half runs. I don’t think Washington’s defense can hold up the way Buffalo’s did last year, but I don’t think the Patriots will be gunning for a 40 burger either. 27-7 cruise-control victory here.

Hi, my name is Will. I just told you I’m an idiot for taking overs on terrible football teams. Can I interest you in a jacked up over between two teams that are — *checks notes* — 0-7-1? Oh no. I don’t care. I’m riding this one. The Bengals have the 31st ranked pass defense according to DVOA and this might FINALLY be Kliff Kingsbury’s chance to unleash his offense on the NFL. Likewise, the Cardinals are terrible on defense and Andy Dalton hasn’t played that bad, he just got swallowed whole by a good Steelers pass rush. This is a 1 p.m. ET game no one will be paying attention to and it could turn into a dumb shootout. I love Dalton/Auden Tate as a DFS stack. And I’ve got no problem with playing Kyler this week either. He should have a nice day, even with Christian Kirk out of the lineup. Stack him with David Johnson — no one’s allowed more receiving yards to running backs this season than Cincinnati.

This is a “brand” game — you see the Saints and Bucs playing in the Superdome and a total that’s below 50 and the only thought can be to the over. But these teams are actually really good on DEFENSE. Todd Bowles has totally turned around the Tampa defense. They’re bringing the heat on quarterbacks this year, led by Shaq Barrett’s emergence as a DPOY candidate. Bowles is doing a lot of things to trick quarterbacks (he brought a filthy zone blitz on a third and short against Jared Goff last week that resulted in a Lavonte David interception) and Sean Payton will be cognizant of that. He won’t let Teddy Bridgewater get in spots where he can hurt the team. It’s Checkdown Charlie time once again. Jameis Winston lobbed up 55 points against the Rams, but I’m not sure the Rams are a good defense. In fact, I’m pretty sure they’re not good. The Saints are legit though, and Cameron Jordan/Sheldon Rankins can get to Jameis here. The corners can hold up in coverage — Tampa won’t be running it up and down the field in a second straight road game. This is a sneaky grinder.

Five-team monster! We all like three of the picks you see above as consensus plays. And we also like the 49ers laying the points on Monday night. If you don’t want to wait until Monday to cash that puppy and/or you’re dealing with the Bills being off the board, just parlay the three over/unders in this spot. I like all three a lot, obviously. You can see more parlays and teasers from me and Pick Six Podcast guest R.J. White right here.