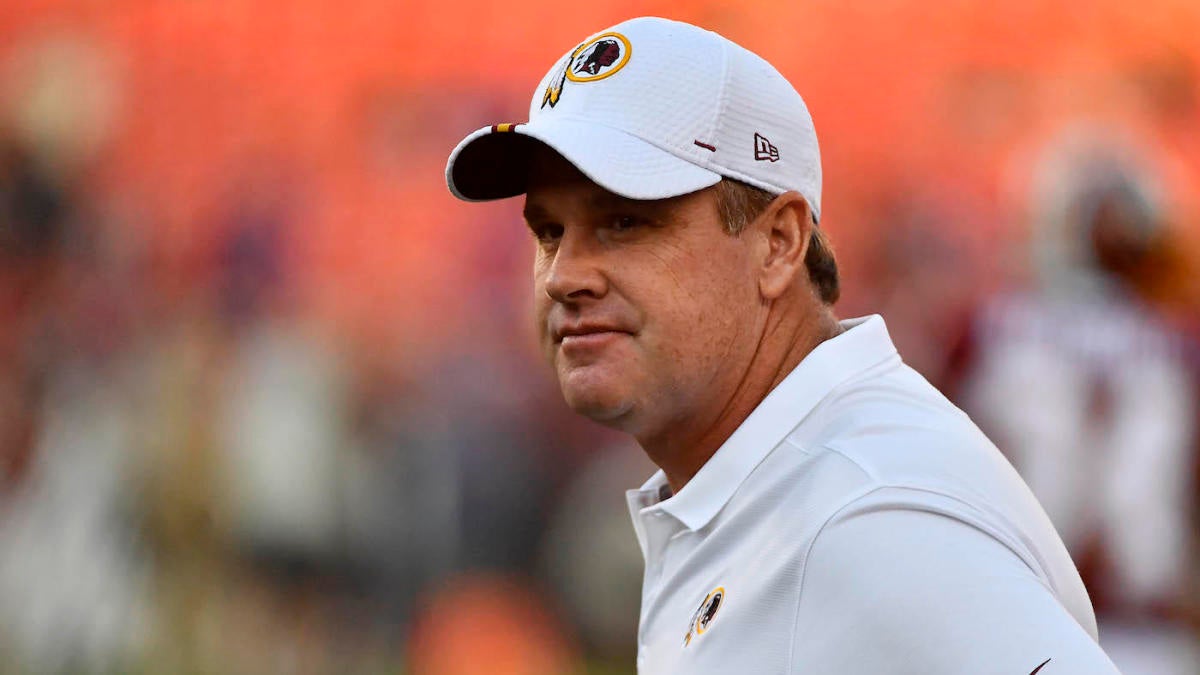 The Washington Redskins appeared to be in the driver’s seat of the NFC East halfway through the 2018 season. Despite several injuries, they were 5-2 heading into Week 9. There, even more injuries were awaiting them.The Redskins lost starting left guard Shawn Lauvao and wide receiver Paul Richardson for the season in Week 9, offensive tackle Geron Christian in Week 10 and then finally starting quarterback Alex Smith in Week 11. Washington lost five out of its last six games, which ended the Redskins’ chance for a spot in the postseason.

Last year marked the third season in a row the Redskins finished in third place in the division, and the second straight year they finished with a 7-9 record. There’s no doubt that injuries have stunted the Redskins’ growth year after year, but head coach Jay Gruden can no longer point to the playoff berth he earned in his second season as evidence that this team is moving in the right direction, which is why he found himself on the hot seat entering 2019.

That proverbial hot seat has only seen an increase in temperature, as the Redskins have lost each of their first four games.

Earlier this week, ESPN’s Stephen A. Smith reported that Gruden would likely be fired soon if the Redskins have another disappointing outing against the undefeated New England Patriots on Sunday.

“Jay Gruden has quit on the Washington Redskins. Everybody in the building knows it,” Smith said. “They expect him to be fired. He expects to be fired. It’s a foregone conclusion as to whether that’s going to happen: he is gone. The question is going to be, when?”

On Friday, Gruden was asked about that report, and he appeared to be offended by the notion that he had given up on this team.

“I heard about that one. That one is far from the truth. Those are fighting words for me,” Gruden said, per ESPN’s John Keim. “That’s one thing I will never do or have done in my life. I work extremely hard, getting up early as hell and working late and doing the best I can to get ourselves a victory this week. I have a lot of respect for everyone in this locker room and the last thing I would do to these players is quit on them because I know they’re not going to quit on me.”

Gruden understands that his job is in jeopardy, but says that he hasn’t had any talks with the Redskins’ brass about it yet.

“I haven’t heard anything yet,” Gruden said. “I’m sure the time could come if we don’t start winning here soon. I go about my business and as long as my key works, I come in here and work as hard as I can to get a win. It’s the way it is. It’s what you sign up for. … You have to be a very mentally tough individual in pro football.”

The Redskins will be changing quarterbacks this week, but it won’t be for rookie Dwayne Haskins. Gruden is giving the job to Colt McCoy, who has been out since undergoing another surgery on his broken fibula, which he suffered late last season.

Gruden told reporters on Friday that it was always McCoy’s job to lose, but he was unable to compete with Case Keenum and Haskins due to his recovery. You could view this move as one made in desperation, but McCoy is the only quarterback on the roster who has spent more than just a few months in this offensive system.

This Sunday’s game is an important one. While a win against the Patriots may seem unlikely, fans, as well as the Redskins’ front office, want to see visible evidence that this team has what it takes to turn this season around. If not, it could be Gruden’s last game as Washington’s head coach.