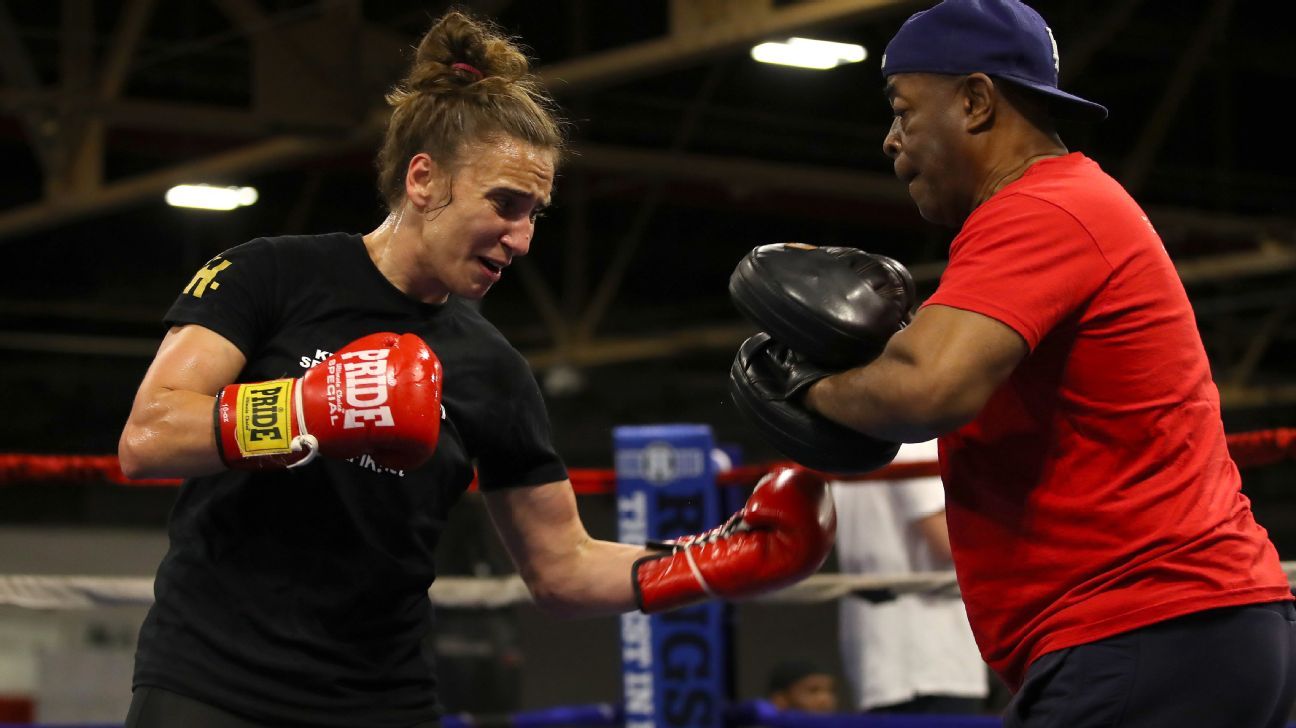 The junior middleweight title fight between Ivana Habazin and Claressa Shields on Saturday has been called off after James Basher Ali, the veteran trainer for Habazin, was struck by an unidentified person and knocked unconscious at a weigh-in Friday.

The assailant fled the scene, which took place at the Dort Federal Event Center in Flint, Michigan.

The fight between Habazin (20-3-0, 7 KOs) and Shields (9-0-0, 2 KOs) was supposed to take place Saturday night. It was one of three fights on the eight-fight card that were to be broadcast on Showtime (9 p.m. ET Saturday), which instead said it would televise just two.

The rest of the event will proceed as scheduled.

Video from Friday’s weigh-in showed Ali earlier involved in a verbal confrontation with an unidentified person during the weigh-in. It is unknown if the person involved is the same person who later attacked Ali.

Ali was knocked unconscious for approximately 20 minutes, witnesses told ESPN, before being taken out on a stretcher and brought to McLaren Medical Center. He was bleeding from his head after hitting the concrete floor.

Habazin went to the hospital with Ali, who for years worked at the famed Kronk Gym in Detroit and was in the camp of longtime heavyweight champion Wladimir Klitschko.

Neither Shields nor Habazin took part in the weigh-in when it resumed Friday. Fighters on the undercard attended the delayed weigh-in, which was open to the public.

Dmitry Salita, who promotes Shields, and Mark Taffet, Shields’ manager, went to the hospital to see Ali and Habazin.

The fights that will be broadcast by Showtime on Saturday night include a welterweight bout between Philadelphia’s Jaron Ennis and Argentina’s Demian Daniel Fernandez, and Jermaine Franklin taking on Pavel Sour in a heavyweight bout.

ESPN’s Steve Kim and The Associated Press contributed to this report.