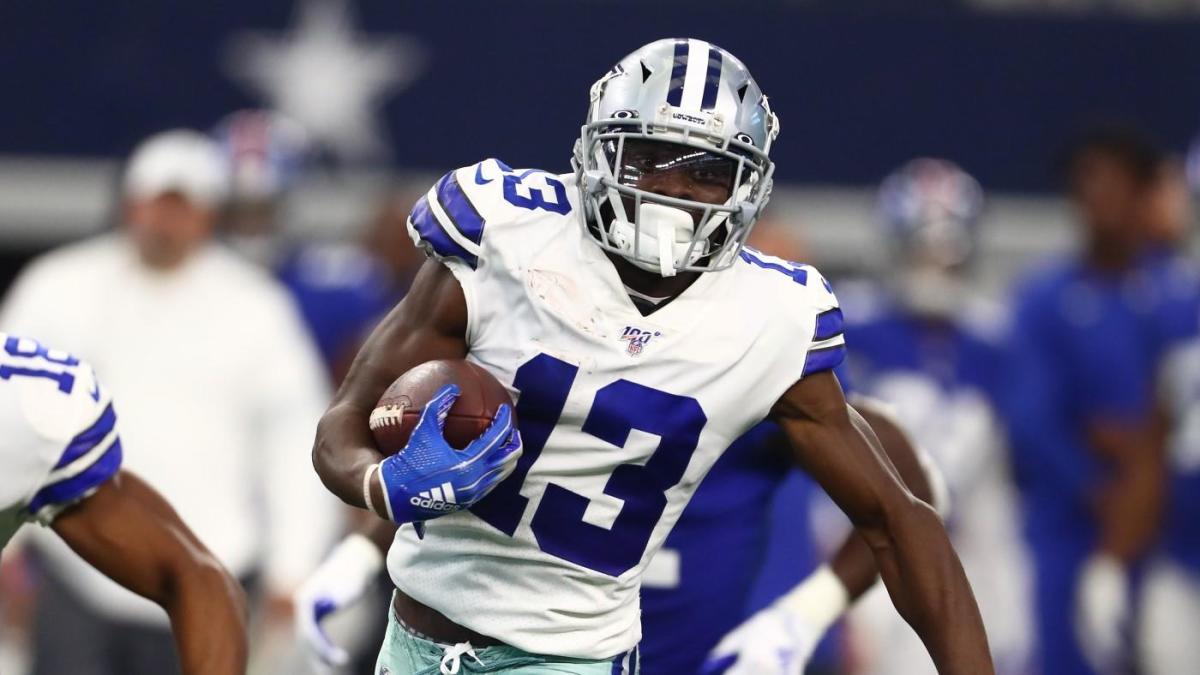 As it stands, Michael Gallup is cleared to get back to the business of dominating on the football field. The second-year wide receiver missed the last two games with a slightly torn meniscus that required arthroscopic surgery to repair, setting his timeline for return to the Dallas Cowboys of somewhere between 2-4 weeks.

He’s now right in the middle of the timeframe and returned to practice on Wednesday in a limited capacity, but suffered no setbacks and went on to participate again on Thursday and to close out the week on Friday. Gallup insists he feels as good as he did before suffering the injury in the waning moments of the 31-21 win over the Washington Redskins in Week 2, and that’s great news for a Cowboys team that saw him average 113 receiving yards per game before being sidelined.

Gallup has established himself as the dynamic deep threat opposite three-time Pro Bowl wideout Amari Cooper, and his absence was felt when the New Orleans Saints defense stymied Dak Prescott and the usually high-powered receiving corps in Week 4. Given his progress this week, it’s expected Gallup will play against the visiting Green Bay Packers, his speedy recovery coming in time to help the Cowboys avoid a two-game slide.

Unfortunately for the Packers, wide receiver Davante Adams will sit after having now been officially ruled out with turf toe, and that’s a hefty blow to an offense that can’t run the ball and hasn’t shown an ability to stretch the field outside of what Adams has done this season. Without the team leader in receiving yards, someone else will have to step up big and help Aaron Rodgers.

That won’t be an easy task against Byron Jones and Co.

The return of Gallup will undoubtedly make it more difficult for the Packers to defend the pass, particularly with Kevin King nursing a groin injury this week. A less-than-100 percent King has not participated in a single practice this week and is listed as doubtful. If he can go, which is a long shot at the moment, he will join team-best corner Jaire Alexander in working to contain both Cooper — who himself practiced fully and is feeling much better following a sore ankle he battled through last week — and Gallup on the opposite side of the field.

Both Cooper and Gallup have the ability to take the top off the defense, but in different ways. Whereas Cooper is the route ace who can consistently create space to catch and run, Gallup is the violent and physical receiver that attacks the ball and muscles through defensive backs that are usually draped over him like grandmother’s curtains.

The Packers are third-best in the league in defending the pass, and not having Gallup would’ve made it easier for Green Bay to really key in on Cooper and Randall Cobb. They won’t be able to now, though, because the former third-round pick is back and starving for targets; and it’s expected Moore and Prescott will make sure he leaves Week 5 with some good eats.

Additionally, the Cowboys will see the return of defensive lineman Tyrone Crawford, who’s missed the last two games as well, but with a hip injury. Crawford’s presence on the interior and his ability to pop out to the edge will be key in helping to take down Rodgers, giving them a strong pass rusher behind Robert Quinn on the right edge. The veteran had a sack in his first two games this season and 5.5 in 2018, and that was good enough for third-best on the team.

Crawford will be monitored carefully, though, because he’s not entirely out of the woods yet.

Speaking of woods, even more help could be on the way with Antwaun Woods possibly returning as well, after also missing — you guessed it — the last two games with injury. Woods suffered a knee injury against the Redskins and hasn’t played since, but returned to practice for the first time this week. He’s listed as questionable, and with their starting nose tackle potentially back in uniform, it’s all hands on deck against a dangerous Rodgers.

Despite a scare regarding the back of La’El Collins — who returned to practice on Friday and will play against the Packers — the Cowboys are now exponentially more healthy in Week 5. They won’t have All-Pro left tackle Tyron Smith this week, but if they can capitalize on those who are returning, which especially includes Gallup, they’ll likely dodge a 3-2 start while simultaneously giving one to their hated rival from Wisconsin.

And just like that, miraculously, the sky will have stopped falling in North Texas.