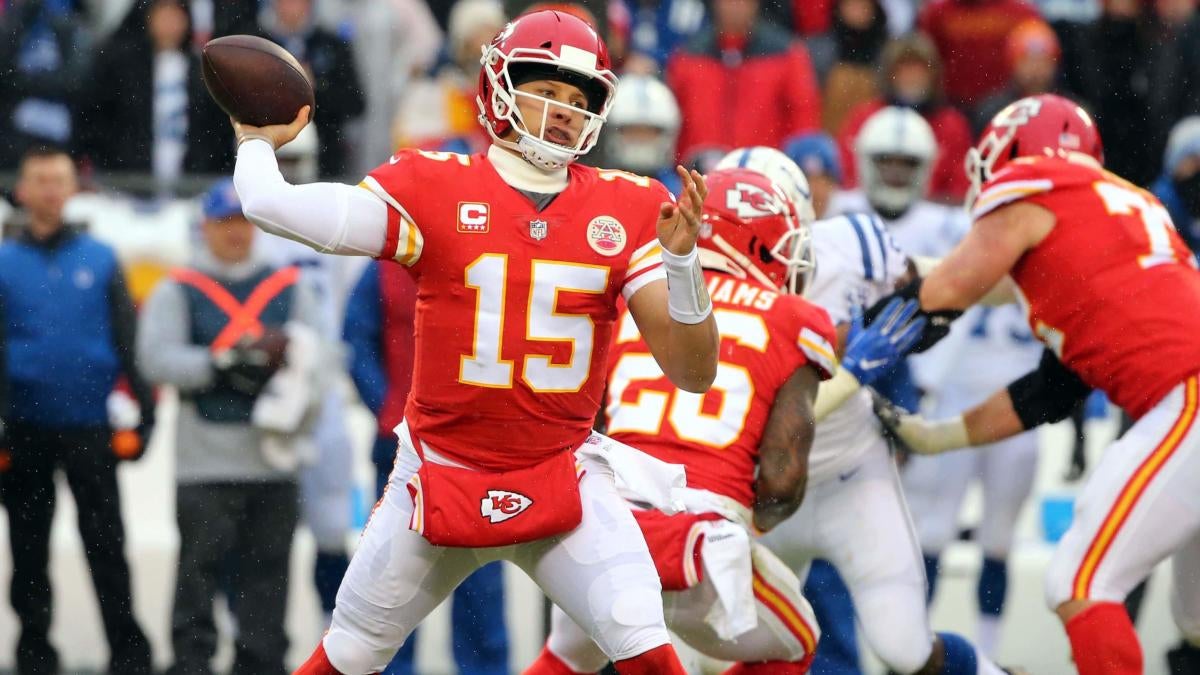 On Sunday night, we get to see a rematch of an AFC playoff matchup from last season. When the Kansas City Chiefs and Indianapolis Colts take the field for the Week 5 edition of “Sunday Night Football” a lot of things will be the same as they were the last time they squared off.

The Chiefs still have Patrick Mahomes and Andy Reid and Travis Kelce and Tyreek Hill (returning from injury this week) and Sammy Watkins. The Colts still have a strong offensive line and Frank Reich and Darius Leonard and an underrated defense coordinated by Matt Eberflus.

Of course, much has changed about these two teams. Andrew Luck shockingly retired during training camp, so Jacoby Brissett is now the Colts’ starter. Longtime Chiefs stalwart Justin Houston is now with the Colts. Kansas City added LeSean McCoy to its backfield stable. Indianapolis brought in Parris Campbell to add speed on offense and Rock Ya-Sin to solidify the perimeter on defense.

There have been more changes, of course, and we’ll get to see how they affect this matchup on Sunday night. Let’s break things down.

This Chiefs offense is so good that even when they essentially get shut down, that still involves Patrick Mahomes throwing for 315 yards without a turnover, and the team hanging 34 points on a team that had just given up 34 combined points to the Chargers and Eagles in its previous two games. Oh, and they were able to do that despite being without the services of starting running back Damien Williams, No. 1 wide receiver Tyreek Hill, and left tackle Eric Fisher. They’re completely ridiculous.

Naturally, everything that happens here stems from Mahomes’ brilliance. Through four games, Mahomes has completed 68 percent of his passes at a league-best average of 9.7 yards per attempt. He’s thrown for 10 touchdowns and has not been intercepted — all while averaging 377.5 yards per game. Oh, and the Kansas City offensive line has kept him incredibly well-protected, as Mahomes’ league-low sack rate stands at just 1.9 percent. He has spread the ball around between his primary targets with Hill and Damien Williams on the sideline, completing at least eight passes to each of Mecole Hardman (8-167-2), Darrel Williams (8-90-0), LeSean McCoy (9-71-1), Demarcus Robinson (14-250-3), Sammy Watkins (23-365-3), and Travis Kelce (24-369-1).

Given their practice participation throughout the week, it looks like the Chiefs will be getting both Hill and Damien Williams back on Sunday night, which should only make them even more dangerous. The Indianapolis defense has not been of the same quality this season as it was last year, though at least part of that is due to injuries. Darius Leonard has missed each of the past two games, while Malik Hooker was out last week. Still, the Colts have regressed and thus far rank 31st in defensive efficiency, per Football Outsiders’ DVOA, and they are in the bottom third of the league against both the run (32nd) and the pass (24th).

It’s safe to say that with Hill, Watkins, and Kelce challenging them all over the field, and Hardman and Robinson stretching them vertically, the defensive backfield of Pierre Desir, Kenny Moore, Rock Ya-Sin, Clayton Geathers, and George Odum has their work cut out for them. Desir has played almost exclusively at left cornerback this year, while Moore has operated largely in the slot. Because the Chiefs move their receivers all over the formation, it’s unlikely we’ll see any shadow coverage here; each of the corners will match up with each of the receivers plenty of times.

The Colts play more zone coverage on the back end than almost any team in the NFL, but it’ll be interesting to see whether they choose to go with more man-to-man schemes in this game. No quarterback in the NFL was more effective against zone coverage last season than Mahomes, per Sports Info Solutions. Given the speed and athleticism of his targets, his ridiculous athleticism and arm strength, and the fact that he has Andy Reid scheming guys open, that fact is not all that surprising.

The Chiefs can flood zones with multiple dangerous targets pretty much whenever they want, and they can remove the top of the defense by having any of Hill, Watkins, Kelce, Robinson, Hardman, or even one of the running backs streak down the field, allowing another receiver to drop in behind them for an easy completion. There are no good options against this passing game.

The best way to beat them may be to just hope they run the ball a bit too often and thus take the ball out of Mahomes’ hands, but Reid has called for a pass play 69 percent of the time in neutral situations during the first three quarters of games this season (most in the NFL), per Sharp Football Stats, and the Kansas City run game has actually been the second-most effective in the entire league (57 percent success rate) on the rare occasions when he has called for a hand-off.

Again, there are no good options when it comes to stopping this team.

When the Colts have the ball

Given the wild unlikelihood that the Colts will actually be able to stop this Kansas City offense, that necessarily means Jacoby Brissett and company will have to try matching them shot for shot. Brissett is playing well this season (90 of 138 for 911 yards, 10 touchdowns, two interceptions), but his strength is not in airing it out all over the field for explosive plays.

It will be made more difficult for the Colts to keep pace if Marlon Mack is unable to suit up. Mack is the best pure runner the Colts have on the roster, and his presence on the field is less of a tip-off when it comes to run and pass than that of Jordan Wilkins and/or Nyheim Hines, who will combine to replace him if he has to sit out. Mack has yet to practice this week, so even if he is able to get on the field, it’s unlikely he’ll be at peak effectiveness.

So, it’s likely up to Brissett to keep pace with Mahomes. Considering the Colts were unable to stage a comeback against the Raiders last week after falling behind early in the game, we don’t feel all that good about their chances to do the same against this Chiefs squad. Brissett could also once again be working without his top passing-game target in T.Y. Hilton, who sat out last week’s game with a quad injury. Hilton got in a limited practice on Thursday, but Reich has hinted that the Colts’ Week 6 bye may factor into the team’s decision whether or not to play him. Giving him three full weeks to recover may be more beneficial to the team than running him out there in what may prove to be a futile attempt to keep pace with the league’s best offense.

If Hilton’s out, then the only receivers the Colts have are Zach Pascal, Chester Rogers, Deon Cain, and rookie Parris Campbell. The most reliable targets he’s got are tight ends Eric Ebron and Jack Doyle, but Ebron is coming off a performance where his case of the dropsies resurfaces (three drops vs. the Raiders last week) and Doyle is almost exclusively a check-down option in this version of the offense. And while the Colts may be missing two important pieces of their offense, the Chiefs are getting Morris Claiborne back this week, which should help them on the back end of the defense.

Indianapolis’ best chance of being able to pick apart this Kansas City defense is for the protection to hold up well in front of Brissett, giving him enough time to survey the field and find the open receiver. Brissett has been sacked only six times so far this season, and under pressure on only 27.3 percent of his dropbacks. That is incredible protection, in line with the type the Colts gave Andrew Luck last season. Dealing with Chris Jones, Emmanuel Ogbah (playing very well right now), and Frank Clark up front should make things difficult, but if the pass-blocking can hold up, then Brissett should be able to find some degree of success. The issue there is that “some degree of success” is usually not enough to keep pace with a Mahomes-led offense.