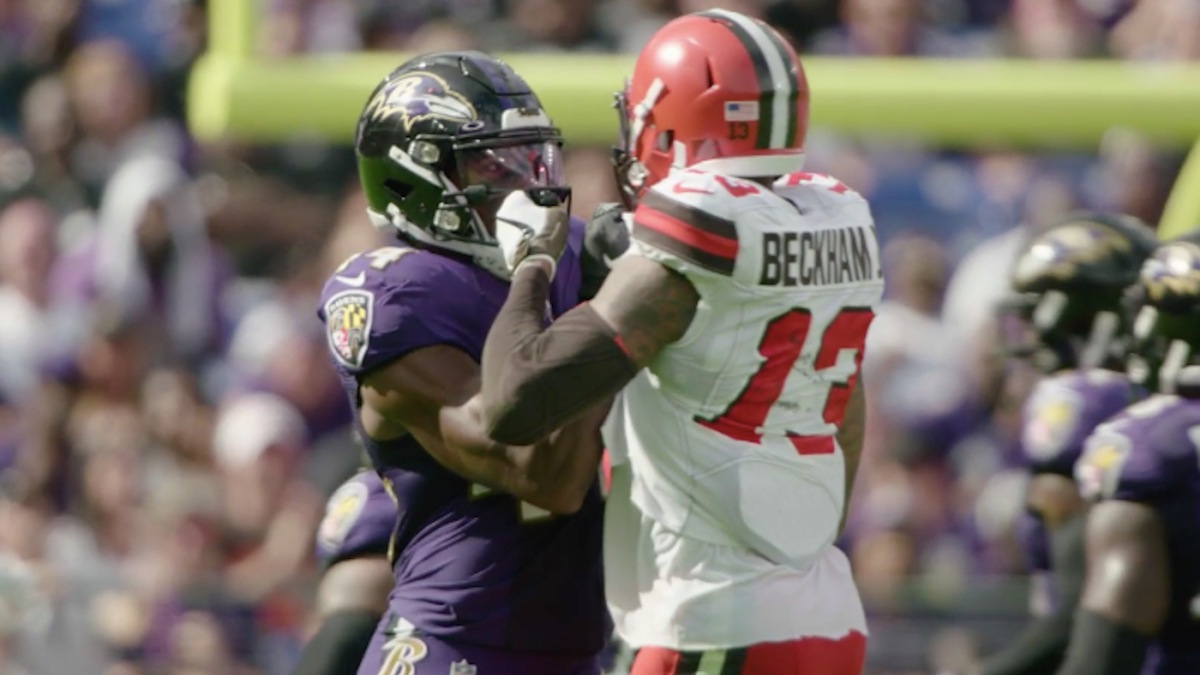 The Cleveland Browns have been trying to get Odell Beckham the ball early in games to get the All-Pro wide receiver into a rhythm, and as a way for him to avoid frustration over a possible lack of targets as the game goes on. Browns head coach Freddie Kitchens won’t hide why Beckham gets upset during games, which is about more than not getting the football.

“Here is what I think is difficult: for Odell not to be able to run a route without getting grabbed. I think that is what frustrates him,” Kitchens said, via cleveland.com. “We are working on him just staying to course, and he does a good job of staying of course. I will just say that.”

Beckham was involved in a scuffle with Baltimore Ravens cornerback Marlon Humphrey last week, but Kitchens didn’t elaborate if Humphey holding him played a role in his frustration. Beckham was held to two catches for 20 yards while being targeted seven times.

Kitchens said Beckham can handle himself, even if he believes the receiver is at a disadvantage.

“Odell is a physical guy, too,” Kitchens said. “I am not scared of a corner being physical with Odell. That is not what I am scared of. I do not want people grabbing him down the field, though.”

Beckham has just 21 catches for 308 yards and a touchdown in four games, averaging 14.7 yards per catch. He leads the team in catches but is second in yards (Jarvis Landry, 328). The Browns have plenty of pass catchers, which is another reason they don’t have to force Beckham the ball.

“If people play zone, you try to find windows. That is just kind of the passing game right there in a nutshell, a simplistic version of it. Of course, it has everything to do with it, but those guys have to do a good job. It does no good if you do that and those guys can’t go and win and be successful. Then they have accomplished exactly what they wanted to accomplish. It is just kind of basic math.”