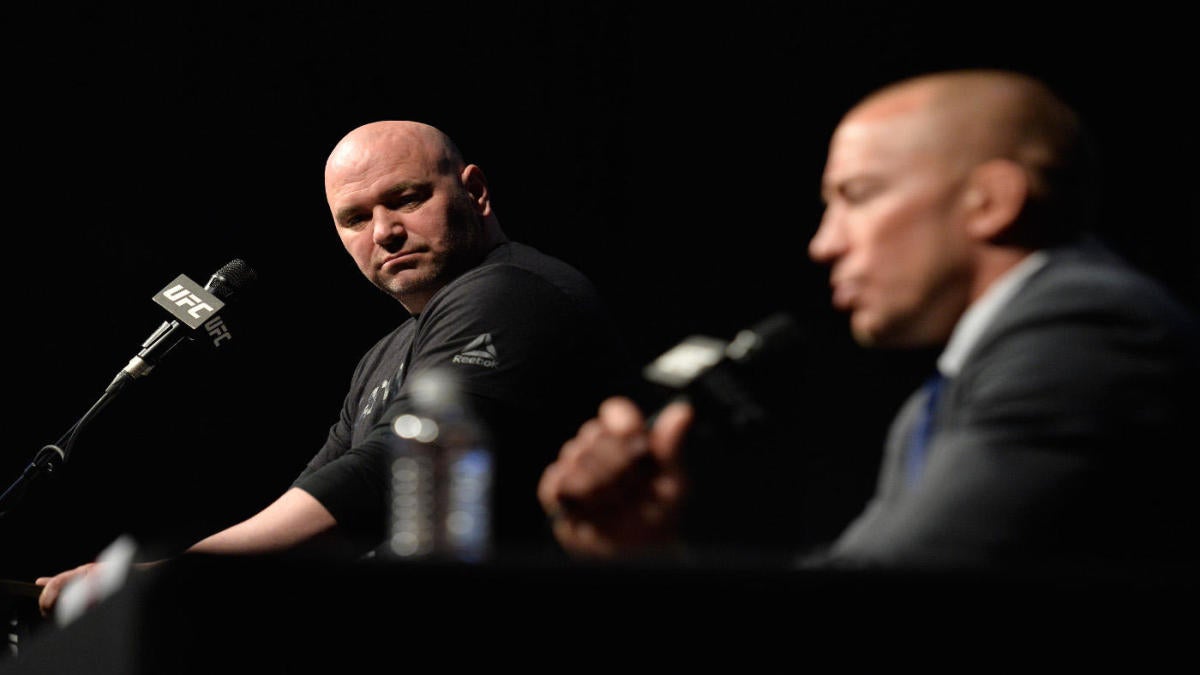 Former UFC welterweight and middleweight champ Georges St. Pierre has teased the idea the only fight that could bring him out of retirement is a showdown with lightweight champ Khabib Nurmagomedov. UFC president Dana White had been cold on the idea until speaking during a recent Instagram Q&A.

White is now viewing the potential fight as “fun” but said Nurmagomedov first has to get through his planned bout with top contender Tony Ferguson.

“The Tony fight has to happen first,” White said. “Obviously, if Khabib wins that fight, the GSP fight would be a fun fight to make, for sure.”

St. Pierre recently completed a 75 hour “water fast” and posted a photo of himself sitting down for a sushi dinner. In the comments, Nurmagomedov replied “155?”

“Right now I think the ship has sailed on 155,” Zahabi told MMA Junkie. “I don’t think Georges will ever do 155. I think there was a time and place and window where Georges would make that sacrifice to do a mega-fight. But I think that window’s passed, personally.”

Also potentially standing in the way of St. Pierre vs. Nurmagomedov is Justin Gaethje, who has made a strong case for a championship opportunity of his own. But a big business fight between the undefeated lightweight king and a former two-division champ and all-time great could certainly allow “GSP” to jump the line.