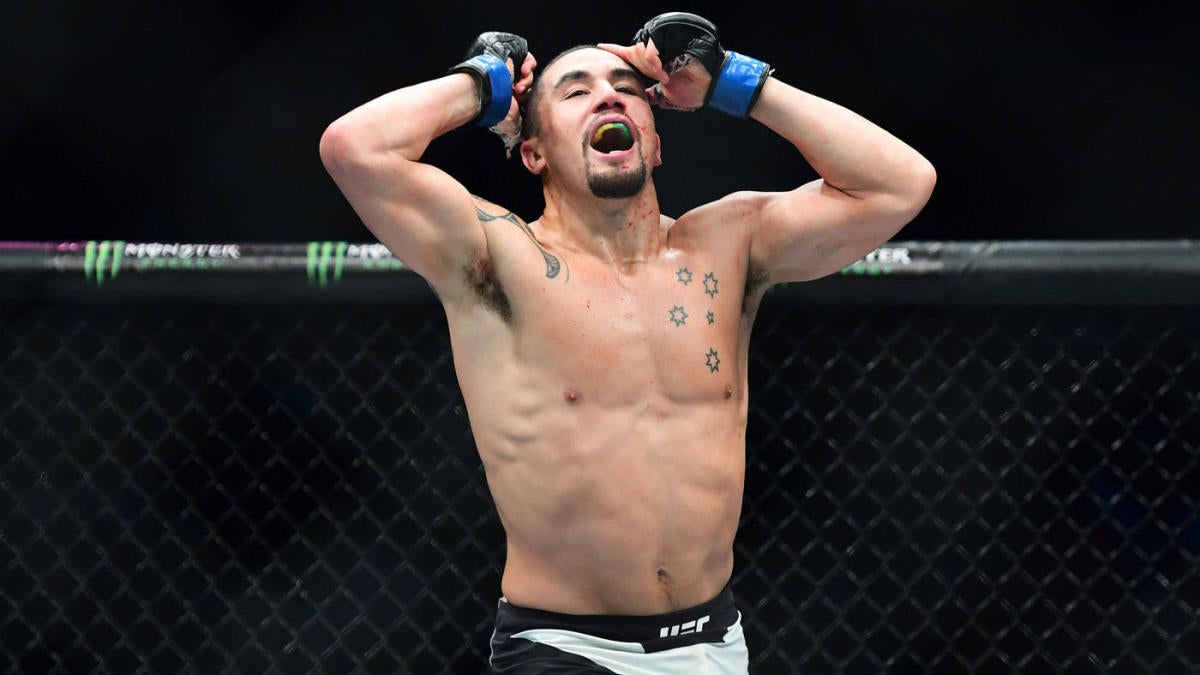 UFC returns to Australia this Saturday for a card topped by a bout to determine the true king at 185 pounds. Middleweight champ Robert Whittaker will face off with interim champ Israel Adesanya in the main event of the pay-per-view event, which takes place at Marvel Stadium in Melbourne, Australia.

The card isn’t as deep as the UFC’s next two pay-per-view efforts, but does feature some potential high-action fights with a considerable chance for a lot of stoppages. Let’s take a look at each fight on the card, starting with the first bout on the early prelims.

Khalid Taha -250 vs. Bruno Silva +200, bantamweights: Taha (13-2) enters the fight as a favorite after picking up his first Octagon victory in April at UFC 236. It took him just 25 seconds to stop Boston Salmon with strikes. The win got things trending in the right direction for Taha after he’d lost his UFC debut to Nad Narimani by decision in July 2018. Silva (10-3-2) will look to avoid similar stumbles in his own first trip to the Octagon. Silva is riding a two-fight winning streak and has six stoppages in his 10 career wins.

Ji Yeon Kim -180 vs. Nadia Kassem +150, women’s flyweights: Kassem (5-1) suffered her first career loss in her most recent fight, an armbar submission loss to Montana De La Rosa in February. Four of her five career wins are by impressive knockouts. Kim (8-2-2) also dropped her most recent fight, a decision against Antonina Shevchenko in a fight where Kim missed weight by more than four pounds. Prior to the loss, she had won two straight UFC bouts.

Megan Anderson -500 vs. Zarah Fairn Dos Santos +350, women’s featherweights: Former Invicta FC featherweight champ Anderson (9-4) hasn’t had an easy time of it in UFC. She has lost to Holly Holm and Felicia Spencer with a win over Cat Zingano sandwiched in the middle. Fairn Dos Santos (6-2) is a big underdog in this bout, which kicks off the ESPN 2 prelims. She punched her ticket to the UFC with a three-fight winning streak. Four of the Frenchwoman’s six career victories have come via knockout.

Brad Riddell -160 vs. Jamie Mullarkey +130, lightweights: Riddell (5-1) and Mullarkey (8-2) clash in a battle of New Zealand and Australia that may get the stadium rocking. Mullarkey hasn’t lost since 2016, a year when he lost back-to-back fights on the regional scene. Those losses came to Luke Catubig and Alexander Volkanovski — both UFC vets. New Zealander Riddell has fewer fights but has looked impressive in picking up three regional victories in 2019.

Maki Pitolo -270 vs. Callan Potter +220, welterweights: Potter (17-8) lost in his UFC debut in under a minute when Jalin Turner stopped him with a body kick and follow-up punches. He’ll look to show his skills in a more impressive way against Pitolo (11-4), a Bellator veteran who earned a shot at the UFC with a first round TKO win on Season 3 of Dana White’s Contender Series. Only three of his 15 career fights have gone to the judges’ scorecards.

Jake Matthews -270 vs. Rostem Akman +220, welterweights: Matthews (14-4) has had a solid Octagon career since joining the UFC as a 7-0 prospect. He’s gone 7-4 in his time in the promotion but had a three-fight winning streak snapped when he was submitted by Anthony Rocco Martin last December. Akman (6-1) was decisioned by Sergey Khandozhko in his June debut in the UFC. Before the loss, he’d been undefeated with five knockouts and one submission since turning pro in 2017. This fight serves as the final prelim fight before the pay-per-view kicks off.

Justin Tafa -125 vs. Yorgan De Castro -105, heavyweights: Tafa (3-0) and De Castro (5-0) will slug it out to start the pay-per-view. The two men have combined for seven knockout wins in their eight combined fights. A first round knockout on Season 3 of Dana White’s Contender Series brought De Castro to the big show while Tafa’s three knockouts have him set to put on a show in front of his hometown Australian fans. He’ll need to avoid the heavy leg kicks of De Castro to land his own powerful punches.

Dhiego Lima -160 vs. Luke Jumeau +130, welterweights: Jumeau (13-4) has gone 2-1 in the UFC, most recently decisioning Daichi Abe at UFC 221 in February 2018. He was forced out of a planned December 2018 bout due to injury and the New Zealander has since been out of action. Lima (14-7) is on his second UFC stint and has found more success this time around. He has won two straight, knocking out Chad Laprise and taking a split decision win over Court McGee in April.

Tai Tuivasa -400 vs. Sergey Spivak +320, heavyweights: The second heavyweight fight of the night sees heavy-handed Australian Tuivasa (8-2) look to get back to his winning ways. After three straight wins to start his UFC career, Tuivasa has dropped fights to Junior dos Santos and Blagoy Ivanov. Spivak (9-1) was knocked out by Walt Harris in lass than a minute in his UFC debut in May. Prior to the loss, he’d stopped every man he’d fought as a professional. Fireworks are almost guaranteed in this one, though such guarantees have been a bit of a curse in the past.

Dan Hooker -165 vs. Al Iaquinta +135, lightweights: Hooker (18-8) is coming off an impressive knockout win over James Vick in July. He’s 5-1 since 2017 and on the fringe of the CBS Sports divisional rankings with his impressive run of stoppages in his wins. While Iaquinta (14-5-1) is the higher ranked fighter, No. 5 in the CBS Sports rankings, he is entering the fight as a slight underdog. Iaquinta is 1-2 since 2018, but the losses were in a fight against Khabib Nurmagomedov for the vacant lightweight championship and perennial contender Donald Cerrone. A win for either man starts to put their name on the edge of title contention — though big names and a deep division may keep them from a title fight any time soon.

Israel Adesanya -125 vs. Robert Whittaker (c) -105, middleweight title fight: Interim champ Adesanya (17-0) will be fighting for the seventh time since 2018. On the flip side, champ Whittaker (20-4) has only fought once in that timeframe. The question is, will Whittaker be rusty or has he stayed sharp while being on the sidelines for much of the past few years. Adesanya is a skilled kickboxer who showed toughness and a willingness to go through the fire in winning the interim title with a decision over Kelvin Gastelum. Whittaker has become a talented amateur wrestler seemingly out of nowhere, going so far as to qualify for the Commonwealth Games, though he was not able to compete due to his UFC commitments. Where the fight takes place may be the single most important factor in this fight.