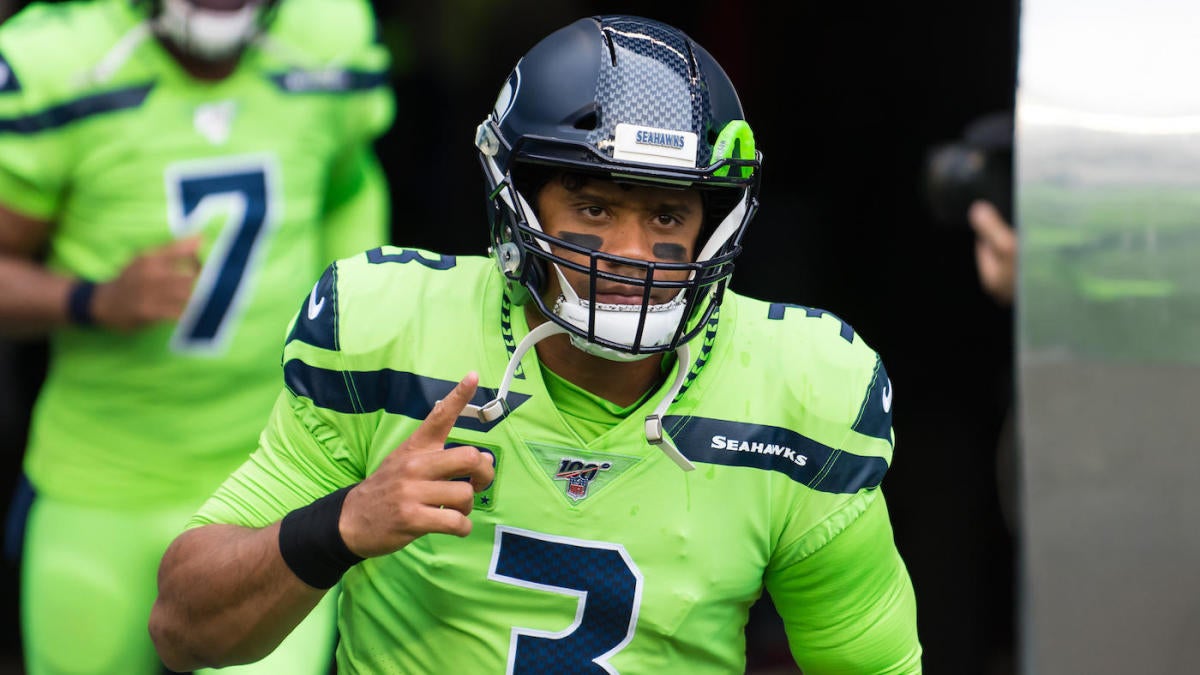 The Seattle Seahawks‘ franchise celebrated a special night on Thursday. Not just because the Seahawks defeated the divisional rival Los Angeles Rams, 30-29, in a heated primetime matchup on “Thursday Night Football” but also because late owner Paul Allen was inducted into the prestigious Ring of Honor. The man who saved football in Seattle was in many ways responsible for bringing quarterback Russell Wilson to the Northwest — the six-time Pro Bowler who had a huge hand in bringing the Lombardi Trophy to Seattle for the first time in franchise history back in 2014.

Wilson was outstanding against the Rams on Thursday night, completing 17 of 23 passes for 268 yards and four touchdowns. After the game, he appeared to be emotional as he walked up to FOX’s Kristina Pink to deliver his postgame interview.

“Tonight was about Paul Allen,” Wilson said. “What he meant to this world and what he meant to me personally. He gave me a chance to play here and I’m grateful to him for that. I think he blew a little wind on that last field goal for us.”

Allen, who owned both the Seahawks and the NBA‘s Portland Trail Blazers, passed away last October from complications with non-Hodgkin’s lymphoma. Allen had been diagnosed with this form of cancer in both 1982 and 2009, but successfully battled it both times.

Allen became a household name as the co-founder of Microsoft, but he was also a familiar face to sports fans around the country. The billionaire has owned the Trail Blazers since 1988 and the Seahawks since 1997. Under Allen’s ownership, the Seahawks became a perennial power in the NFL, making the playoffs in 12 of the 21 full seasons that he owned the team.

With an estimated net worth of $20 billion at the time of his death, Allen was the richest owner in the NFL. Of course, Allen spent a lot that money on philanthropic causes. According to the Seahawks website, he pledged $30 million in 2017 to help the homeless crisis in Seattle. Overall, Allen is estimated to have donated more than $2 billion to philanthropic causes.