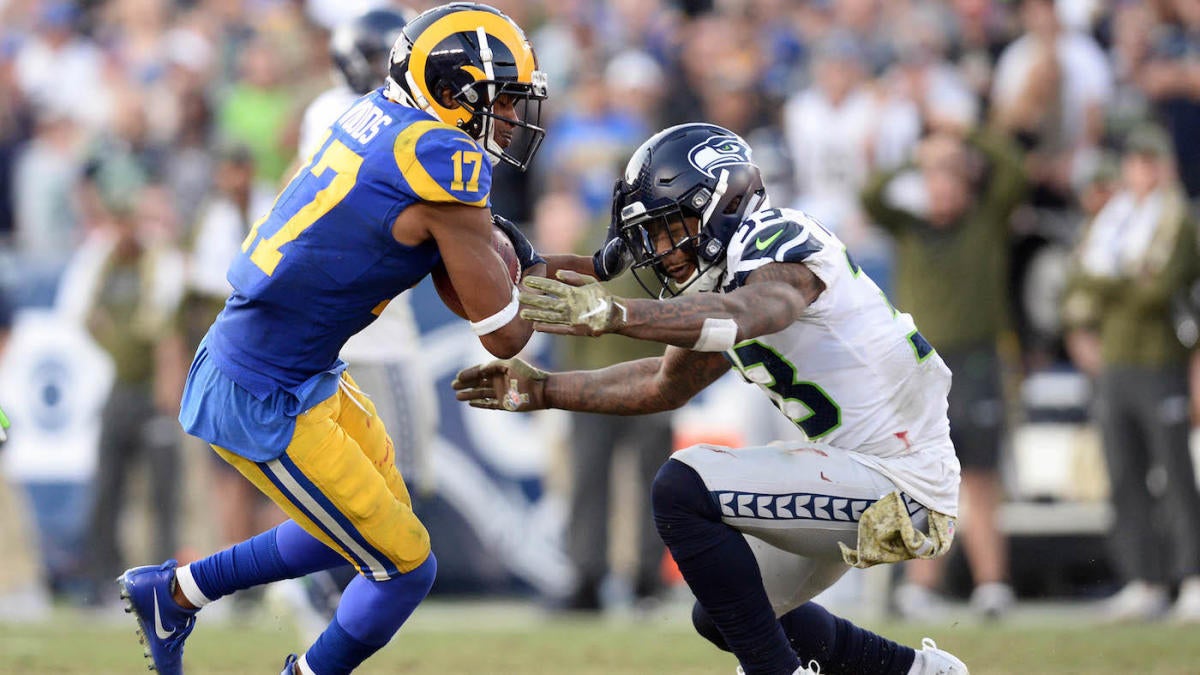 Russell Wilson is making his MVP case on Thursday night. In a matchup between two 3-1 teams jockeying for position in the ultra-competitive NFC West, the Seattle Seahawks quarterback has been the best player on the field and he’s the reason why the Seahawks entered halftime with a slim lead over the Los Angeles Rams. In the first half alone, Wilson misfired on only three passes and threw for 190 yards and two touchdowns — one of which might just be the best damn throw of the season so far.

But the Rams, after looking dreadful offensively in the early going, came alive late in the half, mounting a crucial touchdown drive just before halftime to claw their way right back into the game. After a terrible start to the half, Jared Goff rebounded on the Rams’ final two series of the second quarter. His touchdown pass to Cooper Kupp was crucial.

Below, we’ll be bringing you updates and analysis. After the game, this post will turn into a takeaways style recap, so be sure to check back later.

Thursday night’s game between the Los Angeles Rams and Seattle Seahawks isn’t necessarily for first place in the NFC West due to the surprising ascent of the 49ers, who sit at 3-0 ahead of their Monday night date with the Browns, but it is the kind of game that will shape what’s already turned into a nail-biting race between three teams in one of the league’s strongest divisions. It’s the kind of game that can win or lose a division title.

It should be a close one. It’s remarkable how evenly matched the two teams are. Both the Rams and Seahawks sit at 3-1 after four weeks. The Seahawks are 11th in DVOA. The Rams are 12th. The Seahawks sport a plus-14 point differential. The Rams own a plus-13 point differential. Since Sean McVay arrived in Los Angeles, three of their four meetings have been decided by six points or fewer. The two teams have a history of playing close, competitive football games.

It’s also a game that features an MVP candidate in Russell Wilson, a perennial Defensive Player of the Year candidate in Aaron Donald, arguably the game’s best play-caller in Sean McVay, and one of the most successful coaches of the past decade in Pete Carroll. The game shouldn’t just be close, it should also feature high-quality football.