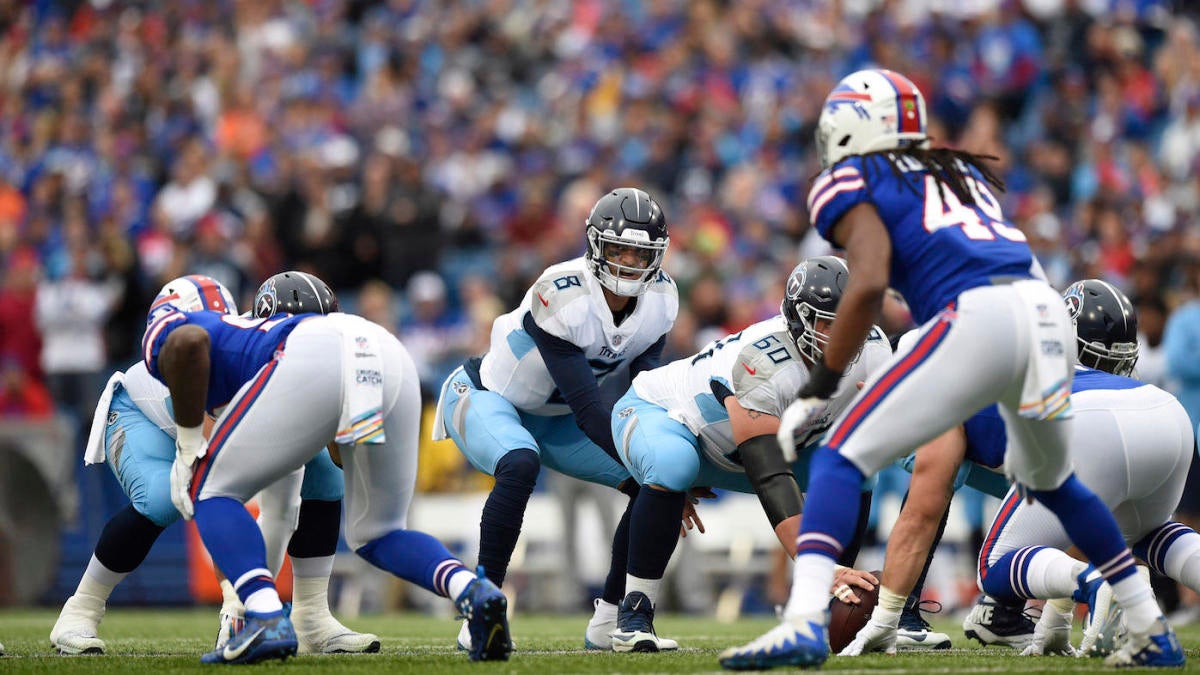 Whenever the Buffalo Bills travel to Nashville, it’s hard not to think about the Music City Miracle. These two teams still have a long way to go before they get back to the playoffs, however.

The Bills just lost their first game of the season last Sunday to the New England Patriots, but they may have lost more than just a divisional matchup. Quarterback Josh Allen went down with a concussion after taking a hard hit during a run, and his status for Sunday is up in the air. Matt Barkley will be the starting signal caller if he can’t go.

The Titans registered what could be a statement win last Sunday in Atlanta, but there are still several questions when it comes to this team. After a blowout win in the season opener against the Cleveland Browns, the Titans lost two straight divisional matchups to two backup quarterbacks. You never know what kind of Titans team is going to take the field on Sunday, which makes every game they play in seemingly unpredictable.

The Bills took down the Titans 13-12 in Buffalo last season in Week 5. Marcus Mariota and Allen combined for just 211 passing yards and two interceptions in a matchup dominated by field goals. This rematch could be another defensive matchup. We’ll get to our predictions shortly, but here’s how and when you can watch or stream the game:

It took four weeks, but Mariota finally threw a touchdown to a wide receiver — actually three touchdowns to be exact. Rookie phenom A.J. Brown accounted for two while Corey Davis caught the other. Mariota threw for just 129 yards the last time he faced the Bills, and he’s going to have to put up a better performance if the Titans want to move to 3-2. Brown only has 10 receptions on the season, but has 223 yards and two touchdowns. He had another big game last Sunday, turning three catches into 94 yards and two touchdowns. Good things seem to happen when he touches the ball. If the Titans struggle to move the chains against the Bills, Mariota should look to get the ball into the hands of his rookie playmaker.

For the Bills, it comes down to their defense. They held Tom Brady to 150 yards, zero touchdowns and an interception last week, and lost by just six points despite turning the ball over four times and playing with a backup quarterback. There’s a reason the Bills have a winning record, and it’s because they know how to keep competitive no matter if they are plagued by turnovers or an anemic offense.

SportsLine currently lists the Titans as a three-point favorite. It’s worth wondering what this spread would be if Allen had not suffered a concussion the previous week. Tennessee is returning home after a two-game road trip, and looking to record its first win in Nissan Stadium since last year. The win against the Falcons last week may have been enough to get the Titans back on track. That paired with Allen being less than 100% is enough for me to pick the Titans in this one.

Check out CBSSports.com for even more predictions, including from Pete Prisco and Will Brinson.