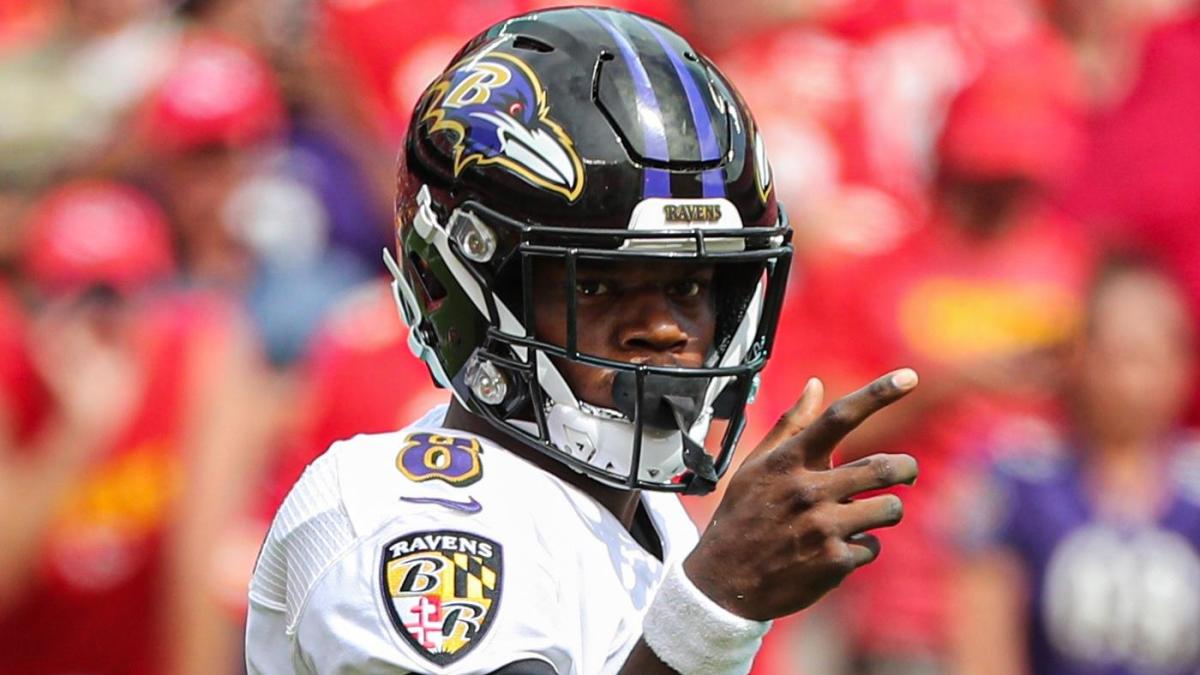 Lamar Jackson, during his weekly interview session, was reminded of a Baltimore Ravens saying that you’re not really a Raven until you beat the Steelers in Pittsburgh. Jackson, the Ravens’ second-year quarterback, smiled before reminding the reporter that, based on that saying, he already is a Raven.

“Well, actually, last year we did,” Jackson said while referencing back to Baltimore’s 26-14 road victory over Pittsburgh in Week 4 of the 2018 season. “(Joe) Flacco was the quarterback, but I was part of the team last year. I’ll say that I beat the Steelers last year.”

Jackson will look to beat the Steelers for the first time as a starting NFL quarterback this Sunday, as the 2-2 Ravens look put an end their two-game losing streak while getting their first AFC North victory of the season in the process. To do that, Jackson will have to beat a Pittsburgh team that is hungry to keep their newfound momentum rolling after the Steelers dismantled the Cincinnati Bengals on Monday night, 27-3. Pittsburgh’s defense was especially dominant. Led by linebackers T.J. Watt and defensive captain Cam Heyward, the Steelers’ defense recorded eight sacks while forcing two turnovers. Pittsburgh also held Cincinnati to 0-3 efficiency in the red zone.

“I thought they played really well up front,” Ravnes head coach John Harbaugh said of Pittsburgh’s recent defensive performance earlier this week. “They have great players up front. Four top level players and linebackers that can really run. They bring (Terrell) Edmunds down. Minkah (Fitzpatrick) can get down there. Corners aren’t afraid to tackle. Just Pittsburgh Steelers defense. They’re going to play run defense. They always have. That is part of their DNA.”

Jackson’s career as an NFL starting quarterback began following Baltimore’s loss to the visiting Steelers in Week 9 of the 2018 season. At 4-5, the Ravens decided to make a change, benching Flacco and jumpstarting a new era in Baltimore. Jackson immediately ignited a turnaround, as the Ravens went 6-1 down the stretch en route to an AFC North division title. The turnaround was temporarily stopped in the playoffs, as Jackson struggled to complete passes in Baltimore’s home loss to the Los Angeles Chargers in the Wild Card round.

While his passing statistics were nothing to brag about last season, Jackson’s ability as a quarterback is no longer a laughing matter. He enters Sunday’s game with a league-high 10 touchdown passes. Jackson is still a threat to run, as he is currently averaging a league-best 6.6 yards per carry.

The Steelers, in preparation for Sunday’s game, signed undrafted rookie quarterback Taryn Christion to the practice squad. While Christion will likely help the Steelers, Jackson is in a class of his own when it comes to how he uses his athleticism to his and his team’s benefit. While he may be more of a passer this season, Jackson’s mobility is still a weapon the Ravens will surely look to utilize against a Pittsburgh defense that could not stop Seahawks quarterback Russell Wilson’s scrambling near the end of Seattle’s Week 2 win over the Steelers.

Jackson, instead of being nervous, is embracing the fact that he will soon be adding his name to the Steelers — Ravens rivalry, one of the most intense rivalries in professional sports.

“I know it’s gonna be crazy,” he said. “Steelers Nation is gonna be pumped for the game. We’re gonna have our Flock Nation in the building. It’s gonna be a good rivalry game. I’m ready.”

Making Sunday’s game even more intriguing is the fact that Jackson’s contemporary on Sunday will be Mason Rudolph, who was drafted two rounds after Jackson was selected by Baltimore in the first round of the 2018 draft. Like Jackson, Rudolph is motivated to prove that he can be a quality NFL starting quarterback as he looks to get his first starting victory over Pittsburgh’s arch rival.

“Yeah. I’m very aware of the draft and how it went down,” Rudolph told Jim Wexell of 247Sports earlier this week. “But it’s time to play football now. That process is over. I’m excited about my opportunities, every single one moving forward. I know Lamar’s a good dude, but we’re both competitive and I’m looking forward to going out and putting my best foot forward.”