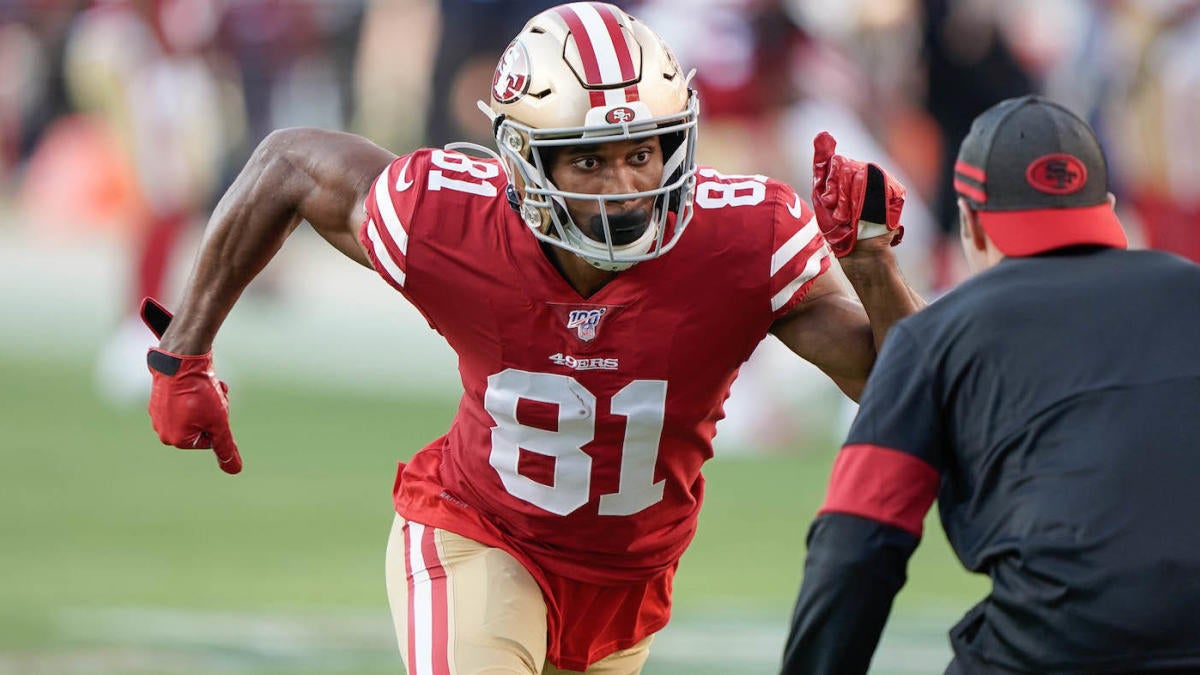 The 49ers are putting third round pick Jalen Hurd on the shelf. According to a report from Mike Garafolo of the NFL Network, San Francisco has placed their rookie receiver on injured reserve and re-signed fellow wideout Jordan Matthews.

Hurd hasn’t been able to make his regular season debut due to a back injury he suffered in training camp and now it’s taking an even bigger chunk out of his rookie year. Head coach Kyle Shanahan and the Niners were hopeful that Hurd could be ready following their Week 4 bye, but clearly the team is electing to give Hurd as much time as possible for that back to heal up.

Prior to his injury, the former Baylor product impressed over the summer and was poised to have a sizable role in the offense. It just never materialized.

As for Matthews, the veteran originally inked a deal with the 49ers back in March, but was released at the end of August during final roster cuts. The 2014 second round pick has bounced around a bit over the last few seasons making stops with the Bills, Patriots and the Eagles. During that second stint in Philly last season, Matthews played in 14 regular season games and totaled 20 catches for 300 yards and two touchdowns.

The 49ers, meanwhile, are the only team in the NFC that is still undefeated on the season at 3-0 and are coming out of their Week 4 bye to host the Cleveland Browns on “Monday Night Football.”