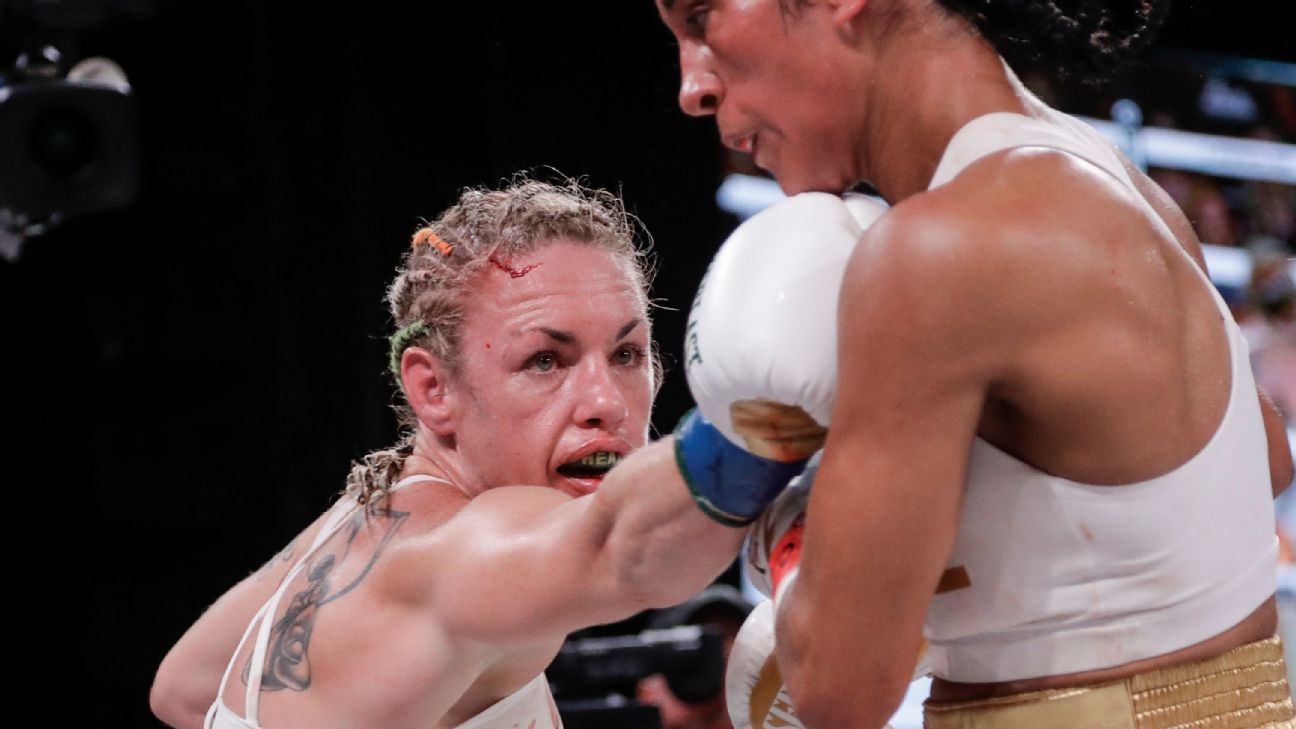 The WBC announced Thursday night that the Voluntary Anti-Doping Association reported to the sanctioning body that Hardy’s A sample from a random test conducted in her hometown of Brooklyn, New York, on Sept. 12 in connection with the WBC Clean Boxing Program came back positive for the banned diuretic. Furosemide is typically used to either assist in cutting weight or as a masking agent for other banned substances.

The next night, on Sept. 13 at the Hulu Theater at Madison Square Garden in New York, Hardy (22-1, 4 KOs), 37, lost a one-sided decision and her world title when she made her first defense against Amanda Serrano.

The WBC said it will investigate the “circumstances surrounding the finding” and the “history and properties of the substance revealed by the finding.”

“The WBC considers those steps necessary to achieve a conclusion of the matter consistent with the WBC rules and regulations and with the WBC CBP protocol,” the WBC said in a statement, adding that it would announce the results of its investigation “in the near future.”

After Hardy’s test results were disclosed, she wrote on social media that the reason for her positive test was because she had taken a prescription drug that had the substance in it.

“My VADA test results just came back, negative for performance-enhancing drugs, but detected a prescription drug used to treat kidney and heart problems,” Hardy wrote. “I told the testing & [medical] professionals what I took heading into the fight, a prescription med for period symptoms. They acknowledge this, and now my team is getting to the bottom of the findings.”

Brooklyn’s Serrano (37-1-1, 27 KOs), 30, who has known and been friendly with Hardy for many years, lashed out at her in response to her comments.

“I’m Furious right now! I’ve been respectful to Heather Hardy from day 1. Come to find out her test came back Dirty,” wrote Serrano, who is the only woman in boxing history to win world titles in seven weight classes. “Mine was posted yesterday CLEAN! I’ve Never cheated in my life. Ppls life are at risk when things like this happen. [Promoter] Lou DiBella, I want answers like Yesterday.”