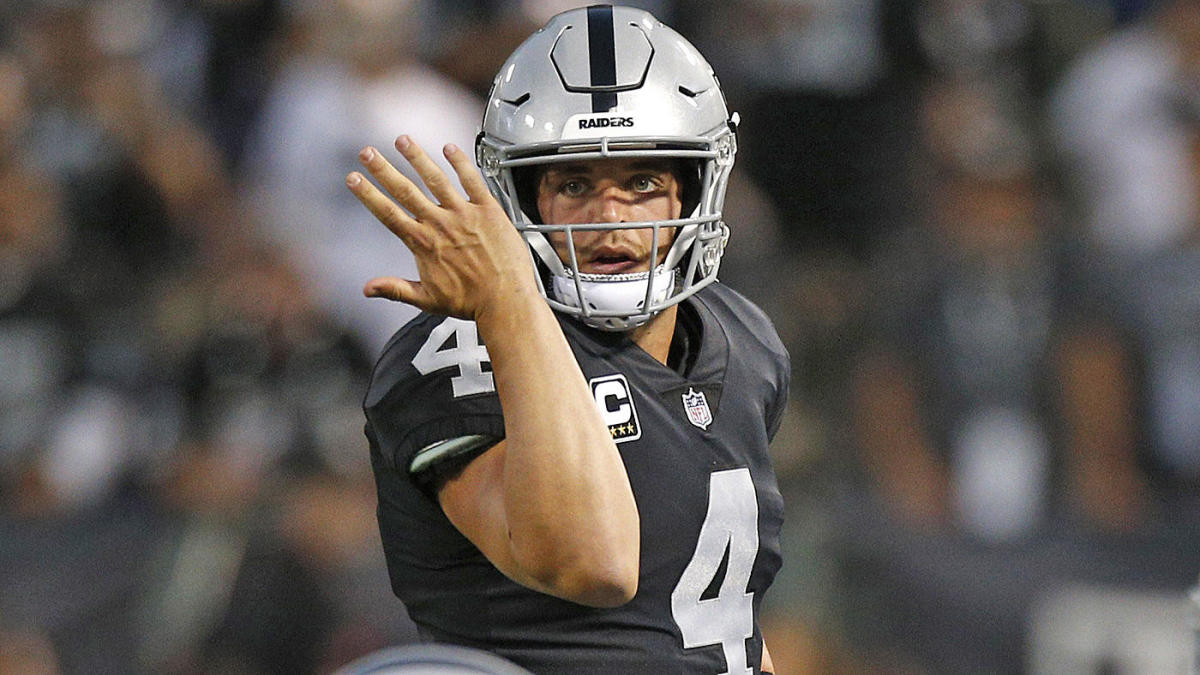 Raiders quarterback Derek Carr definitely doesn’t sound too happy about the NFL‘s decision to suspend Vontaze Burfict for the rest of the 2019 season.

The league announced this week that Burfict has been banned for the rest of the year due to a vicious helmet-to-helmet hit that he made on Colts tight end Jack Doyle during Oakland’s 31-24 win over Indianapolis on Sunday. Burfict was ejected from the game after making the hit, which came in the second quarter.

According to Carr, there were plenty of players who didn’t get punished for making dirty hits in Week 4, so there’s no reason Burfict should have been punished. The Raiders quarterback even went as far as calling the suspension “excessive.”

“We see other people choking people out, and they’re going to play this Sunday,” Carr said referring to the Odell Beckham-Marlon Humphrey fight, via ESPN.com. “We see other people hitting people in the helmet, and they’re going to play this Sunday. And Vontaze Burfict won’t play the rest of the year? I think that’s a little excessive, if you ask me. I don’t think it’s fair, if we really got to know the guy.”

Raiders coach Jon Gruden has already made it clear that he’s upset by the league’s decision. As for Carr, he went on to defend Burfict by pointing out that the veteran linebacker is a “great person.”

“If the people making the decision really knew the guy that we know, inside our building,” Carr said. “He’s a great person, his heart is broken because he’s not playing football. The guy just wants to play football. We don’t get a lot of time to play this game in our lives.”

The problem for Carr is that the NFL is very aware of what kind of person Burfict is, at least on the football field. During his eight-year career, Burfict has been fined or suspended more than a dozen times for making illegal hits and NFL Vice President of football operations Jon Runyan took that into account when handing out Burfict’s punishment for the hit on Doyle.

“Following each of your previous rule violations, you were warned by me and each of the jointly-appointed appeal officers that future violations would result in escalated accountability measures,” Runyan wrote in a letter to announce the suspension. “However, you have continued to flagrantly abuse rules designated to protect yourself and your opponents from unnecessary risk. Your extensive history of rules violations is factored into this decision regarding accountability measures.”

Although Carr admitted that he’s aware of Burfict’s history of fines and suspensions, he said that shouldn’t come into play for the hit on Doyle.

“I know the history situation and all that kind of stuff,” Carr said. “But this one, especially with what went on during the week, if we’re going to be fair, we need to be fair with everybody … I don’t think he was trying to hurt that man; the man was going down. You see it all the time — there’s flags flying everywhere.”

Raiders defensive coordinator Paul Guenther also defended Burfict this week by pointing out that no one else in the league got punished following a brutal Sunday that saw multiple vicious hits.

“You look around the league, I saw a quarterback (Josh Allen) get knocked out of a game the other day and, helmet-to-helmet, this guy doesn’t get ejected,” Guenther said, via ESPN.com. “I saw the opening kickoff (of the Eagles-Lions game on Sept. 22), the right guard, helmet-to-helmet shot, knocks the guy out and stand over him. I saw a guy, the Eagles-Packers game, the first play of the game the defensive tackle (Derek Barnett), helmet-to-helmet, nothing happens.”

The fact of the matter is that none of those players had the extensive history of on-field violence that Burfict has. The only good news in all of this for the Raiders is that Burfict might not be lost for the season. The Raiders linebacker is appealing his suspension, and if he somehow wins, the league will likely reduce his punishment, which would allow the linebacker to return at some point in 2019.