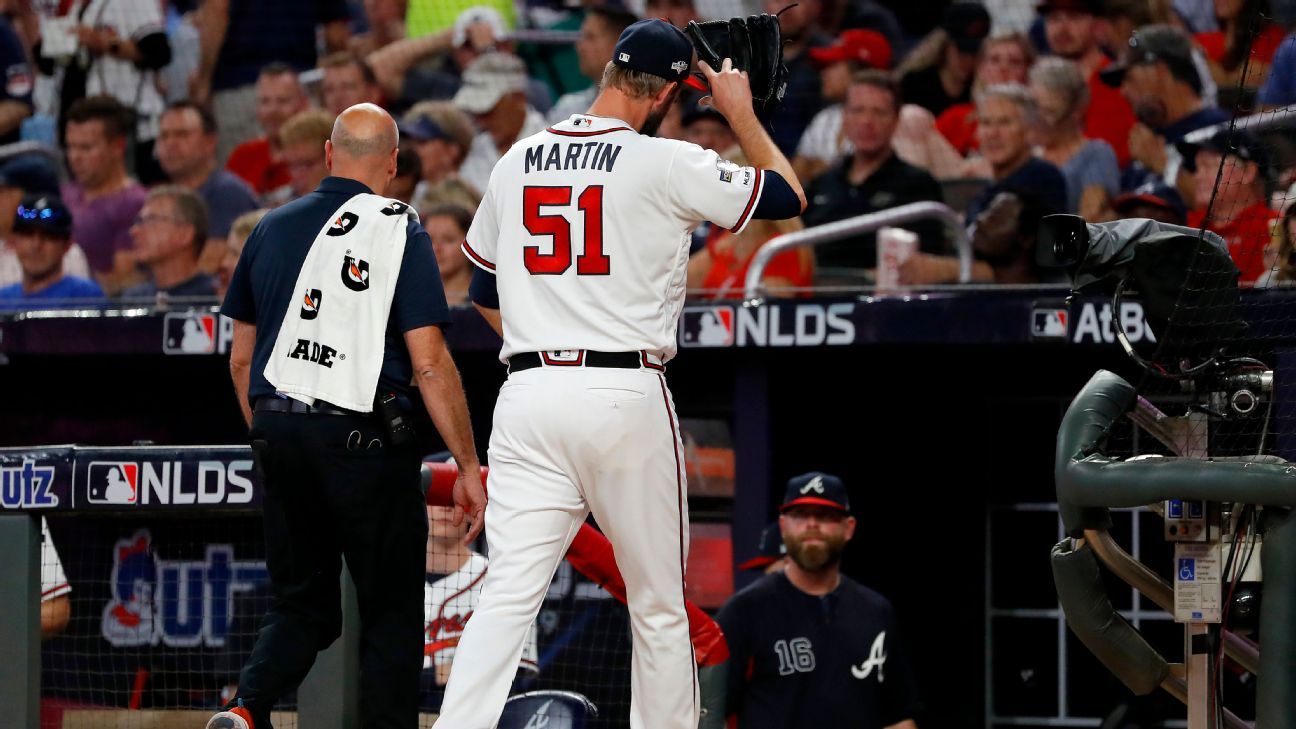 Martin injured his left oblique while warming up before the top of the eighth inning and left the game before he had even thrown a pitch. He is scheduled for an MRI Friday.

The Braves are expected to add another pitcher to the roster Friday. Martin will then be ineligible for the NL Championship Series, should the Braves advance, as well as the NLDS.

Martin’s replacement, Luke Jackson, immediately gave up a solo home run to Cardinals first baseman Paul Goldschmidt, pullling the Cardinals within 3-2, and St. Louis went on to win the game 7-6.

“We had the whole thing set up right where we wanted it,” Braves manager Brian Snitker said. “[Losing Martin] was a big blow.”

Martin was acquired from the Texas Rangers in a trade deadline deal. In 20 appearances over 17 2/3 innings, he posted a 4.08 ERA.