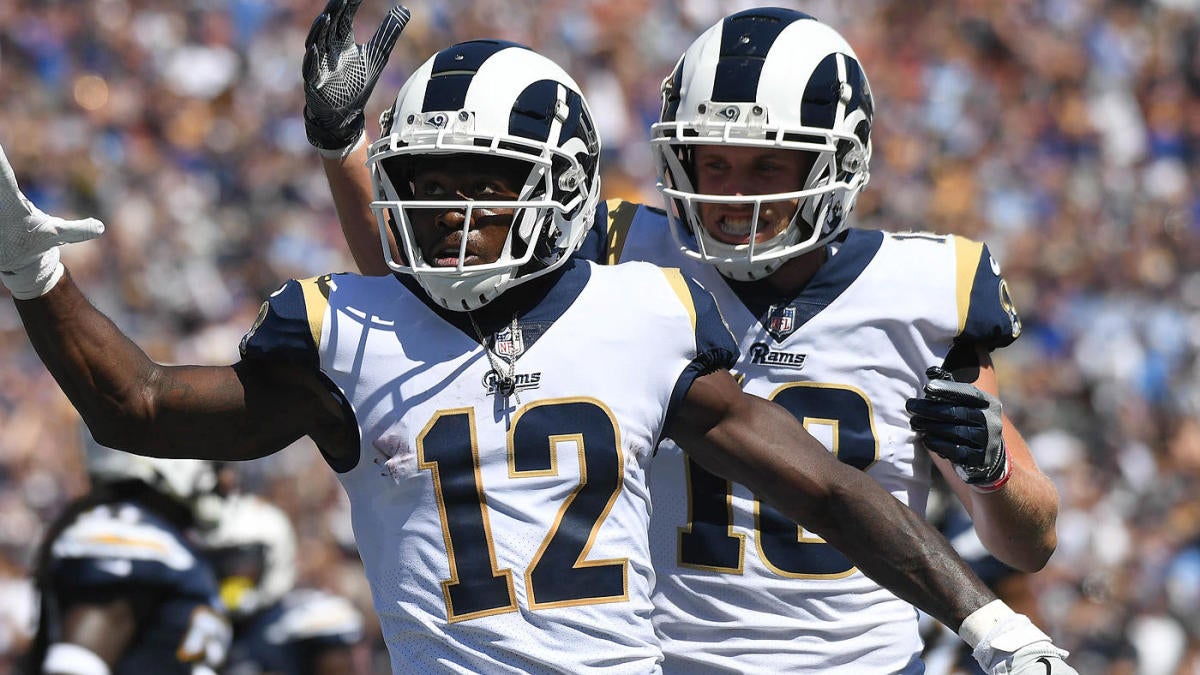 The Los Angeles Rams may have just taken a big hit to their wide receiving corps. Early in the fourth quarter during the Rams’ “Thursday Night Football” matchup against the Seattle Seahawks, Brandin Cooks made a one-handed catch and was tackled hard to the ground, landing on his right shoulder as well as his head.

Cooks remained on the ground for a few minutes while the medical staff examined him. He was able to get up and walk off on his own power, but that doesn’t rule out the possibility that he sustained an injury that could knock him out for an extended amount of time.

The Rams quickly relayed that Cooks was being evaluated for a concussion. The 29-yard catch Cooks was injured on was his only reception of the game. He also had one rush for 27 yards earlier in the matchup.

Coming into this game, Cooks had recorded 19 receptions for 296 yards and one touchdown. He had a much hotter start with the Rams last season, but still is a valuable weapon for this high-powered offense.

Cooper Kupp is the wideout who has again stood out this week. He currently has six receptions for 86 yards and a touchdown. Tight end Gerald Everett leads all receivers with 90 yards on four receptions.