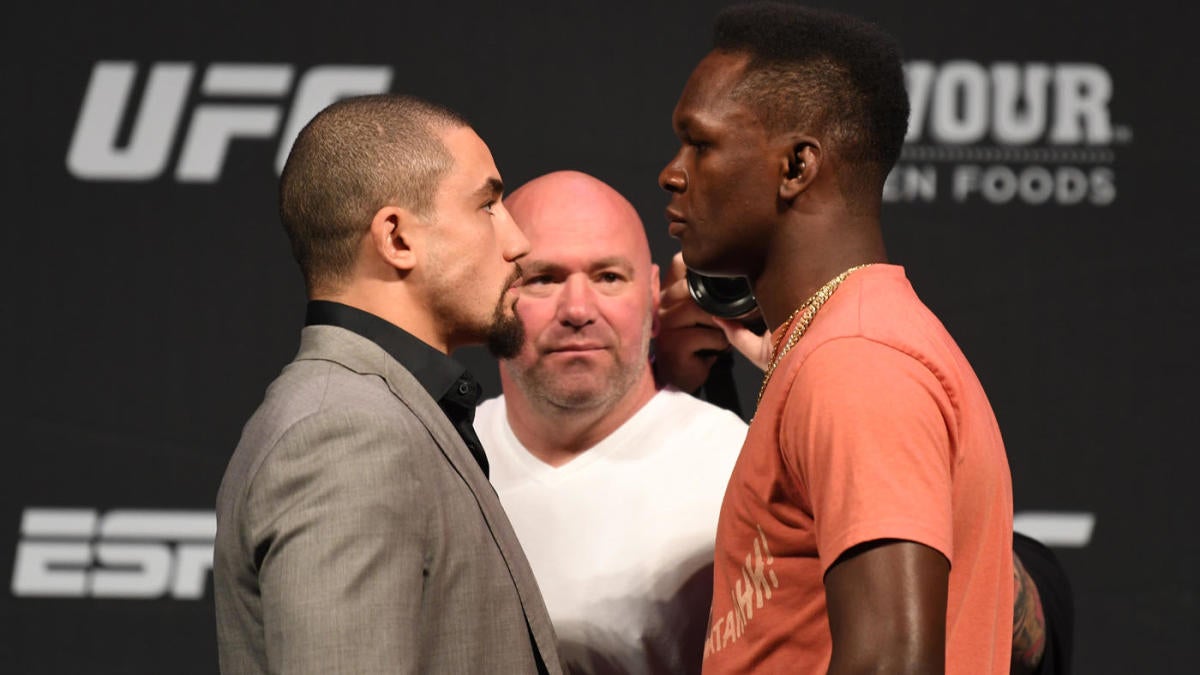 One of the biggest fights in UFC middleweight history will take place on Saturday as 185-pound champion Robert Whittaker takes on interim titleholder Israel Adesanya in the main event of UFC 243 in Melbourne, Australia. Along with unifying the middleweight championship, this weekend’s main event could go a long way in declaring a new breakout star across the sport.

As we draw closer to this must-see showdown that has both the Oceanic region and the global MMA landscape buzzing, let’s take a closer look at the biggest storylines ahead of the card.

1. Let’s be real here: this fight is as good as it gets. Two dynamic strikers in their absolute primes fighting close to home with control of the middleweight division at stake? This clearly has all the makings to be an instant classic considering what’s at stake as well as the timing of the fight. This also has both fans and the two fighters openly preparing for the inevitable violence that should come their way. Adesanya is fresh off outlasting Kelvin Gastelum in an interim title bout from April that was instantly hailed as one of the best action fights in UFC history. Whittaker, meanwhile, only knows one way to fight, and that’s walking through hell with his fists clenched. The oddsmakers have the fight virtually as even money, and from a tactical standpoint, it may be the best matchup on paper that MMA fans will see this entire year.

2. How much will Whittaker’s layoff play a factor in a fight this close? You won’t find a single soul willing to question the toughness of “The Reaper,” especially not after he survived 10 hellacious rounds with Yoel Romero in his last two fights. The problem for Whittaker, however, is those were his only two appearances in the past 29 months. Whittaker enters Saturday fresh off a 16-month layoff in a which last-minute illness pulled him from a scheduled title defense in March against Gastelum. The biggest fear for fighters as it pertains to cage rust is how the layoff will affect their timing. In this fight against a precision striker such as Adesanya, one would think timing would be of the utmost importance. Although Whittaker has kept busy in the gym between injuries and time away, it’s hard not to argue that he’s entering such an important unification fight under conditions that are far from optimal.

3. Expect this to be nothing short of a cultural event Down Under. There’s already an argument to make that this is the biggest combat sports event the Oceanic region has ever known. Emanating from Marvel Stadium in Melbourne (known as Etihad Stadium until 2018), the card pairs the New Zealand native and Australian resident Whittaker against Adesanya, who moved to New Zealand at the age of 13 after being born in Nigeria. The venue already owns the UFC’s record for highest attendance when 56,214 fans watched Holly Holm upset Ronda Rousey at UFC 193 in 2015, and should likely eclipse that mark considering the local ties of both fighters — and an undercard filled with Aussies.

4. What a difference six months makes for Adesanya. While Whittaker’s health scare in March opened the door for Adesanya to fight for the UFC interim middleweight title (thus raising the stakes for Saturday’s fight as a unification), it also provided “The Last Stylebender” with the kind of preparation he simply couldn’t have received inside of a gym. Adesanya enters UFC 243 as the slightest of underdogs, but there’s little question that wouldn’t have been the case had he not been forced to dig so deep in April against Gastelum. Considering Adesanya’s flashiness, brash speech and striking-heavy style, it has been easy for critics to question whether he’s more sizzle than steak. Yet the majority of those fears were decimated by how gritty and adaptive his performance was in not just outlasting a bulldog such as Gastelum in a brutal war but keeping his back off the ground for any length of time in the face of takedowns. Adesanya proved so much at UFC 236 to anyone who had doubt, but he likely did the same to himself and the confidence of knowing he’s made up of everything he flamboyantly boasts that he is, which has to help his mental game entering the biggest fight of his career.

5. This might be Dan Hooker’s time to shine. A teammate of Adesanya in his native New Zealand, Hooker has consistently looked the part in recent years as a potential lightweight title contender. On Saturday against rugged veteran Al Iaquinta, he’ll get the chance to prove it as such once and for all in a fight that should catapult the “Hangman” to the upper half of the top 10 should he be victorious. Hooker is 5-1 in the UFC since 2016, and bounced back from a damaging loss to Edson Barboza last December with a one-punch knockout of James Vick in the first round of their July bout. Hooker will have the advantage of a partisan crowd against Iaquinta in their co-main event slot, and has the opportunity to exit UFC 243 having made considerable noise in the sport’s deepest division.