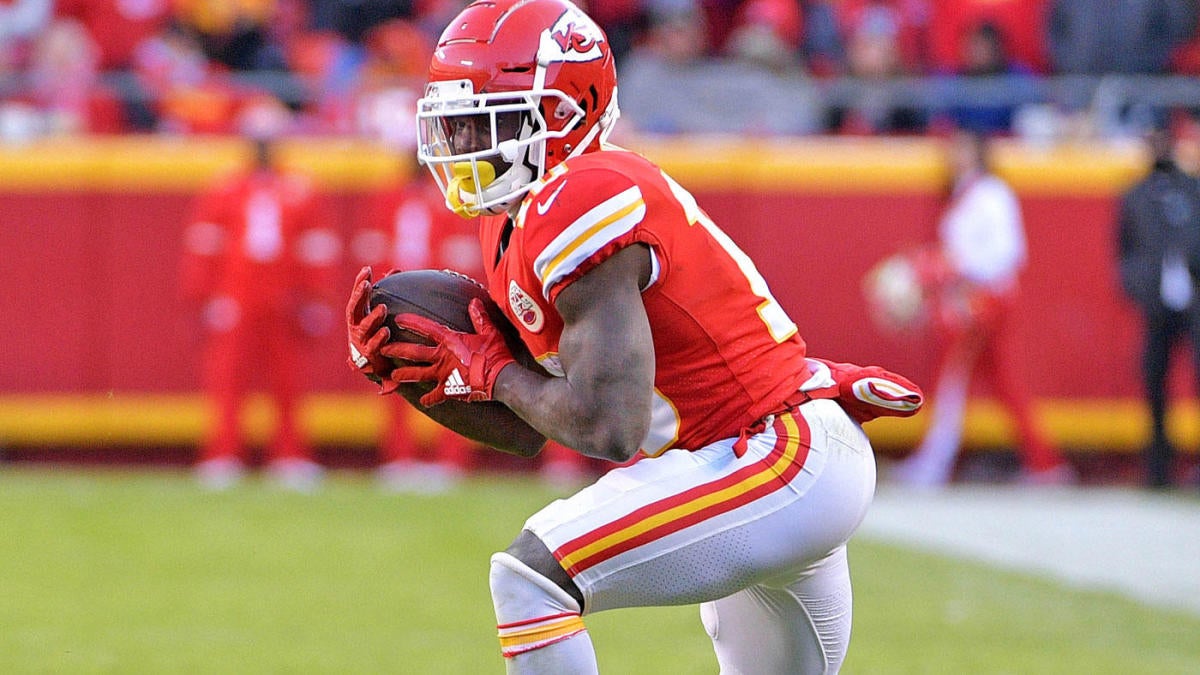 The 4-0 Kansas City Chiefs are very close to bringing their star wideout back into the fold.

On Wednesday, head coach Andy Reid announced that Tyreek Hill would return to practice for the first time since suffering a shoulder injury during the season opener against the Jacksonville Jaguars.

After being tackled by Jalen Ramsey early in the matchup, Hill was carted off the sideline and into the locker room for evaluation by the Chiefs’ medical staff. He was officially ruled out shortly thereafter.

Hill was then transported to a local hospital for further tests. He did not fracture his collarbone, but did suffer a sort of dislocation.

“He had a sternal clavicular joint injury, which is where your clavicle comes out of your sternum,” Chiefs head athletic trainer Rick Burkholder said in a statement. “He’s being treated [at the hospital] to reduce the dislocation of the injury. We don’t have any more update on that. … We’ll give an update in the next day or two.”

The following week, it was reported that Hill would miss around four to six weeks. The Chiefs opted not to place him on injured reserve, with the belief that he wouldn’t have to miss eight or more weeks. Missing Sunday’s matchup with the Indianapolis Colts would mark four weeks since his injury, and his status for Sunday remains up in the air.

Adam Schefter reported that the Chiefs received good news on Hill’s most recent checkup, but they want to see how he looks at practice before making any decisions, as to not rush him back.

The Chiefs’ offense hasn’t suffered any setbacks without their three-time Pro Bowl wideout. Mecole Hardman and Demarcus Robinson have stepped up in his absence, recording a combined 22 receptions for 417 yards and five touchdowns over the past three weeks.

What’s even more comforting for the Chiefs is that they proved they don’t have to air it out to win games. During last week’s 34-30 win over the Detroit Lions, Patrick Mahomes threw for a season-low 315 yards and no touchdowns. Kansas City’s ground game carried them to their fourth consecutive victory against an elite defensive unit.

Bringing Hill back will only strengthen this offense, supporting the case that the Chiefs should again be a favorite to make a deep postseason run.