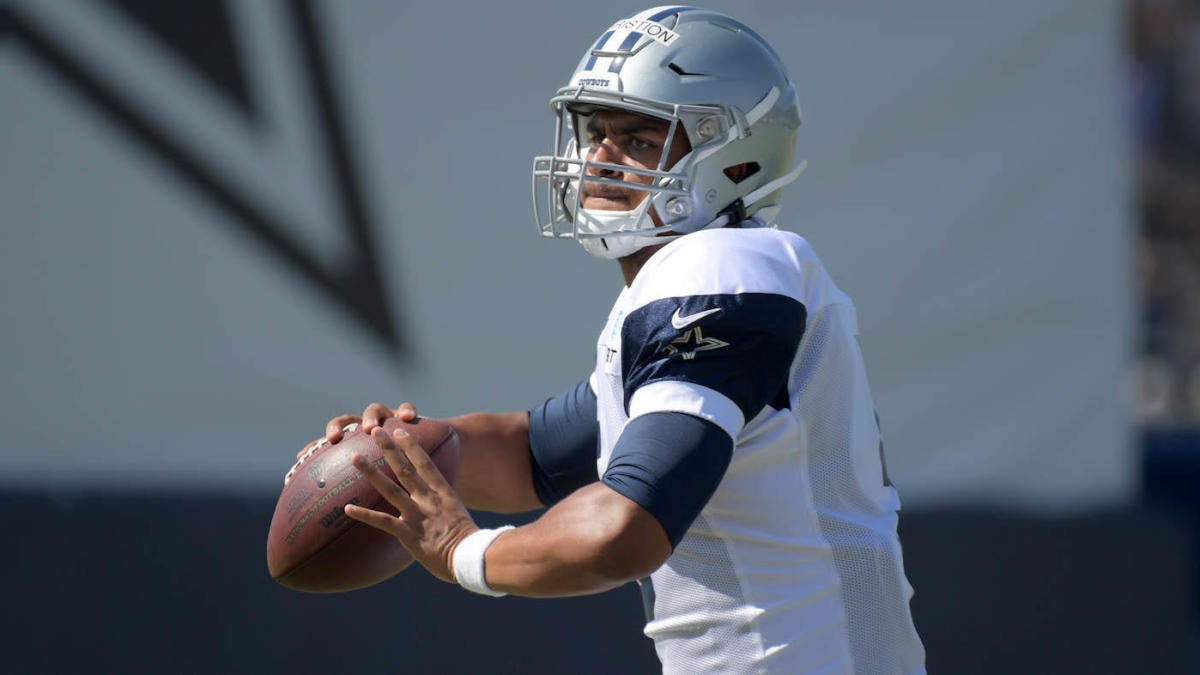 Lamar Jackson is a unique challenge for any team to scheme against and prepare for. The Ravens‘ second-year quarterback has tremendous escapability and can do tremendous damage with his legs. Jackson’s leap in passing ability from Year 1 to Year 2 has only made the task of readying a defense to face him that much more difficult.

So, how do you do it? This is the question that Mike Tomlin and the Steelers defense faces this week leading up to their critical Week 5 matchup in Pittsburgh. And they went all the way to South Dakota to try and answer it.

On Wednesday, the Steelers signed Taryn Christion to the practice squad. While he’s not Lamar Jackson (because he would have been drafted if he was), Pittsburgh is hoping that the South Dakota State product can at the very least mimic some of his skills to help them be better equipped to face him at Heinz Field to keep pace in the AFC North.

After all, Christion, who was signed as an undrafted free agent by the Seahawks and spent training camp with the Cowboys, does have a similar skill set to Jackson. At South Dakota State, Christion rushed for 1,515 yards, logged 11,535 passing yards and had 130 total touchdowns.

Christion can sure mimic Jackson’s speed as he was able to clock a 4.5 40-yard dash and his collegiate career completion percentage of 60% should put Pittsburgh in as good of a position to face Jackson as they could ask for.

Christion is also the first player to sign following last week’s Pac Pro Scrimmage and could pus the league into having in-season combines to search for elite talent across the country.